As cannabis is made legal in more countries, WARC’s Chiara Manco highlights three food brands that have targeted users effectively.

New York-based investment bank Jefferies Group has estimated that the global cannabis business is expected to be worth $130 billion by 2029. But there’s money to be made from the munchies too, and this is where a confectionery brand and two quick-service restaurants have been quick off the blocks to target cannabis users.

With the emergence of this new sector, the big risk is to thunder in, hit the wrong note and damage long-term brand equity. The three case studies below show how to be bold, authentic and effective.

In Canada, Hershey’s candy bar Oh Henry! saw the legalisation of marijuana as a chance to grow its penetration among millennials. Like Mars-owned competitor Snickers, the brand is positioned as a hunger bar, so it presented itself as a satisfying solution to the munchies with an integrated campaign through UM Canada and Anomaly that planted it squarely in cannabis culture.

There are many legends around why the numbers ‘420’ have become synonymous with cannabis, but regardless of which one is accurate, they are now inextricably linked with marijuana: 4:20 is slang for when it’s time for a toke, and in some countries, cannabis-related celebrations occur on 20 April (4/20 in the US). So it made sense for Oh Henry! to launch a new chocolate bar for 4:25, when it would be the perfect solution for the munchies. The 4:25 bar contained less chocolate and more peanuts, packing enough protein to beat even the most extreme case of the munchies. 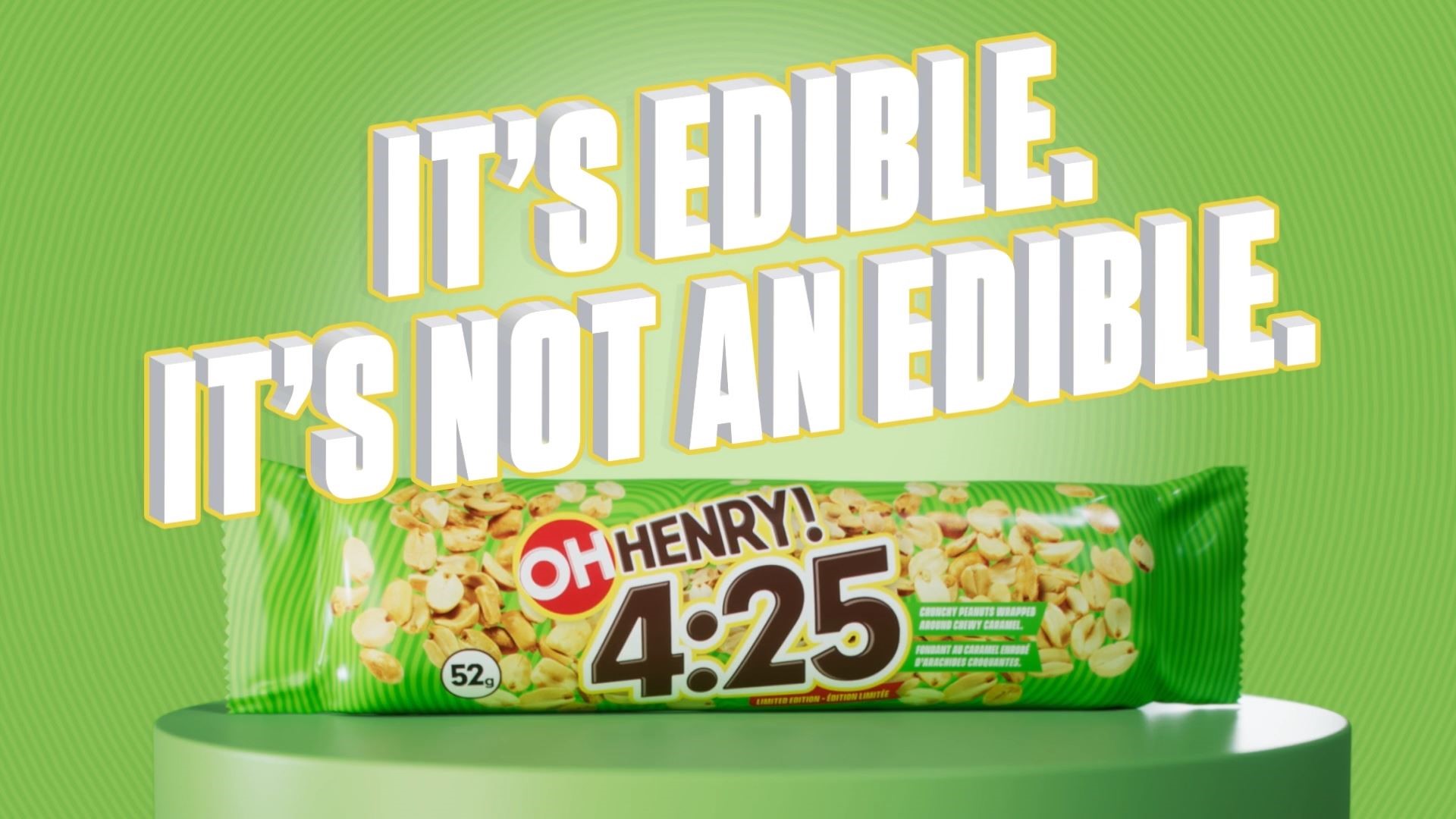 From bright green packaging featuring taglines to get cannabis smokers giggling, to sampling in a branded dispensary, the 4:25 bar set out to appeal overtly to its audience. In the media mix was a partnership with YouTube channel Epic Meal Time (which, in the spirit of the show, involved a 100-pound 4:25 bar) and a sampling push at the Toronto Global Marijuana March, where Oh Henry! distributed 15,000 bars – at precisely 4:25, of course. 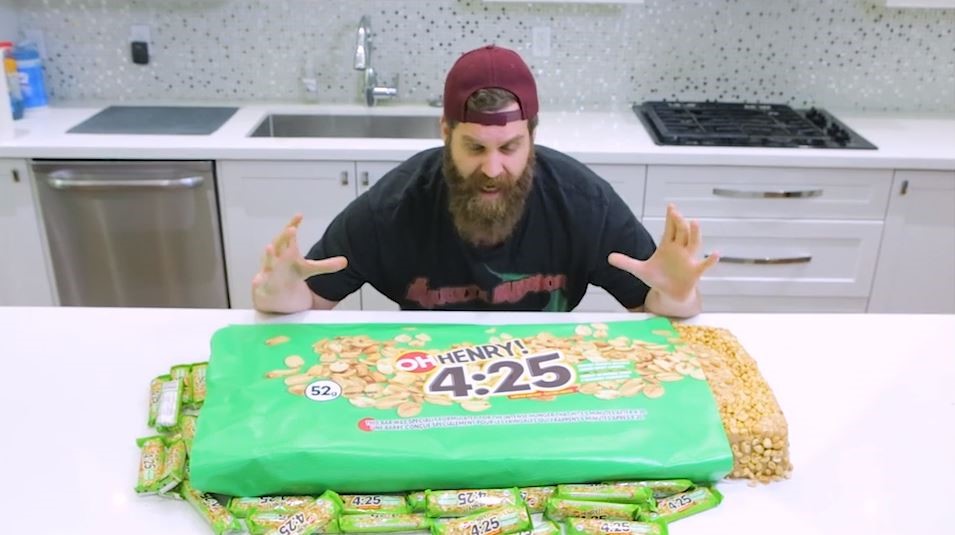 Oh Henry! achieved a 33% increase in penetration among millennial households and boosted awareness, purchase intent and brand health. This week, it took a Gold for Effective Channel Integration at the WARC Media Awards. Mathieu Gamache, Senior Marketing Manager, The Hershey Company, writes in the case study on WARC: “We took a creative risk for two main reasons: it was a real consumer need coming from a strong insight, and it was in line with the Oh Henry! brand strategy. The 4:25 campaign delivered half the growth of the brand and introduced it to a whole new generation of consumers.”

Restaurant chain Wingstop took a different approach. Through agencies Starcom and Barkley, it identified 4/20 celebrations as the perfect occasion to reach its audience of urban millennials. It found that 20 April no longer meant marches and activism; instead cannabis users were celebrating by binge-watching video. So Wingstop captured its audience’s attention through video, creating 15-second spots on US streaming service Hulu.

The ads featured a chorus line of characters inspired by Wingstop products – wings, fries, drinks and ranch sauce. However, every time the spot replayed, it got weirder: the background changed, voices morphed and random images cut in – a clear call for those celebrating 4/20 to take a break and order food from Wingstop. The videos were retargeted on YouTube and social video, as well as shown in cinemas before R-rated films. 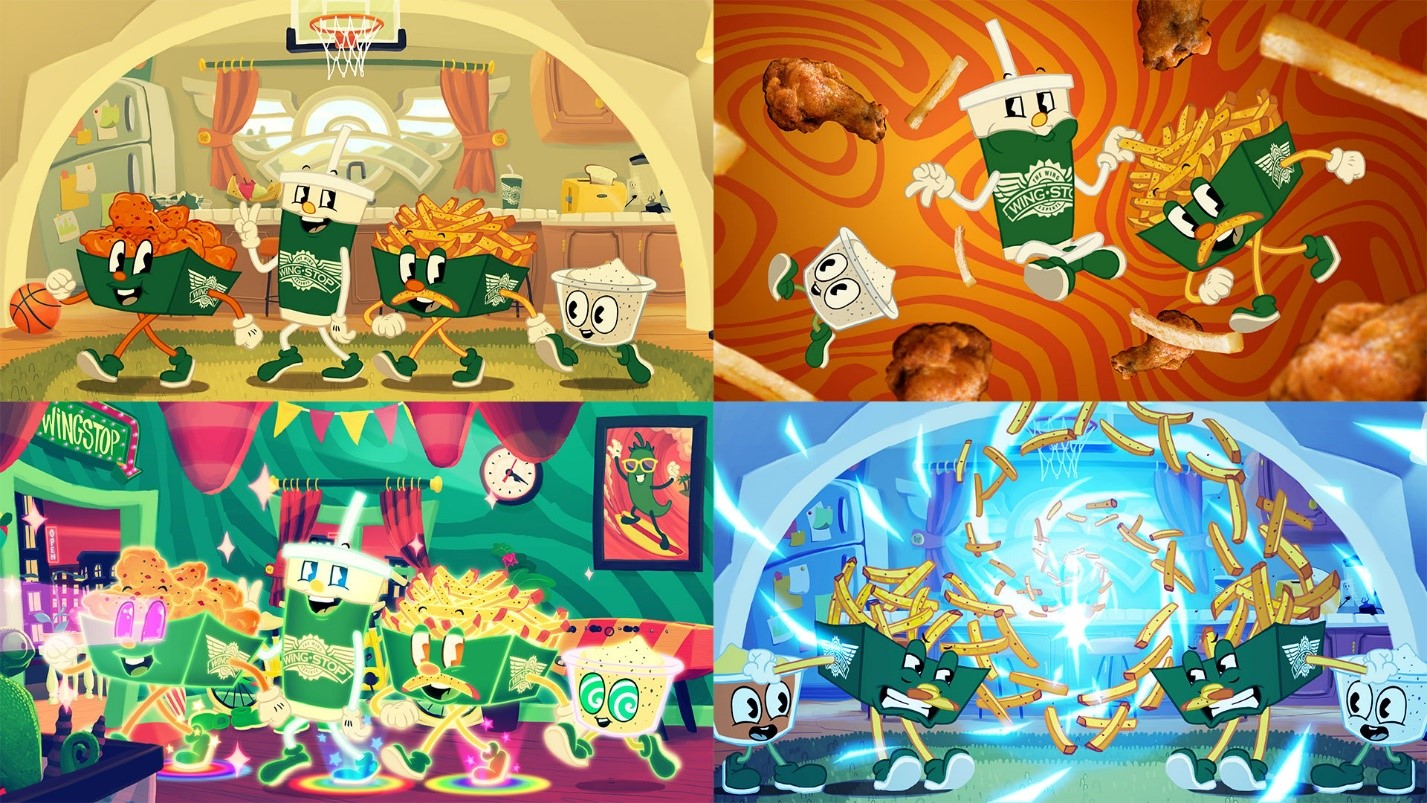 The trippy videos resulted in the most successful 4/20 in the restaurant’s history, with year-on-year ROAS increasing by 54% and same-store sales by 8%.

Finally, Pizza Pizza, a Canadian quick-service restaurant chain, increased sales by 70% and stole market share from Domino’s and McDonald’s by investing in a late-night tactical push.

Through agency Media Experts, it launched a $4.20 walk-in pizza promotion on 20 April, overtly targeting cannabis users. Spending 86% of its budget on mobile, the restaurant increased average order sizes and cut its cost per online order, as well as hitting its highest sales in two years. This case study took Best in Show at the 2019 North America MMA Smarties.