The end of the NME print product would imply that the iconic music paper was in terminal decline, but Shaun Austin of Future Thinking disagrees. At its core, the magazine is well placed to adapt to an online model, leveraging its compelling subject matter and experienced journalists to create a tailored offer for readers and a convincing environment in which to advertise. Here’s how.

Generations of music fans grew up with the NME. However, after 66 years one of the UK’s most iconic publications has finally bowed out - at least in its physical form. It felt as if the move to a ‘free’ (i.e. ad-funded) weekly model in 2015 might give the print weekly a second lease of life, but that wasn’t to be. Certainly, it’s sad to see yet another British institution disappear, but it doesn’t seem much of a surprise… At least until you consider the size of its audience.

Before its demise, NME reached a very healthy print readership of just over half a million, with roughly 460,000 people reading it online each month. However, rising print costs outweighed the advertising revenues, which meant it wasn’t a viable proposition for the new owners. Closing the weekly was one of the first decisions they made.

Compared to other weeklies, such as Time Out, Autocar and Radio Times, NME wasn’t performing too badly. In fact, it featured in the top five weeklies for print readership. Most other weekly titles generate revenue from the cover price to supplement their advertising revenue. Time Out was the only other freely distributed magazine in this list but it had double the audience, so it would seem a readership of one million plus is required to mitigate the production costs of a physical product.

NME’s revised strategy is to focus on its digital product, and from a topline read of the NRS numbers, this seems like a good idea. The online readership for NME is the third highest in the weeklies market, however, it still faces significant challenges given that the second highest online readership in the list is almost twice that.

The Independent went fully digital in the last year and it seems highly likely other newspapers will follow its lead. The press is more resilient than magazines though, a higher proportion of readers consume content in print as well as online, which is down to the fact their websites are continuously updated. However, data from our recent self-funded study (Future Thinking Media Trends Study) should raise alarm bells for non-news focused publishers, notably 62 percent of our nationally representative sample said they haven’t read a magazine online/app in the last six months.

There presents a clear challenge, magazines must innovate, whilst retaining quality and trust in an online world. Social media channels offer a window of opportunity to some extent. Our research indicates social media has become one of the main channels for new and existing readers to access articles: 30 percent of people do so on a daily basis, making a concerted social media strategy key to driving reach. However, Facebook - the biggest social network in terms of reach - recently changed its algorithms to de-prioritise posts from publishers. As such, it’s prudent not to rely on this strategy in isolation.

NME has some key advantages in making digital work in spite of all the barriers: the title is about music, not only is this is a key passion point that can bring audiences together, it also offers multiple avenues for the new owners to expand and extend their offering.

With the proliferation of smart speakers, and as listening to audio on the go becomes easier, we’ve seen a significant rise in the consumption of podcasts and other speech audio. NME has all the assets in place to grow its reach in these areas to keep its brand alive and kicking. It has already started to make in-rounds into this arena, with the NME app coming pre-installed on some smart devices.

However, there is a greater opportunity here - its journalists. The existing relationships with record labels and artists gives NME the means to develop an all-encompassing digital audio version of the magazine. Furthermore, there’s an opportunity to align this with the existing website and other digital properties.

In order to make this a success, the publisher must put the readers first and understand how to best cater to what they want and expect from the brand. NME has 66 years’ worth of goodwill – and content – to call upon. It can also offer advertisers the safety net of curated content and an environment ideal for contextual advertising.

Print must evolve to suit the needs of their audience and adapt to a fast-changing market. NME benefits from a predominantly digital native readership and an iconic brand, so let’s hope this latest move simply represents the next chapter in its ongoing success. 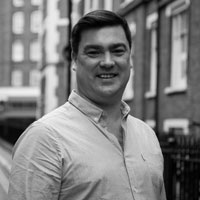