Media consumption is changing, but that’s not news to most. The dawn of social media platforms shook up the way in which we consume media, mixing up the variety of channels, the amount of time we spend on each and the types of devices we use.

What is new is that younger users are now staying informed about the latest news via social media platforms, research from Ofcom has shown.

The results of the report show that, for the first time ever, Instagram is the most popular news source – used by 29% of teens in 2022 at the expense of traditional media outlets which still dominate in older age groups.

Printed newspapers have been in decline for many years, accelerated further by the pandemic – falling from 35% of the population reading a paper in 2020 to 24% today.

Meanwhile, the number of people consuming news on TikTok has increased from 800,000 in 2020 to 3.9 million in 2022, with half of these users aged 16-24. These figures are comparable to the number of users relying on the Sky News website and app for news updates.

Yet despite its newfound popularity, less than a third of young people (30%) Ofcom surveyed said they trusted the news content on TikTok. So with news consumption on the rise on social media platforms, but mistrust remaining high, what is the future of social media as a news source? And what is the potential for brands and influencers with this new responsibility?

Younger consumers’ preference for sourcing news updates from social media platforms is a result of the naturalisation of social media among younger users – the first digital-first generations. They have grown up with easily accessible social media channels, on the go, 24/7. In comparison, older demographics had little to no social media access when developing their media consumption habits from a young age, instead turning more readily to traditional news outlets such as newspapers, TV and radio.

This has created a generational divide in trust in social media platforms between younger and older demographics. There is still widespread scepticism about social media channels as a news source across all ages, as reported by Ofcom, which has understandably been further damaged by recent negative stories about pervasive disinformation across the platforms. However, younger users are still far more trusting of them than their older counterparts and they may have legitimate reasons for preferring social media for news updates. Although social media platforms still have a long way to go to clean up ‘fake news’, they nonetheless have the power to democratise opinion, allowing users to have their say and be heard. Meanwhile, trust in traditional news outlets has been damaged by a growing tribalism, as political biases heighten scepticism.

As a result of this, we may see this trend in consumers using social media as a news source further accelerate over time.

This change in consumer behaviour has seen social media channels and the content outputs of brands and influencers morph from a focus on entertainment and aspiration to embrace education and information as well. Users are connecting on a personal level with their favourite creators and naturally leaning on them not only for recommendations but also for information.

As more of us increasingly consume news on social media platforms, brands and creators have a responsibility to deliver accurate information. This trust can be used positively, for example, the NHS using influencers to drive an increase in the vaccination rate among younger age groups; or it can be used negatively, for example, Love Island stars promoting illegitimate weight loss products.

In this new era of news consumption, social media platforms and the brands and creators who post on them will have new opportunities but also more responsibilities. Walking this tightrope will be a delicate balancing act and will require careful consideration. But if managed successfully, it offers plenty of potential. 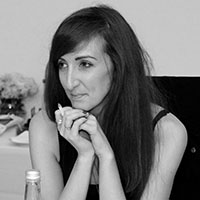