This article is part of a series of articles from the WARC Guide to net zero marketing.

Setting a net zero target is only the first step to bringing down greenhouse gas emissions. Companies need a plan, interim milestones, a realistic approach to ‘offsetting’, built-in accountability and a reputable standard to adhere to, says Peter Chalkley, Director at Energy and Climate Intelligence Unit.

As brands go, ‘net zero’ probably wouldn’t make it into the ‘maybe’ pile for labelling the heroic mission to halt climate change. Its meaning is not self-evident and, as a rallying cry, it hasn’t caught on in the same way as other much-repeated slogans among the streets of climate campaigners. Greta Thunberg’s impassioned ‘listen to the science’ has in many ways cut through more.

But at its heart net zero is simply an expression of science. Start with ‘zero’. Put simply you can’t prevent climate change from getting worse if the build-up of emissions in the atmosphere keeps increasing. The ‘net’ reflects the fact that there are activities that are stubbornly difficult to decarbonise including flying and aspects of farming, which will still be putting emissions into the sky in 2050 and beyond. Soaking these up by planting trees that take carbon from the atmosphere and store it in their trunks as they grow — or indeed, new technologies that make machinery do likewise — is necessary if we are to bring balance back to our climate system.

And yet, in spite of its relative obscurity just a few years ago, the net zero concept has gone from, well, zero to climate hero among countries, cities and corporates in its short lifetime. Anything less than net zero won’t stop the problem getting worse and so isn’t up to the challenge. The Net Zero Tracker tells us that 90% of global GDP is now covered by a net zero commitment, which breaks down to 136 countries, 234 cities and 683 of the largest 2,000 listed companies on the planet.

Many of these commitments are designed to be ‘in line with’ the ambition of the now famous Paris Agreement, negotiated by all of the world’s countries back in 2015 to limit temperature rise to “well below 2°C above pre-industrial levels and to pursue efforts to limit the temperature increase to 1.5°C”. And then in Glasgow at the COP26 summit in November last year, the latest science was reflected in a shift of mood making a limit on warming of 1.5°C the central aim. A rise of 1.5°C may not sound like a lot, but it’s an average figure across the globe and, even at this level, 70-90% of the world’s corals (on which millions of livelihoods depend) die. When you bear in mind humans have already heated the planet by 1.2°C, you can see why so many country-level targets are set at 2050 or before. And some corporate targets come in way in advance reflecting the fact that decarbonising office space and travel isn’t that hard in the grand scheme of things.

To poach that iconic Australian tourism campaign slogan, if you don’t have a net zero target yet “where the bloody hell are you?” Companies not at the net zero party are becoming increasingly conspicuous and that includes those in B2B markets, not only B2C.

But setting a net zero target is only the first step to bringing down emissions. You need a plan, interim milestones, a realistic approach to ‘offsetting’, built-in accountability and a reputable standard to adhere to. Maybe as a starting point take a look at the Race to Zero’s criteria.

Take a realistic approach to offsetting

All net zero targets are not created equal, far from it in fact. NGOs, and increasingly, investors have an allergic reaction to ‘greenwashing’ and this means your net zero target needs to be as good as you say it is. Companies are already getting called out for not having targets, but increasingly companies will also get questioned about any details of their plans not matching lofty rhetoric. The New Climate Institute recently published analysis scrutinising the validity of 25 big brand companies’ targets by poking into the footnotes and appendices. Not many passed with flying colours.

Offsets is one area where targets consistently fall down. Paying for nature restoration and tree planting to mop up residual emissions from your inventory is fine, but only in small quantities. In the aggregate, targets assume far too much offsetting – there simply isn’t the land on Earth to plant that many trees if all companies follow suit.

Another basic trip-up is covering scopes 1 and 2, but not 3. That is to say, direct emissions, indirect emissions (e.g. from the portion of gas burned to generate the electricity purchased), but not value chains (downstream and upstream) where most of a company’s carbon footprint tends to live.

Net zero targets and plans will evolve, but companies are going to need to be honest and willingly embrace a journey of ever tighter target integrity.

But net zero isn’t just a brand, or an expression of science, or indeed a target, it truly is a global megatrend, a race and also a means to a cleaner, healthier way of life. In the context of the societies they inhabit, companies that are setting a target need to see the bigger picture too. Publics want cleaner air, healthier diets, and in the context of the recent tragic events in Ukraine and the increasingly volatile oil and gas markets, greater energy security – with more clean homegrown energy, particularly wind and solar that doesn’t require a pipeline.

Net zero is also a catalyst and driver of innovation. Perhaps my favourite example is that of shipping line Maersk which set a 2050 net zero target, set about making clean shipping technology a reality and then reset its net zero target to 2040 just a few years later. By embracing the innovation required to decarbonise shipping, it realised there was a market for it from clients (providing a major competitive advantage), and that the technology could be fast-tracked.

Some will say net zero isn’t enough, that ‘real zero’ is what’s required. The reality is there will always be some residual emissions, so the ‘net’ will be needed, but targets should be as close to zero as possible. And while 2050 sounds like a long way off, to stay on course we need to be halving emissions over the next decade. Long-term targets mean immediate near-term action.

But the first step is ensuring you have a net zero target that’s up to scratch.

It’s not easy being green - How can marketers make it easier for people to live sustainable lives?
Crawford Hollingworth and Liz Barker
The Behavioural Architects 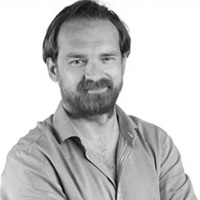 Peter Chalkley is Director at Energy and Climate Intelligence Unit.
Get a demo
Topics
Send feedback