As gaming finally arrives on their radar as a salient and far-reaching media channel, agencies have held more conversations with brands about how best to enter the space, says Robert McLaren of the7stars.

“Everyone’s a gamer” now, or so began the tagline of E3 – the largest trade event in the industry – way back in 2007, echoed by several opinion articles since.

Today we can contend that they were right all along. Gaming reached 60% of the UK population in 2021, fuelled by a pandemic boost. The industry is booming, with the global video game market expected to surpass the $200bn mark in 2023.

As gaming finally arrives on their radar as a salient and far-reaching media channel, agencies have held more conversations with brands about how best to enter the space. Despite this, a lack of understanding of the nuance of the gaming world, coupled with continuing stereotypes about users, continues to create uncertainty among advertisers.

the7stars sought to dispel the longstanding myths surrounding gaming and outline best practice for brands wishing to engage with the many divergent audiences who count gaming as a passion in our latest whitepaper, Level Up: the brand opportunity in gaming.

Moving beyond the myths

The prevailing stereotype of gamers, as reinforced in popular media, has long been one of a group of mostly young, mostly male players, doing an unsociable activity at unsociable hours of the day. As the sector has grown and new audiences have emerged, this image – if it was ever accurate at all – has been replaced. Our nationally representative study of 1000 UK adults who regularly game showed that women are, in fact, just as likely to game, with mobile genres in particular achieving high levels of female representation.

While our research did not survey children – almost all of whom grow up gaming on native devices – we found a near-even split between 18-34s and those aged 35+ within the channel. Indeed, the ubiquity of smartphones among all age groups has opened up new avenues for the casual gamer to drop in and out of their favourite titles. Brands making forays into in-game media must first recognise the breadth and variety of the audiences they could reach.

As societal perceptions of gamers have evolved, there has been a shifting consensus on the impact of gaming on consumers’ mental health. A landmark University of Oxford study, published in July, found no causal link between gaming and poor mental health. Our research supports this analysis, uncovering the positive social experiences many gamers draw from their time spent playing. Intentions to game as a stress reliever or an everyday escape were common themes across all user types, regardless of experience.

Despite the expansive size and scope of the gaming universe, most users feel part of the wider community, with 74% having interactions outside of playing games themselves. For two-fifths of gamers, a sense of connection to their fellow players is a main driver of gaming, as evidenced by the boom in popularity for shared experiences, such as visiting friends’ islands in Animal Crossing, during the loneliest days of lockdown.

With gaming largely remaining an untapped area for media investment, one might assume that brands who choose to enter the arena would be treated with hostility. Our research suggests that this is not the case, with gamers both familiar and broadly receptive to most forms of advertising within the gaming universe.

There is an opportunity for brands to build positive, two-way relationships with players by exhibiting genuine interest, and behaving authentically in the category. Indeed, many sectors are recognised as a natural fit for gaming worlds, including automotive, fashion and retail brands. For brands in other sectors – notably gambling – there is further trust to be built. Still, the presence of sponsored content within the community is expected – and can be welcomed if coupled with incentives.

Though they share many of the same motivations, gamers are not a homogeneous bunch. Brands should carefully consider the type of audience they wish to reach – and the potential barriers of doing so – before committing any media investment to gaming.

Our research segmented the total UK gaming universe based on a combination of time spent within the channel and the emotional importance placed on gaming, resulting in five distinct groups. These audiences differed not only on choice of genre and preferred platform, but on receptivity to advertising.

For those who commit most of their time to mobile gaming, in-game adverts to unlock new stages are seen as par for the course, whereas those who dedicate themselves to console gaming and are highly invested in the community may react with more suspicion to brands seen to be interfering in a sacred space.

More than the Metaverse

Much of the discussion around the emergence of gaming as a commercial media channel has focussed on brands exploring the Metaverse. While there is significant potential in this space, with half of gamers interested in participating in a developed Metaverse, it remains largely a hypothetical concept, with low current user counts among proto-Metaversal platforms such as Decentraland and Horizon Worlds.

The wider gaming universe is already an expansive, nuanced channel, with millions of players worldwide and opportunities for brands to join the game in a variety of ways. Brands who become involved should do so cautiously, to avoid rejection by the community – but with diverse, engaged audiences to be reached, marketers should consider gaming alongside other channels.

Levelling up: what should brands do?

For many brands looking to power up their media strategy with gaming, the space can at first feel like uncharted territory. At the7stars, we advise our clients to consider the following five points before committing any investment to gaming:

You can download the full whitepaper online at https://www.the7stars.co.uk/level-up-gaming-whitepaper/ 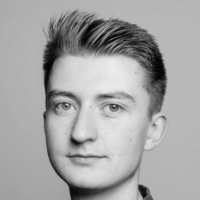 Robert McLaren is Insight Lead at the7stars.
Get a demo
Topics
Send feedback