"I have some breaking news," Randall Rothenberg, the Interactive Advertising Bureau's President/CEO, told the seventh annual gathering of the organisation's MIXX Conference in New York. "The innovations that will change your world over the next 18 to 24 months will have nothing to do with technology."

Technology, in fact, will be absolutely irrelevant to the future of marketing and advertising in the immediate future, he suggested. "Technological breakthroughs will fade from the forefront and become immaterial."

And, asked the IAB head, "Where does differentiation come from in a world of efficient media? It comes from what you put inside the time slots." 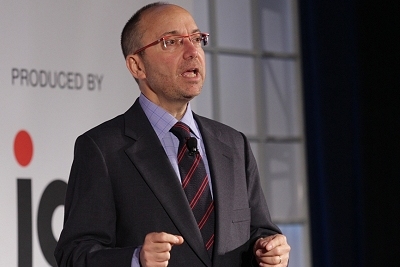 MIXX is using a ‘What's the Story – Building Narrative in the Digital Age' theme for its current session, and the IAB has partnered with The Martin Agency of Richmond Virginia – most widely known for its six concurrent television campaigns for Geico Insurance – as its conference content provider. (The topic echoes a recent Microsoft presentation at Spikes Asia in Singapore, and the current Admap focus.)

Mike Hughes, president of The Martin Agency, probed the power of messages with his own compelling narrative. In ‘Storybuilding vs. Storytelling: New Techniques of Telling Stories That Change Values and Behaviors', an oversized "84 percent" was projected onto the two screens aside the presentation. Hughes volunteered, "I have Stage 4 lung cancer." And, 15 years ago, when doctors diagnosed the disease, he was told that there was an 84% chance that he wouldn't survive another five years. 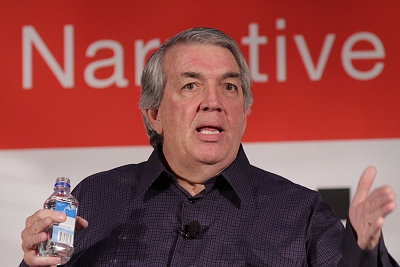 "I didn't want cancer to define me," he told the IAB/MIXX audience. But, in the decade-and-a-half since he first came to grips with his illness, the nature of storytelling had changed.

"Thirty years ago, I would have wanted to keep the story secret and confidential. If word had gotten out, I would have tried to quash it." But, as digital media drove rampant information disclosure, Hughes realised it might be easier to manage his disease than his privacy. "And, with the reasonable chance of abrupt change at top level, I thought that the agency's employees and owners should know."

Today, he added, public stories are built by crowds. "That's good, in some ways, but not all together good. I had to worry about how my story would be told."

The response was immediate and passionate. "At this point, to a certain extent, it's embarrassing I'm still alive."

But as Hughes continued to keep his cancer in check, he continued to explore the changing nature of narratives – his own and the stories that supported his brand. So compelling were the then-and-now scenarios that he brought his insights to Rothenberg and the IAB as possible conference fodder.

"The only difference between a brand and a product is the story," Hughes told the audience. "We begin the story, but then we become part of an uncontrollable group."

In some instances – the Geico campaign an example Hughes knows well – the storytelling becomes so compelling that it provides ample opportunity for crowds to build on a marketing idea and take it into new directions that provide new opportunities for exposure to new audiences:

"Storytelling" – the stuff of traditional television advertising – "has a beginning, a middle and an end.

"Storybuilding – the process of consumer-driven information dissemination – has a beginning and no end.

"Storytelling has an end point; storybuilding is a goal.

"Storytelling is a sermon; storybuilding is a discussion.

"Storytelling is directed at people; storybuilding happens with people.

"In storytelling, we edit; in storybuilding, anyone edits.

"Storybuilding is more powerful than storytelling because we all participate.

Rothenberg observed, "Even the most technology-driven companies now are focusing more and more on the art and craft of storytelling," he said. His examples:

And, the IAB president concluded, "In our digital industry – now and forever more – the story is the story."