Every year in Barcelona people gather for MWC, the world's definitive telecommunications trade show. The official theme this year is ‘Intelligent Connectivity’, in reference to the upcoming intersection of IoT, AI, 5G and hardware, which will transform the industry. Fjord's Mark Curtis looks at some of the trends to watch out for.

This year we should expect a different experience at MWC. Two decades of rapid technology growth and innovation have generated enormous physical and digital clutter. Out of this two key trends will emerge: visible versus invisible innovation. More so than ever before, the microtrends on display at this year’s MWC will fall into one of these camps. As a result, visitors may find themselves having to navigate between the realms of the tangible and the aspirational, to see what 2019 will hold.

Invisible innovations on show this year will be the most difficult to showcase at MWC, despite how important they are. Incremental improvements to the algorithms powering voice controls or 5G advancements achieved in lab conditions are critical to the industry’s future and will be discussed widely. However, difficulties in exhibiting them will keep much of this progress behind closed doors or in visitors’ imaginations.

We’re going to be significantly dialling up the volume on voice technology at this year’s Mobile World Congress. This is down to aggressive third-party integration strategies being pursued by the big three in the smart assistant space. Alexa, Siri, and Google Assistant are stealthily becoming integrated into a plethora of third-party technology brands and product categories, while at the same time improving back-end functionality.

While we saw a preview of the way voice controls are developing alongside consumer gadgets at CES – think Alexa-integrated toilets – it will be interesting to see which player takes a leadership position in specific voice control arenas. Connected homes, mobility and business are all key battlegrounds for 2019, with early dominance in any one likely to decide the direction of this technology for years to come.

5G is approaching fast. With the real ‘mainstream’ launch expected to begin next year it will be interesting to see how companies are gearing up for this. It is worth listening out for details of the hardware and deployment details as they are being discussed at MWC, which could provide a good indication of 5G’s future direction.

There is a palpable sense among service providers that they each need to be the one to “win the 5G race”, without fully understanding the shape, length or terrain of the racetrack. The most apt reflection of this will be in their inability to demonstrate true “real-world” applications at MWC, because the infrastructure simply isn’t built yet.

It will also be interesting to see how this underpins mobility, as many of the technologies around autonomous vehicles and connected cities are predicated on the success of 5G. As use cases begin to emerge across different industries such as manufacturing, transport and health, they will expand the conversations at MWC around the long-promised future of complete connectivity.

There are a growing number of people pushing back against the always-on vision encouraged by the telecoms industry. As consumers put up more barriers between themselves and digital technologies, businesses have begun to cater to those opting for quiet in a noisy world – an unmet need we identified in one of our 2019 Fjord Trends, ‘Silence is Gold’.

There are a few consumer offerings expected at MWC which intend to minimise the demands on users’ attention and at the same time limit data harvesting and usage. It will be interesting to see which of the exhibitors at MWC are catering to this once fringe trend with long-term thinking and innovation.

Visible innovation refers to developments like buttonless devices or foldable phones. These things are only made possible by a physical manifestation of new technology, of which there will be plenty for visitors at MWC to wonder at. These obvious examples of a visible change in design and hardware are usually easy to explain, and easier to showcase.

Folding phones are perhaps the most visually striking of the visible innovations expected this year. With some causing a stir when they made a covert appearance at CES 2019 to a select few client companies. With a few additional handset manufacturers bringing foldable phones to MWC this year, we can expect to see a range of examples demonstrating what the foldable phone of the future might look like.

However, this raises the question of exactly why the foldable phone has captured our imaginations? Other foldable devices have finally found their “killer application” by placing consumer need at the heart of a technological solution. Such as the foldable TV, for example, which transformed from a hitherto gimmicky piece of kit into the answer to a real-world consumer problem. By rolling down into its own housing box, it removes the TV as a bulky centrepiece in any room, neatly marrying design and technology. Foldable phones don’t yet seem to fulfil a design niche in this way. Hopefully at MWC19 we will find out exactly what problems these devices are trying to solve, or if they are just innovation for innovation’s sake.

The idea that the mobile phone is no longer people’s default central interface for everything, is a trend that is slowly but surely emerging. Expect to see a rise in the number of gadgets and peripherals that are useful for one thing or a few things only, eschewing the need to be connected via a phone. We’ll start to see highly visible examples of these particularly around the house, but in business environments as well.

A common example of this can already be found in the connected home ecosystems that consumers are creating. If control of a home’s TV, sound system and even lights is more easily managed by a central native interface or by voice control, we’re likely to see consumers default to this.

Ironically, the connectivity revolution itself may actually be a threat to the hegemony of the mobile device. Once everything can interface with everything else and be controlled with something as intuitive as voice commands, the mobile phone is no longer needed as a nerve centre.

Predicting the presence of robots at MWC is about as revolutionary as predicting the presence of phones. There will be plenty of mono-task machines that can operate with limited autonomy, and maybe overcome minor hurdles without human intervention. Despite this, it may be time to admit that our definition of what a robot is, may have been stretched beyond the true sense of the word.

Take for example the bread making machine “Breadbot” at CES 2019. Attaching bot to the name of the product gave them massive marketing hype, but it didn’t deserve the robot moniker. Genuine robots can be programmed to do perform a range of different tasks and accomplish them with minimal human input. While single use machines calling themselves robots may be slowly making their way into a range of industries, expect something of a step forward for true multipurpose robots in the near future with visible changes to their design to increase multifunctionality.

There’s plenty to see at MWC – it’s crucial to look beyond what is immediately visible and think about how that’s going to work for your business and your customer. Is it going to add benefit or turn into an unwelcome distraction? My best advice for getting the most out of MWC is deciding what still has value and relevance to our lives. 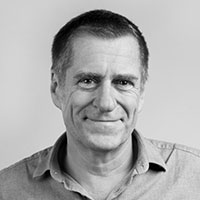