Wieden+Kennedy’s Tass Tsitsopoulos offers insights and learnings from Famous Orders, the campaign that reimagined McDonald’s advertising for a new generation, and Bronze winner at the 2022 Creative Effectiveness Lions.

McDonald’s had become big and boring

McDonald’s is a brand that needs no introduction, but its role in culture or share of mind was not commensurate with its stature (or spend). Its ubiquity and familiarity had left it in a place where it was well known but not well loved. Marketing had already identified this as a key challenge when we pitched the business in 2019. Even worse, it had been losing share and penetration with young and multicultural audiences – the future of not just the category but of America itself.

At the same time, the competition like Taco Bell and Wendy’s had become better at speaking to youth, often by taking pot shots at McDonald’s. The brand had struggled to find its voice – especially in social media – and to speak to youth in an interesting yet authentic way. It was paying too much attention to its most vocal haters and competitors, or seeking novelty in limited time offers. Plain and simple: McDonald’s had become big and boring.

Which makes the cultural impact of Famous Orders and the general brand turnaround of the last two to three years all the more remarkable. And we achieved this by focusing on the fans.

First of all, we built a creative strategy around what we called Fan Truths – those moments, memories, rituals, and behaviors that make this brand so special. Inside jokes understood by millions of people. This brand is too big and multidimensional to make it stand for one ‘big’ thing. Instead, there’s huge power in the small truths our audience already knows, the warm and familiar, the insightful and commonly understood. A picture of how America sees McDonald’s and a celebration of how America loves McDonald’s.

From there it was a small step to find the brand’s voice. McDonald’s would share truths about its products spoken fan-to-fan – just one fan speaking to another, overheard by everyone else. This way the brand stopped speaking like a corporation and started acting like a fan, across everything it does.

Seeing celebrities as fans too – albeit famous ones

This strategy isn’t about speaking to superfans but finding the fan in everyone. And once everything we did was through that lens, then we could start to leverage fans in our communications – both everyday fans and some famous ones too. This is what led to Famous Orders. We’d first had the insight when working on the 2020 Super Bowl commercial. We were looking for a simple thought to unite the 100 million people watching at home, giants on the field, and superstars of the halftime show. Our insight was: ‘No matter how big or famous you are, everyone has a McDonald’s order.’ 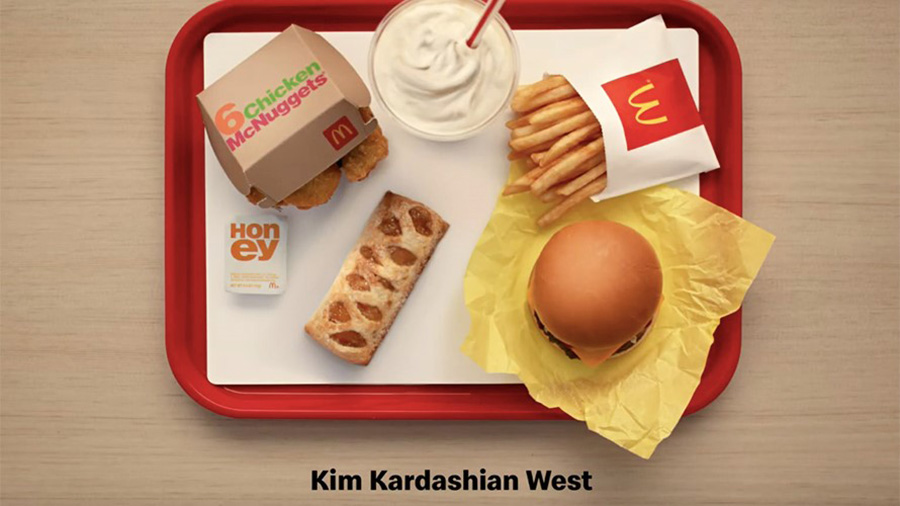 We had turned this idea into a commercial, simply displaying celebrities’ orders arranged on trays. And we’d seen how fascinated and engaged people had been with what their heroes chose as their orders, or with how Kim Kardashian chose to dip her nuggets in honey. A small part of each of their identities.

It's not a huge leap to go from celebrity orders in a commercial to turning one order into a meal people can buy. And that’s what we did in September 2020, launching the Travis Scott Meal. We doubled Quarter Pounder sales in the first week and ended up breaking the McDonald’s supply chain a few weeks later – running out of beef, onions, even Sprite in restaurants across America. We’d chosen Travis for many reasons, such as his creativity beyond music and his passionate fanbase, but most of all because he was a real fan – with the “same order since back in Houston”. And we’ve set the same high bar with every one of our Famous Orders talent – including J Balvin, BTS and Saweetie.

Together, these four Famous Orders have generated $283m in incremental sales, driven youth penetration in 11 months out of 12, and grown McDonald’s Dollar and Traffic share of QSR vs. Wendy’s and Burger King, especially among our target audience of 18- to 24-year-olds. 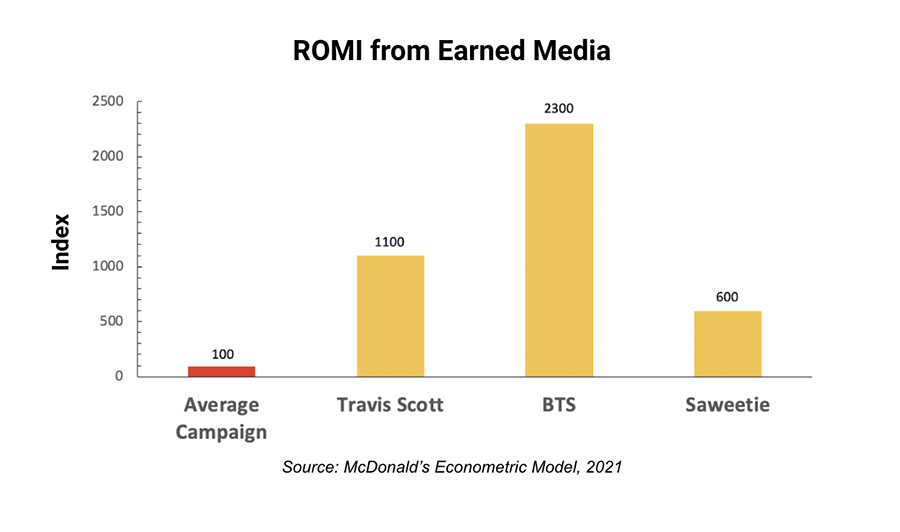 Here are a few things we’ve learned along the way about how to best engage with their fan bases and with ours.

This is a mantra we apply across all our social media and campaigns, especially Famous Orders. Others’ love for your brand is contagious. So don’t feel afraid to relinquish some creative control and share the pen with them. That’s why we let Travis design his own McDonald’s branded merch, even if he broke most of our brand guidelines. 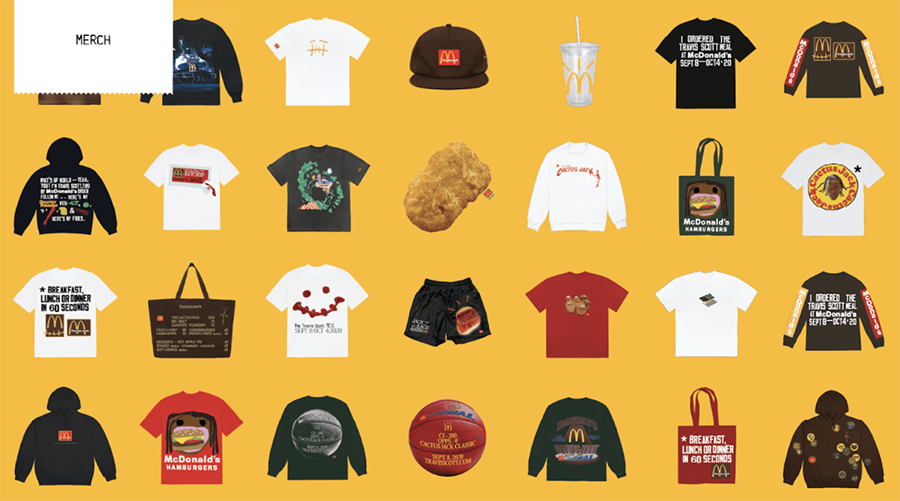 It’s why we let Saweetie hack our menu, and encouraged our customers to do the same. And it’s why we made BTS packaging that was like a textile, so their fanbase could make everything from shoes to handbags with it. It’s also why we let a TikTok star redesign our logo and have let two stand-up comedians who are brand fans run our social media accounts.

With every celebrity fan and fan base we’ve worked with, we’ve looked at how we can create shared equity between the two brands and sets of fans. While each campaign followed a core approach, we ensured each came to life as a true intersection of both brands. We leaned into each talent’s cultural codes to create a campaign bespoke to their identities. So, Travis behaved like a streetwear launch using surprise drops; J Balvin followed the format of a Grammy-worthy album release and music video; and the BTS Meal took a page out of the K-Pop playbook, with tour dates around the world and events that were clearly signposted in advance – their fans don’t like surprises.

Famous Orders has become a cultural event in its own right and the brand has regained its swagger in the US. Not just swagger but the kind of sales that have become an engine of growth for the whole business. All because we stopped listening to the haters and focused on the fans. Plus, we started acting like a fan ourselves.

An abridged version of this article appears in the WARC Creative report, Insights from the 2022 Creative Effectiveness LIONS winners. 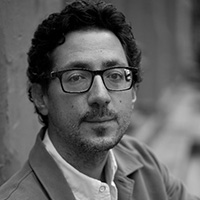