Winning the 2018 WARC Awards’ Social category Grand Prix and Path-to-Purchase Special Award, McDonald’s Full-heart Support for Gaokao campaign achieved unprecedented engagement and footfall for the fast-food restaurant in China. Here, WARC’s Chiara Manco dives into what earned it its success and shares comments from the jury.

One of the Effective Social Strategy judging panel’s main concerns when reviewing the entries into this category, was whether or not a campaign was ‘social by design’. Case studies using social for the sake of it, where other channels would have been equally – or more – effective, failed to impress the jury. By the same token, campaigns that cited engagement metrics as their sole results were criticised for their lack of business outcomes and short-termism.

BBDO China’s McDonald’s campaign around Gaokao – China’s national college-entrance exam – was one entry that ticked both the social and effectiveness boxes. Not only did it engage its audience on social platforms – in one week, it spurred the creation of 12 million pieces of user-generated content – but, as judge Gijs de Beus, Strategy Director at Lemon Scented Tea, said: “It is social in the old sense of the word: it made something relatable across generations.”

Judge Tahaab Rais, Regional Head of Strategy, Effectiveness and Intelligence at FP7, pointed out: “It tapped into a very relevant social tension.” Pairing the human meaning of ‘social’ – cultural insights around people’s behaviour, habits and feelings – with its digital applications, paid off for the brand. The campaign earned McDonald’s an 8% growth rate for in-store traffic during breakfast – reaching a three-year record high – and sales of its hero breakfast product McMuffin were an astonishing 428% higher compared with the previous campaign.

The balancing of short- and long-term strategies has long been a hot topic among marketers. In markets such as China, where seasonal promotion periods such as Singles’ Day and Chinese New Year contribute to a sizeable chunk of a brand’s annual sales, the penchant for short-termism is strong.

Writing for WARC’s 2018 Effective Social Strategy Report, Hans Lopez-Vito, Chief Strategy Officer at BBDO Proximity, and Angela Gao, Senior Planner at BBDO Shanghai, said: “One cannot fault Chinese marketers for treating these short promotion-driven periods in their 52-week calendar as the backbone of their marketing plans. A single week of frenzy during Chinese New Year can bring in as much as 20-30% of an FMCG brand’s annual sales, and the Singles’ Day shopping festival exceeds sales of US$20 billion in just one day. In effect, a bad CNY or Double-11 period can easily amount to a bad fiscal year.”

In terms of communications during these seasonal events, “the end result is a landscape of branded content that often looks, sounds, and feels similar to one another,” the pair added. Gaokao was one such occasion, with brands all over China spurring on the stressed and sleep-deprived Chinese youth, behaving in much the same way as their parents, conveying the message that achieving a high score in the arduous exam is paramount to a successful future. 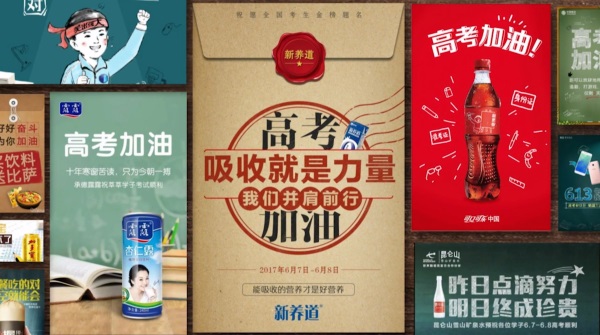 “Both agency and client were, therefore, conscious of how easy it was for McDonald’s 2017 Gaokao activation to be drowned in a vast ocean of similar short-term (price-related offers), season-focused (two to three-day campaign bursts), Gaokao-related messaging,” Gao and Lopez-Vito wrote. McDonald’s needed to drive short-term results while protecting its long-term health.

Infusing Gaokao with the McDonald’s spirit

Key to protecting McDonald’s equity in the long term was ensuring its message was consistent with the brand. “Reconciling the stressful spirit of the season and the wholesome nature of the brand was a paramount concern from the get-go,” said Gao and Lopez-Vito, adding: “Gaokao was the encapsulation of the Chinese nation’s infamous preoccupation with achieving worldly success as well as the immense pressure young people felt in trying to meet unrealistic societal expectations like getting into a top university (note: Tsinghua’s pass rate is lower than Harvard’s). In contrast, McDonald’s is a fast-feeder that provides a fun, unpretentious environment for all.”

The turning point was the realisation that Gaokao results do not define people’s futures in the way that students are made to believe. “To the 9 million stressed young kids who were spending sleepless nights preparing for life-altering exams, we knew this statement could be a source of much-needed emotional reassurance that was absent in their world,” say Lopez-Vito and Gao. Judge Gerard Crichlow, Head of Cultural Strategy and Strategy Partner at AMV BBDO, commented: “I liked that a brand used that moment to talk about something more important, reminding students that the exam will not determine their future.”

Through OOH, social, online and TV, McDonald’s told students to try their best at Gaokao regardless of results. This message was the antithesis of traditional Gaokao communications, managing to be both relevant to the season and true to McDonald’s spirit. Commenting on this aspect, judge Chiara Martini, Global Head of Content and Media at Diesel, said: “The execution, the way they use social media and the other tools, is all connected to the brand’s behaviour.” 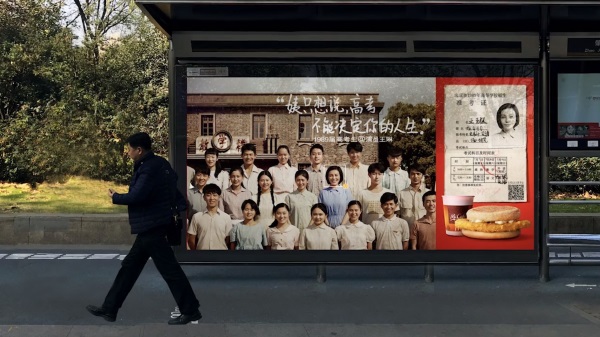 To strengthen the message of support, while other brands focused solely on the year’s examinees, McDonald’s engaged past Gaokao takers too. Judge Will Lion, Managing Partner at BBH London, commented: “They considered a dormant audience nobody had ever considered and got the whole country behind them.” Through a WeChat game, users could create their own Gaokao Pass, uploading a picture and having it modified through photo-filter technology to look 18 again. Passes could be shared on social media together with messages of encouragement for current students, and participants were offered a coupon to buy a seasonal McDonald’s meal. In restaurants, staff wore t-shirts with supportive messages for examinees. 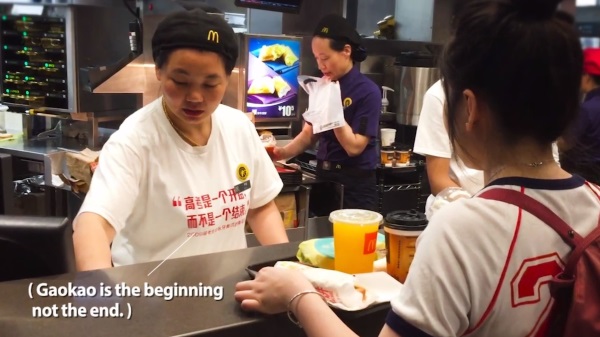 “Perhaps the campaign’s greatest achievement – besides exceeding campaign metrics and sales targets for McMuffins – was that it was the first of its kind to disrupt the status quo when it comes to Gaokao campaigns,” Gao and Lopez-Vito suggested.

“There are no metrics to prove this achievement,” they admitted – “other than the fact that we are starting to observe many companies following McDonald’s lead in being counter-Gaokao when activating during the Gaokao season”. The Chinese government itself took inspiration from McDonald’s, launching a similar campaign to promote China’s Army Day.

The pair are hopeful that the campaign will inspire the next generation of Chinese marketers “who, despite the pressures of delivering short-term results during short seasonal promotion periods in their marketing calendar, will allow, or perhaps even demand, their agencies to do it in a manner that builds the brand for the long term”.

The 2019 WARC Awards, WARC’s global search for next-generation marketing effectiveness, are currently open for entries until 19 February. The Awards are free to enter and include a category for Effective Social Strategy chaired by Christine Xu of McDonald’s China.