Creativity once ruled supreme – the big-budget 30-second commercial was the immediately reached-for and arguably most effective weapon in a marketer’s arsenal. Ads of old often bordered on the fantastical, painting an idealised vision of a world that barely resembled our own. But recent years have seen a surge in content marketing, where brands align with editorial and deliver a more grounded form of marketing message.

It’s a point backed by research. Our ‘Future of Global Content-led Marketing’ study carried out for the World Media Awards found that creativity came third to story (in first position) and authenticity (in second place) when respondents were asked to list the most important factors in a content-led campaign.

Meanwhile, the World Media Awards 2019 demonstrated that brands are working more closely with publishers on campaigns less shaped by the creative muse and more by grounded audience insight and editorial-style analysis, inviting people to engage with brands, rather than insisting.

Andy Reynolds, Strategy Partner at Wavemaker pointed out that the “creativity of old is more interruptive and immediate”.

“You’re not asking anyone’s permission to hit them with an advert, that disruptiveness helped that creativity,” he said. “You came out of nowhere and smacked people with your idea or message to gain an instant reaction to your brand or message or idea.”

He is adamant that there is still a place for such an approach. “That more primal creativity is still absolutely critical to brands and companies, when we lose the power to surprise, we lose a lot of our abilities to get people to think differently.”

But Matthew Falla, Head of Innovation at Economist Group-owned design and content agency Signal Noise, stressed that today “authenticity should be the baseline” in any communications.

“No one should be aiming for fake or un-genuine,” he said “But creativity should absolutely come first. What is the big idea? What do we believe will inspire? What are the stories that bring this to life?

“I think it’s important not to conflate creativity with dishonesty – like the way that people talk about ‘creative accounting’. I think that authenticity is a prerequisite for any creative endeavour that aims to connect meaningfully with its audience.”

So what exactly is creativity?

For Tanya Robinson, Global Brand Director, Ad Sales Partnership at National Geographic Partners, in today’s world, the term “marketing creative” has been associated with “everything from creative innovations to fictional elements”.

“But, in reality, the term creativity now is so much more complex and layered. Data analytics plays a key part and the customer is now more important than ever in helping with creative marketing for a brand or service.”

The depth offered up by ‘Big Data’ means that different types of brand must be shaped appropriately.

“I think it all depends on what the message is that is being pushed out, [and] on the product or brand that is being marketed,” Robinson said. “A car will have a different marketing message versus a service like a holiday to a tourist destination.

“Beyond that customers are more intelligent now than ever and with so many audience insights available, most marketing campaigns have a plethora of research backing them to ensure their message is on brand and developed for the relevant audience in mind.”

But Reynolds insisted that people are no more intelligent or sceptical than they were when the “original snake oil salespeople were out there”.

“We just have more tools to unpick at the claims and more ways to test our beliefs with other people in social media,” he added. “I think society is becoming more inward-facing and careful, people are becoming more concerned with their identities and how they’re outwardly expressed and what people might think about them for their decisions, beliefs, what they buy.”

There was an array of examples among the World Media Awards 2019 winners that demonstrated the appeal of more “authentic” campaigns for some brands.

When Liberty Media acquired the motorsport brand in 2017, it was struggling. Nicolas Jayr, Brand Marketing Manager at F1, explained how it had changed from an event “people watched religiously on Sunday in the tens of millions, to a sport that was hidden on social media and digital”.

“Engineered insanity” became the campaign rallying cry, manifest across all major social platforms. F1 worked with 31 media partners in 20 countries and across seven languages. The work boosted social follows by 54% across Twitter, Facebook and Instagram, TV viewership was up 10% on 2017 to more than 48 million and F1 became the fastest growing sport on social media in 2018.

For Wavemaker’s Reynolds, who worked on the F1 project, if a brand is not reflecting its audience at a conscious or sub-conscious level, “you’re howling in the wind”.

“It’s where we started with F1,” he said. “What was the deep, emotional connection fans and non-fans felt about racing. When you understand what people admire and crave the gritty, raw, emotion behind a mechanical competitive sport, you can tell better stories, you can be more creative with the interruptive ideas. In a world of sanitisation, they wanted a little insanity.”

Meanwhile, Siemens won the won the Technology & Telecommunications category with its "Ingenuity for life" campaign in which it teamed up with The Economist and FC Bayern Munich for a data visualisation campaign (see below). It used thousands of data points captured at games (including crowd noise) to create a data-driven storytelling campaign. 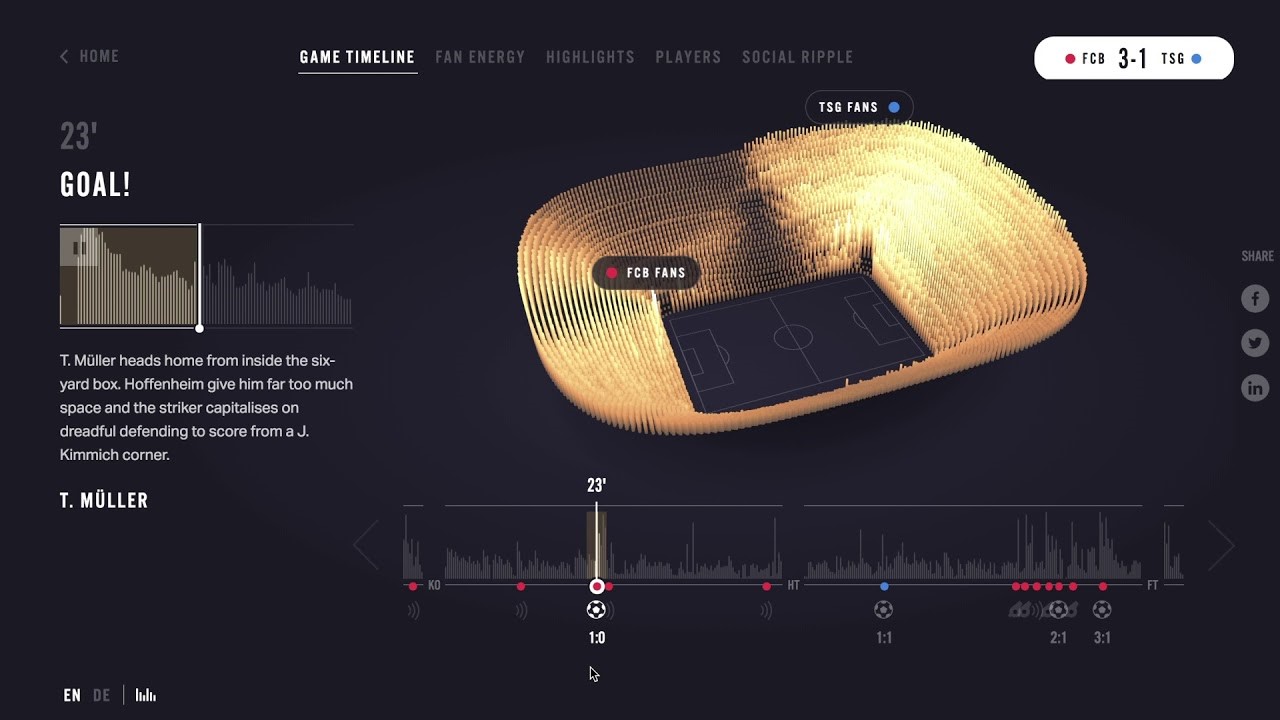 Clearly, much content marketing places an emphasis on work that is both derived from and driven by data or insight, rather than imagination. But does that mean that creativity is falling from grace?

On the contrary, argued Charles Yardley, Senior Vice-President of Europe at Forbes. “Creativity will always be core to the marketing and advertising sector,” he said. “While tech and innovation have disrupted many of the traditional methods, channels and measurement tools used by marketers, a unique and creative idea that resonates with target audiences will remain one of the most powerful tools we have.

“Data and insights can help marketers to become more intelligent and emotive storytellers, by helping them to test, analyse and refine the ideas that are driven by human imagination and gut instinct, and we are committed to working with our brand partners to deliver the insights they need to achieve this.”

Data as a force for creativity

But is there a danger that in a world so enamoured with data and its applications, that we lose the magic of marketing, that it becomes dry and soulless?

Falla thinks so. “I’m not entirely convinced by a data-driven approach to advertising that continuously A/B tests creative until it is mathematically optimised but culturally inert,” he said.

“Our approach to using data is slightly different – typically we use data from the real-world to identify or inform the story that we want to tell.”

Steven Nottingham, Senior Vice-President of Strategic Brand Solutions at Dow Jones, said that brands need to be storytellers, using data to drive their narratives. But that this should not prelude creativity.

“In my opinion it actually fosters even greater opportunities for creativity,” he said. “This is the same for data and insights. If brands allow it to make the storytelling rote and mundane then it isn't using them right. These things are the new foundation for brand communications strategies and, when used right, they provide powerful springboards for creativity.”

According to F1’s Jayr, creativity is not going anywhere. “But I do think that while you’re not seeing the death of creativity, creativity for creativity’s sake is not needed,” he said.

“It’s becoming more grounded in reality. We don’t need to spend hours and hours thinking up metaphors. I do think the talent of a strong copywriter and art director will always be needed and will continue to be fundamental to our industry.

“But we need more help in understanding who we are giving the message to. The notion of one-size-fits-all and the 30-second TV ad is really over and we now need to be in a world where we adapt the message to whoever we’re talking to.”

How to balance creativity and authenticity 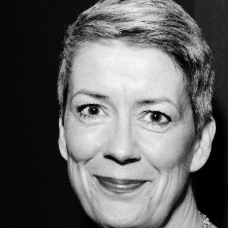