In Carnival season, the noise may appear chaotic to outsiders, but Africa’s VP Strategy, Rodrigo Maroni takes us on an insider’s view of South America’s most famous spectacle, and how planners make the Carnival happen.

Carnival is celebrated all over Brazil. But being such a huge country, each corner of Brazil has its unique, particular way of celebrating it.

There are the "bonecões" (giant puppets) of Olinda, Recife. The bloquinhos of São Paulo. The trios elétricos of Bahia.

But arguably, the most internationally famous Carnival celebration is Rio de Janeiro's, by the way of the samba school's parade.

Less of a parade and more of a competition, actually, it happens every year since 1932. It's considered Brazil's biggest touristic attraction, bringing annually over 1 million people and over US$ 800 million in revenue across the 4-day holiday.

Every year, 12 Samba Schools each put on an all-original show. They have to pick a theme, write a song ("samba-enredo"), make costumes, build floats and rehearse throughout the year to present themselves at the Sambadrome (a special venue built just for that) to compete for the title of Champion of the Carioca Carnival, as decided by a jury of 40 experts.

It might not be evident, but the whole show has to follow a very strict standard. Among the many rules, floats must be no less than 5 and no more than 8 metres tall. So-called "componentes" (everybody from musicians to dancers), must be between 2,500 and 4,000 people. There must be 200 musicians. And each school has to present between 75 and 82 minutes, from start to finish. Break any of those rules, even by a little bit, and you lose precious points, that might cost you the title.

Yes, there's a lot of precision in the chaos.

To make everything happen, thousands of people work around the clock, all year long. Each of the 12 samba schools currently competing at the top-tier "Grupo Especial" has about 80 permanent employees and a set budget of about US$ 6 million.

The person responsible for making this industry work is a professional figure that exists only in Brazilian Carnival: the Carnavalesco, a title that roughly translates as "Carnival Planner".

Yes, dear friends: there are planners out there, very successful ones, by the way, who specialize in Carnival.

Until a few years ago, I must confess, I didn't pay much attention to that sort of planner.

Carnival parades, as it used to be, looked kind of repetitive to me.

Sure, the parades have always been visually outstanding, the music always contagious, but there was something missing...

Until a newcomer debuted at the Grupo Especial in 2004 and started breaking the rules: Paulo Barros. 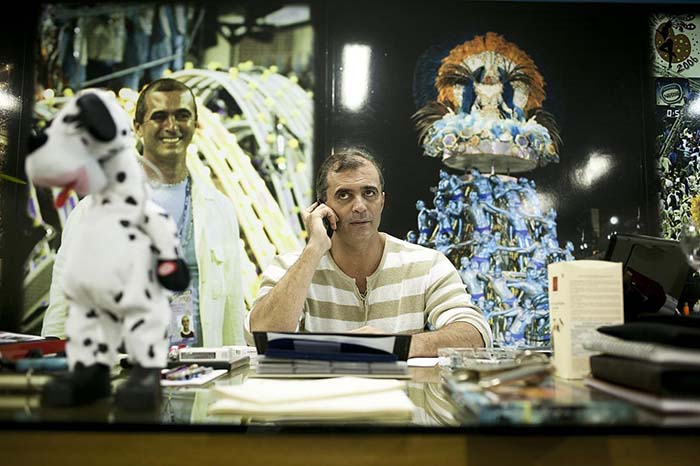 Mr. Barros, 56, is perhaps the most celebrated Carnavalesco working today. He is credited for a creative renaissance of the Samba school parade, and no one has won more championships in the last 10 years than him.

And he accomplished all that by paying attention to a vital element of the parade no other Carnival Planner before him has paid as much attention to: the storytelling.

Traditionally, the storytelling of the parade consisted on choosing a non-fictional story to be narrated in, usually, a chronological construct. Inevitably, the results were quite predictable. If said history was the relocation of Portugal's Royal Family to Brazil, it would be pretty easy to guess the first float would show them packing everything up for the trip, and then each consecutive step of the journey concluding with their warm welcoming at the Colony.

Mr. Barros questioned that formula. And flipped it upside down.

Instead of picking up a story and building the floats and costumes around it, he started doing the exact opposite.

He started collecting ideas, all-year long, that were visually compelling and would inspire awe-striking, memory-engraving imagery that people in the audience have never seen before.

A float built with... people, celebrated the discovery of DNA.

Another was made up of cooking pans, to form a Tin Man.

Another was inspired by Harry Potter, with dancers performing optical illusions such as removing their own heads.

Instead of the old, traditional discipline of telling a story step by step, Mr. Barros built fresh, new stories around memorable images.

He once said that every year he would select the most memorable visual ideas he's sketched, build a story around them, and tell it his own way. He would play to the crowd.

He found an opportunity to make the Carnival Parade an even more powerful emotional experience. And grabbed it.

As a strategist, I see that approach as a powerful lesson that it's always more effective to tell stories that people will remember, even if that means not playing by the rules.

Because the biggest risk you may take could be to simply follow protocol. Whether you’re a Carnival planner or not. 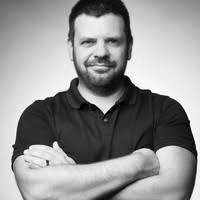