In the last few weeks, an Indian deodorant brand – Layer’r Shot – found itself in the eye of a storm as a series of its ads ruffled feathers. Television films aired during a cricket match sparked outrage as they were seen promoting toxic male masculinity and rape culture. The ads were eventually pulled from the air and Adjavis Venture Limited, the owner of the brand, issued a public apology.

However, questions remain. Why turn to such tactics in the first place? The ads, as offensive as they were, generated conversations like the brand had never seen before. Would one then think, in a twisted way, Layer’r Shot had had the last laugh? This isn’t the first time the category has turned to such a route. It is common practice. It is questionable practice. Indian creative honcho Rahul Jauhari shares his thoughts with WARC.

Consider this: a boy and a girl, both teens, sit cosily on a bed in the boy’s room. Three other boys barge in, taking them by surprise.

“Did you take the shot?” one of the three asks the boy on the bed. “Yes, I did,” he responds with a smirk. The girl looks at him, stunned. “It’s our turn now,” says another of the three and advances towards her, rolling up his sleeve. Even as the girl visibly flinches, he picks up a bottle of Layer’r Shot body spray on the dressing table. The girl’s expression changes to one of sheepish realisation. “It calls for a shot” is the tagline of the ad.

Now consider this: four boys spot a girl with a trolley in a supermarket aisle.

“There are four of us and only one here,” says one of the boys, loudly enough for the girl to get worried.

“So, which of us will take the shot?” asks a second boy, very purposely. She turns, literally in fear, only to realise that the boys were talking about the last remaining bottle of Layer’r Shot body spray on the shelf. The girl’s expression changes from fear to one of relief and sheepish realisation. “It calls for a shot” is the tagline yet again.

In a country where 35,326 cases of crimes against women were reported in 2020 alone, where countless women travelling solo in a cab late at night fake dial a friend or family member just so the cab driver doesn’t take advantage of them because he thinks they are alone or vulnerable, these two appalling ads appeared on SonyLIV during the England vs. New Zealand test match. And that too within a week of the sexual assault of a 17-year-old girl in Hyderabad that made national headlines.

The pace of what followed is unprecedented in the history of Indian advertising.

Appalled viewers, both men and women, found the ads promoting gang rape and vented their disgust and anger on social media. Celebrities like Priyanka Chopra, Farhan Akhtar and Richa Chadha lashed out, calling the ads shameful, disgusting and even a product of incredibly tasteless and twisted minds. The Advertising Standards Council of India (ASCI), normally a toothless tiger, invoked a rarely used “suspended pending investigation” process to call for the immediate suspension of the ads. The Delhi Commission of Women wrote to the Minister of Information and Broadcasting and the ministry instructed the ads be suspended and even wrote to YouTube and Twitter to block them as they were found to be “detrimental to the portrayal of women”.

Here’s the thing. The regressive portrayal of women is nothing new in a category that has, for years now, used sexual innuendo and the objectification of women as tools to market products. While global brands have done it a bit more “tastefully”, local brands have not. Wild Stone, for example, in its formative years, built itself on the imagined sexual fantasies of married women through scripts written, in all probability, by male writers. Their film production values have gone up over time, but the brand still centres around stories of women who lose control in the presence of men using their product.

What went so wrong in this case?

Why on earth would a brand even resort to such a tactic?

To say demented minds were at work would be an easy answer. But for a little-known brand operating on the fringes of a category that is adequately saturated and has its own brand of advertising, it is not hard to imagine why the makers of Layer’r Shot thought this would be a good way to garner eyeballs quickly.

If one looks at the brand’s past ads, one will find the usual codes of the category. The woman is an object that must be entrapped. There is little role she can play beyond that of a prize. She is replaceable and can be toyed with at will. Rather than tread new ground, the marketers of Layer’r Shot have simply stuck to the path shown by their predecessors and peers over the years.

There is another reality – we live in an era where brands have been known to court controversy by design. Filmmakers do it all the time prior to the release of their movies. In a society where attention spans have nosedived and competition is fierce, anything goes and is a perfectly acceptable solution to a marketer’s need for immediate cut-through. That includes appalling marketing methods like the one in question here.

These two ads were not a mistake – they were deliberate. They were meant to generate cut-through in a cluttered and competitive category. Until a few days back, I had neither heard of Adjavis Venture nor Layer’r Shot. Today, millions of people are aware of the brand, thanks to countless tweets, television debates and social media posts. Some would say the makers of Layer’r Shot got the ads horribly, horribly wrong. Others could say they got exactly what they wanted, maybe even more than what they had bargained for. The so-called apology seems to indicate just that.

Powerful brands are built on the back of powerful insights, product efficacy, social relevance and consistency of message. Any marketing or advertising professional worth his or her salt will tell you that. But over and above that, powerful brands also conduct themselves as responsible citizens of the world. I am looking forward to the day when some brand in this category will buck the trend, take a leap beyond the used and abused formulas of yore and raise the category conversation to a level where the woman is treated as an equal, an ally or to say the least, a force to reckon with. It’s a space that is wide open, waiting to be occupied.

“Men of quality respect women’s equality”, says a social media post shared by Layer’r Shot about three months ago on Women’s Day. That’s the final layer of incredulity, as far as I am concerned. 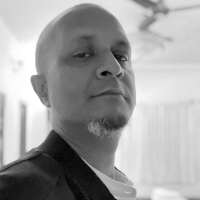 Rahul Jauhari is Founder and Managing Partner at Flibbr Consulting.
Get a demo
Topics
Send feedback