By the time this article publishes, there will have been quite a few controversies regarding Juneteenth, our newest Federal Holiday. The list already includes: 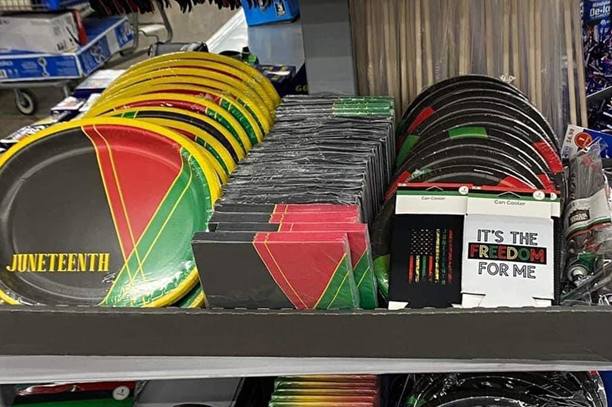 Across my social media timelines, Juneteenth chatter is a cacophony of exasperation, confusion, sarcasm and reminders that “we asked for this” and “we got Juneteenth off but still no anti-hate legislation.” For Black Americans, Juneteenth is a source of pride and discontent. The evolution of it as a holiday is a reminder of how far we’ve come as a nation, and yet still have such a long way to go.

Since January 2021, 42 states have introduced bills attempting to restrict how teachers can discuss racism in their classrooms. This should be jarring news when the United States is supposed to be a thriving, prosperous, multiracial democracy. Unfortunately, 13.4% of the United States – the Black American population (according to US Census data) – knows better. The act of hiding and “whitewashing” the plight and contributions of Black Americans has long been a favorite pastime of this country. I went through elementary and high school in the northeast, in Massachusetts, never being taught about Juneteenth, or rather Freedom Day. It wasn’t until I attended college – a historically Black college, that I learned so many important truths about our heritage in this country.

Our early American ancestors were so much more than enslaved people. Their free labor funded the economy and was THE source of prosperity during the US’s infancy. Most American cultural traditions were originated from the food, music and voices of slaves. There are countless inventions, patents, ideas and technology developed by Black Americans for which they receive little fanfare. All I learned in my primary schooling is that the Emancipation Proclamation was signed by Abraham Lincoln on January 1st, 1863 to abolish slavery. What I learned at my HBCU is that it took two more years for this news to reach all of the states – finally ending in Galveston, Texas when Union General Gordon Granger arrived with a proclamation of freedom for the remaining enslaved people on June 19th, 1865.

Early Juneteenth celebrations within the Black American community date back to 1866, at local churches across Texas. These traditions spread across the South and moved north with the Great Migration populations. For the most part Juneteenth had remained a regional holiday, with sparse recognition across states. That is until the great wave of racial inequality discourse that occurred after the murder of George Floyd by a police officer in 2020. Amongst the fervor of social justice, President Biden signed off on Juneteenth as a Federal Holiday on June 17th, 2021. However, it’s still a source of mixed feelings from the Black American community, which is weary and suspicious when culture and traditions are shared with the masses for appropriation. Juneteenth is a solemn theme for “celebration” amongst “mixed company,” especially when that “mixed company” is still not educated on the true meaning and history of our country and remains resistant to change that.

Juneteenth is a pivotal part of American history that should be affirmed and recognized on a federal level. However, as the missteps listed above so plainly demonstrate, honoring the true meaning of the Holiday – and celebrating it – still requires some education, sensitivity, and reflection. To assist in that journey, here’s a guide of what Juneteenth is and is not:

Juneteenth IS: A federally recognized holiday commemorating the FINAL act of the emancipation of enslaved Black Americans. Prior to June 19th, 1865, freedom was a “rolling process” as slave owners dragged their feet to abide by the Emancipation Proclamation decree from 1863.

Juneteenth IS NOT: A new holiday. Juneteenth has been celebrated within Black American communities since 1866 throughout Texas, the South and the Midwest. By 1979, all 50 US states and Washington DC recognized Juneteenth formally in various ways.

Juneteenth is NOT: Like the July 4th Holiday. Black Americans were still enslaved when the July 4th tradition began in the 1790s. The abolitionist and founder of the Black Freemasons Prince Hall said in 1797 that Black people learned to take shelter on July 4th or risk being “shamefully abus’d.” Post-slavery through Jim Crow, many were not welcome to join public July 4th celebrations. Therefore, even today there is an ingrained ambivalence and sensitivity to July 4th and its origins.

Juneteenth is NOT: An opportunity to monetize the moment in history. Much like corporations and brands should not exploit or monetize the Holocaust, Juneteenth is a similar time in history. You want to celebrate and uplift the Black American community during this time. But to strive to build revenue from a painful time for the community is ill-advised. Many Black Americans still feel pain and the legacy of slavery to this day. To treat Juneteenth as a theme is distasteful and, quite frankly, unpatriotic.

An example of a corporation doing Juneteenth right is Nike. In 2020, it went beyond making Juneteenth a holiday and offered learning opportunities for all employees to learn about racial inequality. They took it further by pledging investment to professional development to increase and support Black, Latino and women employees and with the Jordan brand, pledged $140 million to support organizations dedicated to racial equality, social justice and education access. John Donahoe, the CEO, explained, “When we say that Black Lives Matter; it applies to the world outside of Nike and importantly, it applies to our Black teammates within Nike. Simply put, we need to hold ourselves to a high standard given the heritage of our company and our brand.”

On a smaller scale, companies of all sizes observing the holiday can offer employees educational copy to use in their “out of the office” autoreplies. Every step, no matter how small, brings us all forward to understanding and inclusion regarding this important holiday for our country.

Juneteenth IS: An opportunity and moment to reflect on the plight and contribution to the United States of America by Black Americans. All Americans should educate themselves on our complex history and take a moment to support a Black-owned product, business or organization that has meaning to you. 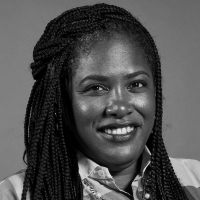 Nakia Clements is the Executive Director, Growth for GroupM.
Get a demo
Topics
Send feedback