Music is a powerful tool for branding that rarely receives recognition. iris' Eve Carpenter looks at how brands like John Lewis and Domino’s Pizza have used music to grab attention, build association and cement an emotional connection.

We are surrounded by sound. It is a vital tool for humans, enabling us to understand and interact with the world around us. Audio, particularly music, is an extremely valuable medium for communication. But it is still undervalued in advertising. A survey of 48,000 articles on the WARC database shows only 10% have any mention of music, while just 29 (less than 0.1%) discuss it in any detail.

This feels like a serious omission. Music triggers different types of emotional activity in our brain. Given the importance emotional arousal plays in advertising and communication, pairing the right music with the right image can be very powerful.

If we want to see how effectively music can be used, look at the film industry. We need only hear a few notes of the theme music from Jaws to immediately conjure up the image of THAT shark – and vice versa. Likewise, when we picture the shower scene from Alfred Hitchcock’s Psycho we immediately hear the shrill sounds of the violin.

These ‘audio visual’ moments create both short and long-term impact. You can’t think of one without the other. And this pairing is no coincidence. The film industry knows this – that’s why it invests in a soundtrack team that works closely with the image-makers to maximise the power of a scene.

The advertising industry doesn’t seem to make that same investment. A WARC survey of a range of people across the industry, including creatives, planners and advertisers, stated “Music is a complicated topic and generally an afterthought at the creative execution stage of the process rather than a strategic consideration”. It also acknowledged that music “has untapped potential when it comes to brand recognition, repositioning of a brand, and driving efficiencies across the media mix”, and according to an Admap article the right music can increase sales effectiveness by as much as 30%.

Considering the many innovations around the visual image, it is astonishing that audio has been so neglected. In a society that’s keen on multi-tasking, audio could be the valuable tool that gets people to look up from their screens. We expect novel and interesting visuals, but audio offers an opportunity to take us by surprise. In the classic creative pairing, one person is dedicated to visuals and another to copy; but who is addressing audio?

In my view, there are three key areas where audio can be used as a strategic tool:

The Attention grabber: Whether bold and brash for shock value, calming and relaxing lulling the audience in, familiar and recognisable – or other techniques, you can’t look away from sound, it draws one in.

An Emotional Connection: There is a host of research on the effects of audio and emotion - but we need only to observe someone listening to music to see how it affects our emotion and mood. 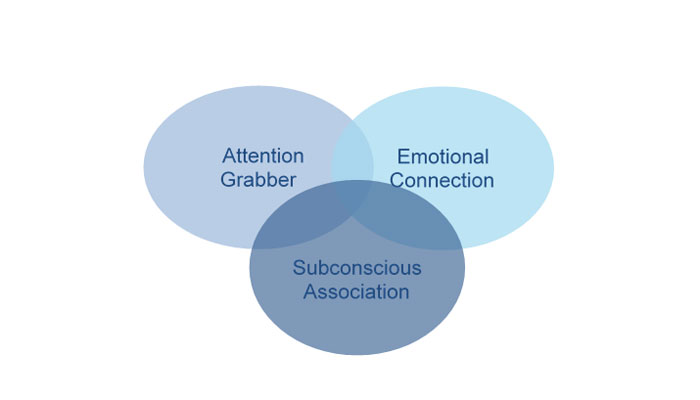 When used strategically, audio helps people connect with advertising on a more meaningful and deeper level. It can also create free media exposure, as seen by John Lewis’s Christmas ads. The songs have resulted in millions of radio plays, downloads and single sales prompting people to seek out the original campaign online, resulting in more than 10 million YouTube views.

The Domino’s ‘Mouth Boggles’ campaign is a great example of strategic importance being placed on audio. An integral part of the campaign’s message is that Dominos’ taste is so great words can’t describe it - hence the unusual and comical sounds arising when a Domino’s pizza arrives. The audio is a vital part of the impact of the campaign.

These examples confirm my belief that an agency that taps into and properly embraces the power of audio has the opportunity to gain a competitive advantage for their clients and themselves.

For more on audio, see WARC’s best practice: How to choose the right music for your brand 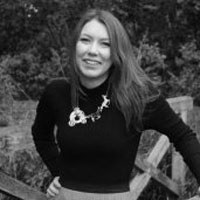 Eve Carpenter is on the iris Rotate scheme. She has worked in planning, data analytics, and PR for the agency.