Jeremy Bullmore, described by Campaign as “Adland’s greatest philosopher”, has contributed an essay to WPP’s Annual Report for more than a decade. Here, WARC reprints Jeremy’s exploration of an Aston Martin ad that continued to be effective 30 years later.

Many years ago, the late Len Heath, then in his mid-forties, sold his interest in an advertising agency and took me out to lunch. Afterwards, he offered to drive me back to my office. I protested – my office was no more than 10 minutes’ walk away – but Len insisted. And when we got to his car, I understood why. It was a shining, stunning, elegant, arrogant, latest-model Aston Martin.

It was the first time I’d been inside an Aston Martin and it didn’t disappoint.

“You may be interested to know why I bought this car,” said Len. “I bought it because I saw an advertisement for it.”

“But that’s not the interesting bit,” said Len. “What’s interesting is that I saw that advertisement when I was 14.”

I’ve never tried to track that advertisement down but I don’t feel the need to. We can know with some confidence a great deal about it: not only what it was like but what it most certainly wasn’t.

It wasn’t focused on price. It wasn’t a special offer. It didn’t emphasise an easy payment scheme. It didn’t suggest that stocks were limited. In other words, it was in no way tactical. Its intention would have been to reinforce the facts and feelings about Aston Martin that already existed; to increase its wantability; and so to sell as many Aston Martins as possible, both immediately and forever: while never seeming desperate to do so.

Advertising’s evangelists have long wanted advertising to be recognised not as a cost but as an investment. And it’s true that it can be.

The client and their agency would have known that only a tiny proportion of individuals could afford an Aston Martin so they must have considered running an exclusively direct mail campaign. Such pinpoint targeting and the ruthless elimination of media waste could have seemed the acme of efficiency. But if they’d adopted that approach, the 14-year old Len Heath would never have been captivated.

For an advertisement to have enough potency to generate a £50,000 sale 30 years later, we can be certain of much more. Crucially, there would have been a client – perhaps an individual, perhaps a number of senior Aston Martin executives – who knew that the car they were offering for sale was a great deal more than the sum of its mechanical parts. Yes, they might have wanted to draw attention to its brake horsepower and its powers of acceleration and any other factual aspects of its competitive performance that could be expressed in hard, verifiable numbers. But they would also have known that there was something about this car that defied definition or deconstruction. They wouldn’t have used the word brand because in those days only washing powders were brands but they would have known from their own besotted feelings for the car – and from lengthy conversations with its owners – that for a two-dimensional printed image to convey the heady appeal of this multi-dimensional car, something called artistry was an absolute necessity.

Someone in their agency must have had the vision. There must have been a writer and an art director who, almost certainly elliptically, perhaps even poetically, conjured up the words and the pictures that conveyed the power, the beauty and the downright drama of what, prosaically, was just an extremely expensive motorcar.

Advertising’s evangelists have long wanted advertising to be recognised not as a cost but as an investment. And it’s true that it can be. That Aston Martin advertisement was delivering a return 30 years after it had first appeared. A bold claim, certainly; and one impossible to quantify; but no one in marketing can doubt its truth.

Not all advertisements, however, have such investment value. A price promotion advertisement, for example, will contribute nothing to the worth of the brand; indeed, it may actually devalue it. Online advertising can be exceptionally effective at triggering immediate action; but research studies reveal it to be far less effective than traditional mass media at building and nourishing brands over time; though not, it’s important to emphasise, at the expense of immediate sales.

The growth of short-termism in marketing has been well-documented. A McKinsey Global Institute report from last year found most executives believing that short-term pressures continue to accelerate. A chief marketing officer is likely to be in his job for a shorter time than any other senior executive. Reporting times continue to shrink. If people are going to be judged and rewarded mainly on the basis of sales volume this quarter, and may well be working on another brand within 18 months, there’s little to encourage them to acquire and practise one of the most priceless skills in marketing.

It’s not just Aston Martin that has brand values which contain and exceed its functional values. So do all brands, however workaday. That’s why they’re brands. And it’s those values, far more than patents, that protect their brands against predators, that preserve their desirability, that allow them to command a decent price and – just as long as those values are continually refreshed – that give them every chance of delivering well into the future.

It costs no more to be consistently true to the voice of your brand; it just demands diligence – and a small degree of artistry.

Over 60 years ago, David Ogilvy wrote: “Every advertisement should be thought of as a contribution to the complex symbol which is the brand image.”

Nobody questions the necessity of capital expenditure in the protection of a company’s tangible assets. For many companies, their most valuable assets are classified as intangible: their consumer brands. And that intangibility, if it is to be preserved – and quite as much as plant and machinery – needs regular, budgeted maintenance. It needs the protection and regular nourishment that only singular brand communications can deliver.

All advertisements, however modestly, should strive for the Aston Martin effect. Astonishingly, it’s free. •

Now... the wise and sceptical reader will say: “Sounds plausible – but where’s the evidence?”

We unhesitatingly recommend a new book called Profit Ability: The Business Case for Advertising. It quantifies the impact that different forms of advertising have on the bottom line – in both the short and the longer term. The authors say: “Following a pro.t-damaging drift to short termism in marketing, Pro.t Ability swings the spotlight back onto creating shareholder value. It provides empirical evidence … for what businesses can expect advertising to deliver. It shows that advertising … should be used as a powerful investment for growth.”

In his foreword, Patrick Barwise, Emeritus Professor of Management and Marketing at the London Business School, highlights a modern dilemma faced by many CEOs and CFOs: while fully aware of the importance of brands, they are under constant pressure to deliver short-term results. He writes: “This important, evidence-based study will help them work with their CMOs to address this dilemma.”

Profit Ability: The Business Case for Advertising, Special Report 2018. Commissioned by Thinkbox; compiled by Ebiquity and Gain Theory; promoted by Thinkbox and The Marketing Society of Great Britain. Copies available from thinkbox.tv. 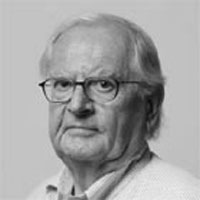