Gaming has seen an incredible upswing in usage as India continues its COVID-19 lockdown measures, but why aren't consumer brands embracing this interactive medium to engage with audiences, asks Kunal Sinha.

Around the world, as people get used to life under lockdown, they are picking up or returning to games as a form of escape and connection. While many industries face challenges, gaming is certainly thriving.

With its inbuilt infrastructure supporting widespread socialization, gaming provides enthusiasts the closest live experience as they possibly could get. It is known that almost a quarter of gamers play video games to socialise with other gamers. 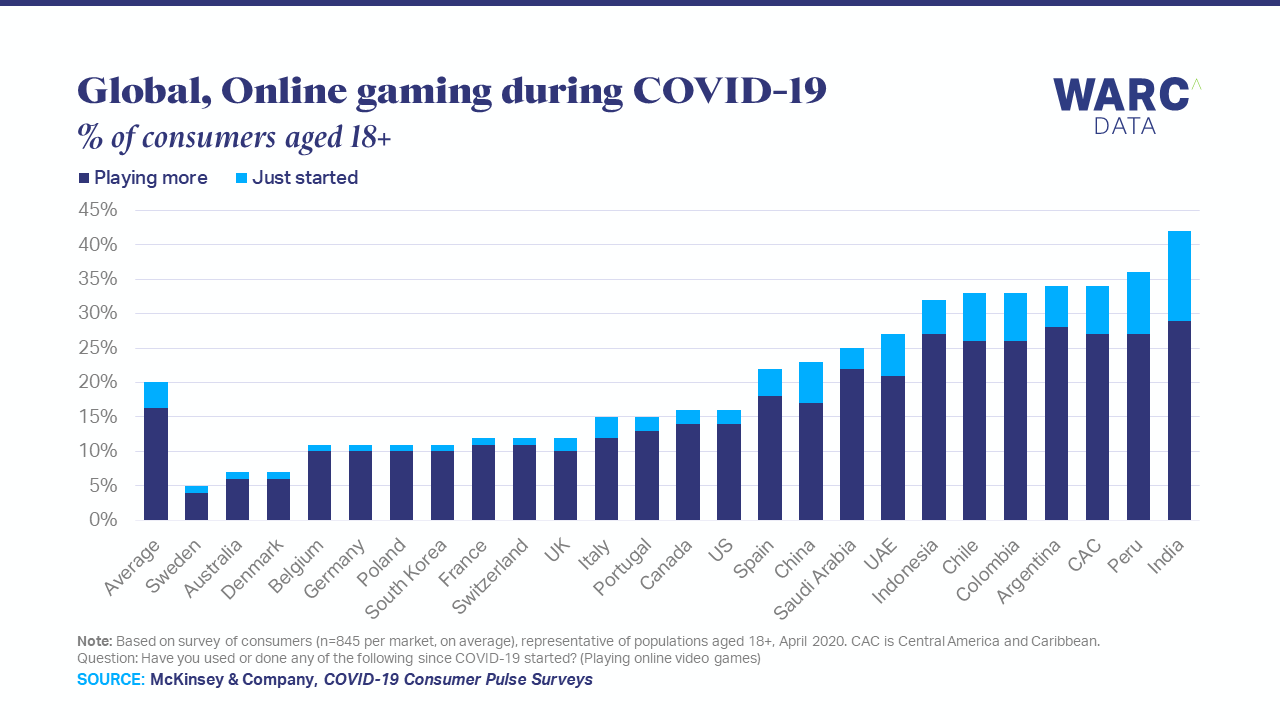 Nowhere is this more apparent than in India. According to the mobile marketing platform provider InMobi, usage of gaming apps rose by 110% between 1 January and 11 March this year.

Games like Psych and Houseparty are amongst the most-played games which people are played to relieve their quarantine ennui. According to Paavan Nanda, co-founder of WinZo Games, a popular vernacular gaming platform offering monetary benefits, they experienced a tripling of games plays and 30% higher traffic very soon after the lockdown was announced in mid-March. As the lockdown continued, traffic and engagement grew by the hour. For WinZo, primetime for gaming has changed from 7pm to 11pm in the evening to 11am to 5pm in the day, and multiplayer modes on the platform have grown threefold.

The experience of Paytm First Games has been no different. The platform, which allows users to choose from more than 100 games like Fantasy Cricket, Rummy and Ludo, has seen the number of Rummy games being played double every week. The rewards on offer - totalling over Rs 100 million - attract enthusiasts not only from India’s metros but also Tier 2 and 3 cities. New users who have joined the platform are mostly between the ages 18-45, the prime working age and student population.

Pokkt Mobile Ads reported a 39% increase in mobile game downloads in March 2020, and a 31% increase in mobile game ad requests globally. In response to the upsurge in gaming, Facebook Gaming released a feature that allows users to play tournaments against the general public, or friends. Gamers can create Fortnite or Call of Duty: Warzone tournaments, update leader boards and raise money for COVID-19 relief.

From gaming to gamification

The penchant for gaming amongst technology users and consumers provides businesses, clinical services and civic authorities plenty of opportunities to influence behaviour. Gaming unlocks our instinct to compete and win. It doesn’t matter if the prizes may be big or small – often just having the opportunity to socialise a win could be motivation enough to play.

The World Health Organization (WHO) – which only last year had declared gaming as a disorder, realized its immense potential in capturing attention and keeping millions entertained.

It teamed up with leading technology and gaming companies – Microsoft, Sega, YouTube, Twitch, Riot Games and Activision Blizzard, to run a campaign ‘Play Apart Together’. With celebs like Kim Kardashian on board, the campaign urges gamers to stay home and adhere to social distancing, offering rewards, free special events and exclusives for their favourite games. The campaign has already racked up 4.7 billion consumer media impressions globally.

Location sharing app Zenly, owned by Snapchat, has gamified shelter-in-place. Typically, the app would encourage its users to go out and explore the world, and it might seem to lose relevance as most people went into self-quarantine. Instead, Zenly chose to launch a Stay At Home Challenge, which shows a leader board of which friends spent the most percentage of their time at home. It allows users to view who is embracing social distancing the best, and share stickers of the scoreboard to Snapchat, Instagram and other social networking sites, along with tips on keeping safe from coronavirus. Zenly essentially built a game around isolation, making it cool when people are not visiting friends, grabbing coffee or a drink, or taking a run.

For civic authorities, one of the key challenges which COVID-19 has thrown is to keep businesses open and encourage local consumption. Israel-based Colu Technologies launched a campaign in partnership with the Tel Aviv Foundation, to help local business and communities. Residents received a digital punch card, which they could use four times at local establishments for a minimum transaction of approximately US$6. Once they completed the entire challenge – four qualifying transactions – they win a one-time reward of US$10. The challenge revolved around the proven gamification concept of setting a goal, a reward and keeping score until the resident completes all four purchases. In just two weeks, by gaming the residents’ behaviour, the campaign was able to generate US$145,000 worth of economic activity.

Gaming is also being used to identify potential treatment for COVID-19. Researchers at the University of Washington’s Institute for Protein Design have designed a protein-folding puzzle called Foldit, whose players look for ways to twist virtual protein structures into different shapes and contortions. Some of these may have therapeutic value, which increases the player’s score. The game has so far produced 99 chances to win. The killer payoff – all this has real-world implications in terms of countering COVID-19.

There are businesses that are looking at gaming as a way of building employee engagement. The employees of Gamify competed to create a game that was unrelated to any campaigns but would keep morale up. The winning game ‘Mad Shopper’ turned out to be a commentary on the panic buying of toilet paper. Players were required to manoeuvre a shopping cart, grab as much toilet paper as they possibly could while dodging clouds of coronavirus.

Where are all the consumer brands?

It is a real irony that, at a time when change in people’s engagement with technology is dramatically undergoing transformation, consumer brands are choosing to adopt a policy of wait-and-watch. They are waiting for consumer demand to return. They are waiting for shops to reopen, for goods and people to start moving again.

The same might be said of media companies and entertainment studios, who cannot shoot through the lockdown. Could they not possibly create gamified experiences around their content and characters? What a wasted opportunity to keep consumers and viewers engaged when they have time on their hands and are looking for ways to relieve their boredom!

Isn’t it time for them to game the slowdown? 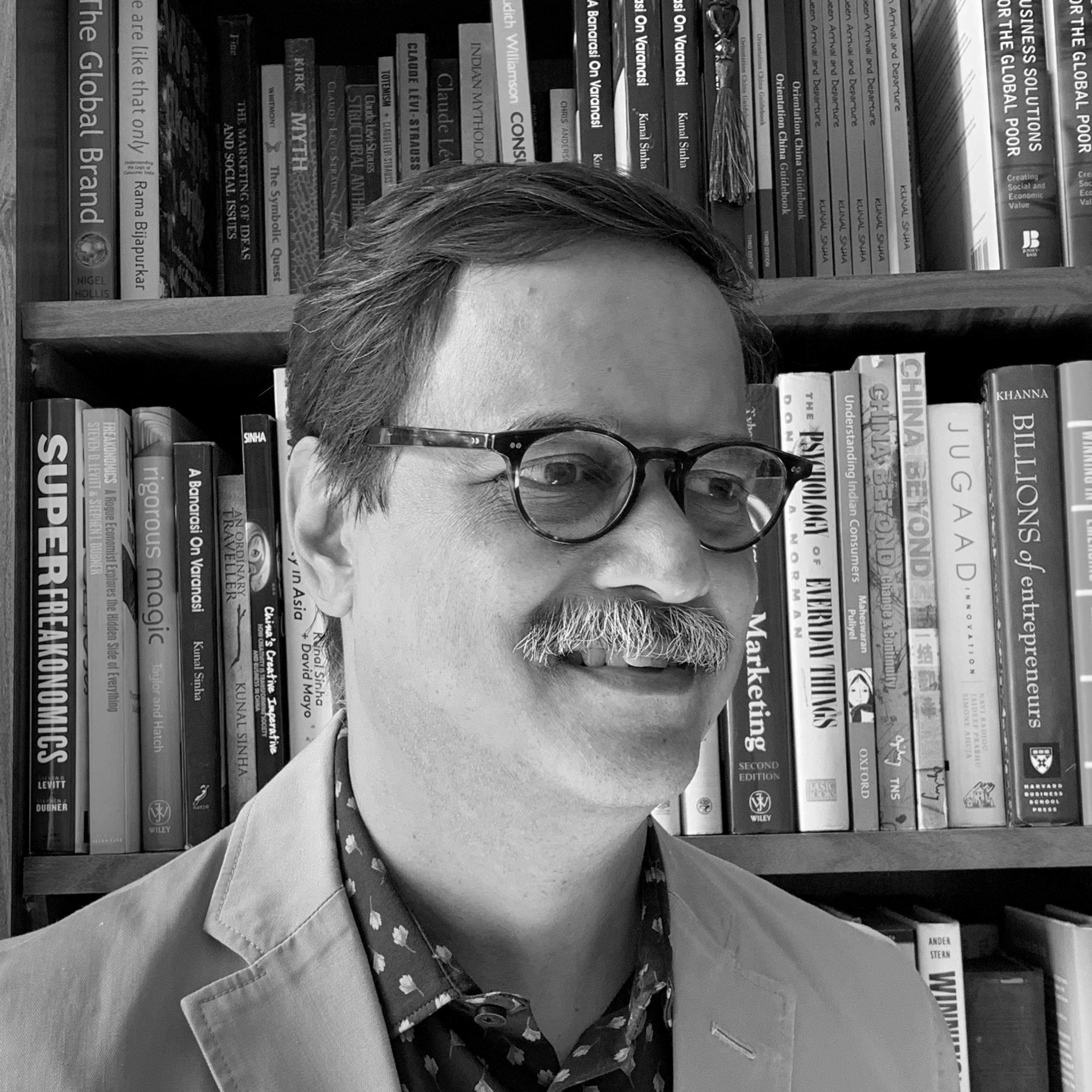 Kunal Sinha is the Principal Consultant – India at WARC Advisory, with over thirty years of strategy and foresight experience across large Asian markets.
Get a demo
Topics
Send feedback