Vaccines against the coronavirus have been widely welcomed, but there are still plenty of doubters out there. Kirstie Turner, of health communications agency Page & Page and Partners, ponders how to address a wave of misinformation and falsehoods.

Miscommunication, confusion and fake news: these are not the words you want associated with a life-saving inoculation. And yet, communication surrounding the COVID-19 vaccine has been rife with perplexity.

Any vaccine was always going to be a contentious subject. Just last year, the World Health Organization named ‘vaccine hesitancy’ as one of the top 10 threats to global health. A quick Google search on ‘safety of the COVID vaccine’ produces 385,000,000 results. You needn’t look beyond the first page to find articles querying the safety of the approved vaccines due to expedited trials and approval times.

The dangers of mixed messaging

A flood of mixed messages has been accompanied by seemingly confused decision-making from governments, all of which has left the public increasingly wary. To further compound the challenges, the UK has (at the time of writing) three approved vaccines, which means three times the confusion. We’re already seeing members of the public refusing their vaccination precisely because they haven’t been offered the ‘right’ vaccine, from the pharma company they were hoping for.

With my immersion in the world of pharmaceuticals and healthcare, I cannot imagine believing that such a risk-averse, by-the-book industry would take a punt on the safety of, well, the entire global population. But communication during the pandemic from governments and health officials has, at times, felt contradictory and bewildering – President Trump’s ‘inject yourself with disinfectant’ episode being a notable low point. When you combine this with the fear of the unknown, it is easy to see why people don’t know who or what to trust.

Press briefings and public advice in the UK have felt impossible to follow at times. Decisions are said to have been made based on sound scientific evidence, but then the groups of scientists whose advice we were following last week are now completely contradicting government decisions. Where is the reasoning behind who we are listening to this week? This needs to be explained, as people are beginning to question why we’re seeming to pick and choose whose advice to take on a week-by-week basis.

When people are left feeling confused or doubtful by the messages delivered, they often turn to social media to rant their feelings or to ask: ‘did anyone understand that?’ This brings with it a host of new issues. A recent survey by Freckle found that 86% of people believe there is a fake news problem on Facebook. So, what about the other 14%? Do they honestly, hand-on-heart believe that every word on their news feed is the truth, the whole truth, and nothing but the truth?

The long-awaited approval for a first vaccination against the coronavirus (and the approval of subsequent vaccinations) was, for millions of people, a glimmer of light at the end of the ominously dark tunnel that was 2020. But waiting in the wings were social media’s keyboard warriors, dangerously armed with anti-vaccination misinformation and carefully crafted theories about Bill Gates’ plan to steal our data with hidden microchips.

A positive role for influencers

As a writer, I think language and wording is key to successful messaging. None of us like that feeling of not understanding what someone is saying to you, but you don’t want to look stupid, so you nod along in unsuspecting agreement. We tend to switch off or lose interest. Or we find someone who explains it in a manner we can understand.

In order to combat this confusing communication and fake news, we need to move forward with clearer messages and advice. As the pillars of many communities across the world, surely there is a bigger role that local health departments and authorities can play here? They understand their local communities at a level that governments may not, and this opens up the opportunity to re-educate people in a language they understand, on the platforms they use.

One solution is to utilise the notion that people like people who are similar to them. If someone looks like us, speaks like us or has similar life experiences, we’re instantly more drawn to them and trusting them is a little easier. By creating a group of diverse influencers, who represent a wide range of communities, we can begin to share their messages in local health settings and on social media and to offer the public important information in a more accessible way.

Local health authorities could be identifying influencers in the area that resonate with the people they want to reach. Something as simple as a live Q&A session on social media with that influencer and a COVID-19 expert can open up the reach to new audiences. They can discuss the topics that people are most confused by, in a language that all parties understand. This brings the conversation to the platforms they are using, allowing for an open discussion, rather than a one-way feed of government messages.

There’s the saying ‘people don’t want to know how the sausage gets made’. Except in this case, the inner workings of how and why things like vaccinations and prevention work shouldn’t be on a need-to-know basis – we all need to know. This pandemic has impacted every aspect of our lives, and now, more than ever, people are looking for information on the topic. They want to feel listened to and feel a part of the conversation.

Over the past 12 months, we have faced the toughest health challenge of the 21st century, and our pharmaceutical companies raced against time to develop a vaccine that will allow us, one day, to return to some sort of normality. But with this influx of hesitancy, I find myself wondering which is worse: having a disease with no protection, or having a 95% effective vaccination that people are not willing take because our communication has been so poor? 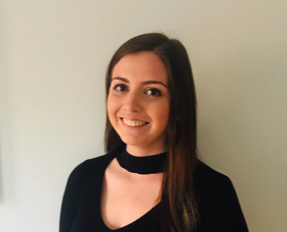