Misunderstandings and miscalculations about China are reaching new levels, and it’s not just because of politics, culture and language. The lack of a centralised data system is not making things easier.

So what can CRM do as the Chinese and Western marketing worlds drift apart and as the marketplace monopolies by the Chinese tech giants increase in power?

China’s push for a digital economy has created a self-sustained ecosystem designed from scratch and a greater self-reliance in core technologies to fend off foreign influences. One consequence is retaliation from foreign brands in China, as judged by Oracle’s wave of ‘political firings’ in Beijing, purportedly due to Sino-US tensions.

In the meantime, the CRM market in China has fostered a series of competitive home grown players, from Baidu’s Aifanfan to Tencent-backed Xiaoshouyi, all vying for the top spot.

So why does it matter to have a CRM solution integrated with a brand’s global system? Here is why I think an integrated worldwide CRM will support the growth of western brands in China.

1. Because global teams are wary of China’s digital system

China’s digital system is different from its western counterparts in terms of how platforms and apps relate to their peers. Unlike western companies that are focusing on building products, Chinese ones are winning by creating their own digital walled-gardens, with products such as WeChat, that consumers can’t live without.

This is why Alibaba and Tencent, two tech titans that dominate China’s digital economy, are blocking traffic to each other’s apps – or that belonging to any other tech rival. It’s also the case for ByteDance, which is taking on Tencent with its internationally popular video app TikTok. Just try to open TikTok from WeChat, or vice versa. Therefore, for Western brands entering China, they need a CRM answer that can connect to all Chinese platforms and marketplaces to collect user data.

And behind the differing Western and Chinese digital universes are brand marketers who are drifting apart from a lack of understanding. Without a tool to help the global teams of brands understand their China performance, it’s only natural that they are wary of the reports from their China team.

In less than two decades, China has become the world’s most important source of international visitors. According to the United Nations World Tourism Organisation (UNWTO), Chinese tourists became the top spending group in international tourism since 2012.

Within the travel retail segment, chances are, Chinese consumers are buying your product on Rue de la Paix or at La Rinascinte instead of in malls in their local cities. This is especially the case for luxury consumption. 23-to-38 year-olds are willing to spend on luxury brands, and financially able to do so, since 70% of China’s millennials own their own homes – twice the rate of US millennials, according to HSBC’s Beyond the Bricks study.

A globally-integrated CRM system will help a brand forecast when and where Chinese consumers will go, and what they are likely to buy. A digital campaign, trackable with deterministic consumer data points (WeChat ID, phone number, real name, and passport info, for example), could be launched before outbound tourists leave for their holidays so brands can understand traffic flow, monitor consumer journeys as well as inform their overseas shop managers so they can better prepare for the influx.

This means getting Chinese-speaking front-line service assistants ready, planning for inventory, facilitating tax refunds, and last but not least, retargeting shoppers when they have returned to China.

Many of my local friends from Shanghai told me they also buy at duty free shops at the Pudong airport before leaving and pick up their purchases after their holidays when they land back in Shanghai.

As consumer touchpoints increase in complexity, the old regional divide of CRM territories needs to be upgraded to one combined CRM system where all consumer actions across the globe could be captured.

Meanwhile, another trend emerging is that of the Chinese economy cooling. It is not unreasonable to expect Chinese consumers to be less optimistic in terms of expenditure. Therefore, a brand owner’s CRM capacity will play an increasingly important role in easier customer acquisition, which will make way for more calculated retention moves.

A more cautious consumer attitude may not be a bad thing at all – mature consumer behaviour requires more logical targeting and retargeting solutions, and CRM technology development allows many such logical actions for brands to interact with their VIPs.

4. Because CRM puts the brand in the centre, not the marketplace monopolies

Finally, in the digital era dominated by superpowered marketplace monopolies that sometimes place pressure on smaller merchants, how to maintain brand independence is the challenge faced by brands in the FMCG or fast fashion domains.

As data and traffic are two strongholds that brands can’t compete with marketplaces in China, I think marketers should focus on designing their own CRM solutions to utilise disparate data streams and turn them into insights about their consumers.

In fact, once a brand creates its own CRM solution, it will develop much healthier relations with the marketplaces, with more realistic expectations of return of investment as well as a better decision-making process enabled by proprietary numbers and facts.

It is paramount for all brand managers to make sense of a brand’s overall digital performance in China, and not prize e-commerce too highly. A well-designed, customised and centralised CRM system will, in every possible way, facilitate sales, cater to versatile demands in today’s digital economy, and reduce miscalculations about China. 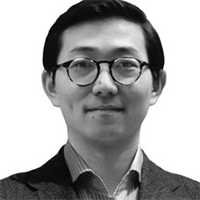