Ebiquity’s strategy chief Christian Polman analyses the possible cause and effects of Google’s decision to take Chrome cookie-free - and what brands need to do about it.

Throughout the 20-plus year lifespan of the commercial internet, cookies have been a critical feature of its essential architecture, albeit a feature hidden from sight from most casual users.

Cookies are small chunks of code loaded onto a web browser and used to track the sites a user visits. They are crucial for understanding which ads individual users are exposed to and whether users take action in response to those ads. These actions range from following a link to completing a request form and go right up to making a purchase. Cookies are what have driven much of the advertising revenue generated by the internet to date.

Last month, Google announced its plan to phase out third-party cookies on its Chrome browser by 2022, with a post from Justin Shuh, Director of Chrome Engineering. In place of cookies, the company is planning to introduce a range of new solutions that do much of what cookies do but that make the internet a less irritating and invasive environment than today’s ecosystem. It follows similar initiatives by Apple for its Safari browser since 2017 and Mozilla for Firefox. Despite being the dominant player in the browser market, Google is now falling into line with its smaller competitors. Already, the great majority users of Safari – the default browser on Macs, iPads, and iPhones – do not accept cookie tracking anymore.

But Google going cookie-free by 2022 truly does represent a seismic shift in the internet advertising market. For while Safari and Firefox each have a 9% share of the global desktop browser market, Google Chrome has a near-monopoly at 69%. For reference, the one-time default of Microsoft’s Internet Explorer has shrunk from 21% in 2015 to just 3% today. According to StatCounter, in the world’s biggest online market, the US, at the end of 2019 Chrome had 48% of the market, while Safari claims 37% and Firefox just 4%.

The big difference – and the reason that Google’s announcement created such big news – is that advertising is the primary business of Google’s parent company, Alphabet. Cookies have been at the heart of its advertising model for two decades. They’re what allow brands and advertisers to identify unique users and individual consumers. Meanwhile, Apple makes its money from hardware, apps, and entertainment content (music, TV, and movies) and most of Mozilla’s revenues come from search-related royalties. Alphabet apparently has very much more to lose, and many commentators have been quick to point this out.

In his post, Schuh noted that blocking third-party cookies could have “unintended consequences that can negatively impact both users and the web ecosystem”.

Google truly is caught between a rock and a hard place. On the one hand, it needs to secure its long-term financial future with a long-lived and sustainable financial model, satisfying advertisers, many of whom have built their businesses and brands using cookies and third-party data. And on the other hand, it’s attempting to appease different national and transnational government regimes, which have both privacy and anti-competitive concerns top of their agenda.

2018’s General Data Protection Regulation (GDPR) from the European Union was followed last year by the California Consumer Privacy Act (CCPA). Both regulations are designed to ensure users provide active, informed, opted-in consent that their personal data can (or cannot) be used to track them online. The impact and implications of GDPR will likely be strengthened by the EU’s proposed ePrivacy Act, originally intended to come into effect alongside GDPR in May 2018 but delayed until 2022. And the CCPA will likely be joined by data privacy and anti-competitive, anti-trust legislation at a Federal level in the US, though not until after the November 2020 presidential election.

While privacy advocates and regulators may welcome Google’s initiative to remove cookies from Chrome in the next couple of years, many advertisers may well interpret Google’s move to cut off access to third-party cookies as an anti-competitive move in and of itself. This is because third-party cookies are critical to Google’s competitors in the digital advertising ecosystem, as they are a primary source of audience data that advertisers can use as an alternative to what Google, Facebook, and the other large digital players offer.

The door still remains open to Google launching its own proprietary approach to third-party data collection solution, a move which could strengthen its role as a data supplier. Many industry commentators believe that Google is already building a new, cookie-free solution that will have similar abilities to identify unique users. And it’s well known that Alphabet is also running a Privacy Sandbox initiative. Advertisers and regulators: watch this space.

At a stroke, Google’s announcement heralds the phased end to audience targeting, audience measurement, attribution, and conversion measurement – at least all of this activity outside of the walled-gardens of Google, YouTube, Facebook, and Amazon.

For some brands, the big challenge will be how they can maintain and secure digital advertising effectiveness if – from 2022 onwards – they can no longer leverage cookie-level data for targeting. The move may also jeopardise brands’ ability to allocate digital media spend as efficiently as they used to without the conversion data for performance activation, which is effectively the model for most digital display and video advertising spend.

For many brands, however, Google’s move presents an opportunity to rethink their digital strategies and review their approach from an effectiveness-led perspective, rather than from a tech or data-led approach. For, as many brands have found in the increasingly-digital advertising ecosystem, tech- and data-led approaches don’t necessarily lead to effective marketing.

I see four main options available to advertisers in this brave new world.

1. Buying digital inventory directly from publishers, who are rolling out first-party data offerings.

2. Shifting towards contextual buying, rather than audience-led buying. This means placing ads in environments where relevant audiences congregate, the “back-to-the-future”, online equivalent of advertising sailing gear in yachting magazines.

3. Reviewing measurement approaches and replacing attribution and conversion tracking with tried-and-tested, analytical solutions, such as econometrics and testing, which have become much more granular and impactful, thanks to better digital advertising data.

4. For brand-focused advertisers, this also marks a shift towards panel-based solutions, which have innovated and moved on as the digital advertising market has matured. These include cross-media measurement solutions that blend data from digital and traditional, online and offline media environments, taking into account the totality of a brand’s advertising investments – and data.

When Apple announced the introduction of Intelligent Tracking Prevention in Safari in 2019 to stop cross-domain tracking, many advertisers shifted their budgets from Safari to Chrome. With Google’s recent announcement, this isn’t an option because the overwhelming majority of internet users will soon be entirely cookie free. That means there needs to be a new solution, and advertisers should ask their agencies how they plan to address the cookie-free internet environment of 2022 and beyond. In fact, it should be topic of their next call or meeting.

Whatever solutions Google, the adtech and agency community, and advertisers themselves co-create, it’s clear that Google’s new policy won’t just remove cookies – the simple piece of tracking code – from the ecosystem. At a stroke, it will also shatter the cookie jar they came in – the ad tech solutions that use the data captured by cookies. 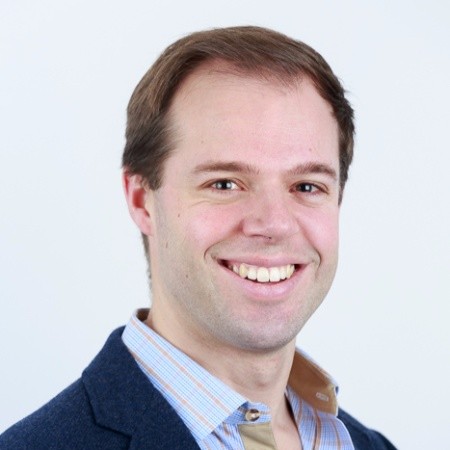