Accenture Interactive’s recent purchase of creative hot-shop Droga5 prompted considerable discussion about the future of traditional agencies, the role of management consultancies in marketing, and whether further acquisitions are likely in the near future. To get a longer-term perspective on this acquisition, WARC’s Stephen Whiteside talked to Michael Kassan, the chairman/CEO of strategic advisory firm MediaLink – which, itself was acquired by Ascential (also the owner of WARC) in 2017.

How easy will it be to integrate Droga5 into Accenture?

Integration is never easy. So, I think they’ll have the same integration challenges that anybody would have relative to bringing disparate cultures together.

Culturally, you could argue that Droga5 – as a more freewheeling, creative shop – is probably going to be less buttoned up: David Droga’s not wearing a suit and tie; the core people at Accenture are metaphorically wearing suits and ties. As such, I think you have the normal cultural differences that are going to have to be addressed.

What did Accenture get when it bought Droga5?

They bought one of the preeminent creative agencies in the business. David Droga has been described by many as – among other things – the “Darling of Cannes”. David is a charismatic leader. He’s built an amazing company. He works with some of the world’s largest brands as their creative resource.

Of course, like any company, Droga5 is a group of professionals; it’s not just one person. It’s no different than when MediaLink was acquired by Ascential. They actually bought a whole company of nearly 200 people, not just me.

That’s true of David Droga and Droga5 as well. They’ve bought a whole company, not just a person.

Should we expect further agency acquisitions by management consultancies?

The agency business needs to adjust to the new paradigm. The agency business has to do that. That’s their responsibility. It’s not the management-consulting firms’ responsibility to sit on their hands. It’s the management-consulting firms’ opportunity to utilize whatever assets they can get their hands on to be more competitive in the spaces that they want to be in.

I think it’s incumbent on everybody to do their part to maintain their relevance to the industry. 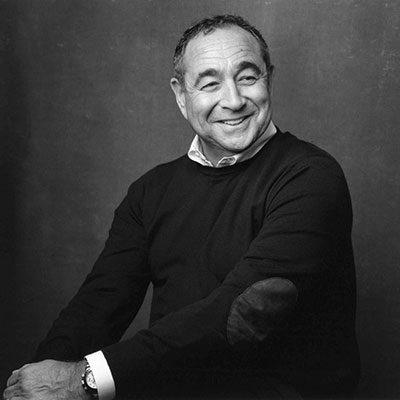 What does the purchase mean for clients of Droga5?

I believe it’s good news for the clients, because if you take their creativity – and their “creative chops,” as we would say – and put that against the backdrop of better data and whatever other capabilities Accenture can provide, I think it’s going to be an enhancement for clients. I don’t think clients will be afraid of that. I think clients should embrace it.

Do you think creative agencies are going to struggle to stand alone in this new world?

Traditionally, creative agencies’ work was based on the best creative idea. I don’t think that’s the case anymore. I think it’s much more data- and insight-based ideas you’re looking for.

It’s not to say size matters. I think it’s access to data, and utilization of data, that matters. And you should be able to get that whether you’re part of a larger organization or you just access the data as a vendor.

What do consultancies have that holding groups don’t?

What the management-consulting firms have done is stake a claim to being “smart” and “strategic”, and they branded the advertising agency holding companies as tactical and transactional.

The advertising-agency holding companies have allowed themselves to get branded that way. They need to step up and defend their turf a bit better – maybe by better storytelling.

I think they have a marketing problem.

Are any of the holding companies responding well to the challenge?

I think they all are. I think IPG’s purchase of data-management firm Acxiom last October tells you a big thing in terms of what they do, and how they look at data. Obviously, WPP historically was doing a lot of this anyway; they were making a lot of investments that others might have said, “Gee, why are they investing in these technology companies or content companies?” They were diversifying.

I think Dentsu, with the purchase of tech-focused agency Merkle, is similar. Publicis’ recent $4.4 billion acquisition of Epsilon shows meaningful development. I think they’re all, in their way, stepping up.

With the rise of ad-free platforms and technologies, how is the role of agencies going to change?

My argument here is there’s a trillion-dollar industry, which I characterize for this purpose as the barbarians at the gate: There’s a trillion dollars of marketing spend that has to be re-imagined in some way, shape or form.