It is becoming ever easier for Chinese people to travel, and many are celebrating big events like Lunar New Year and Golden Week by going away. The opportunity is rich for destination retailers, argues Jonathan Smith of Hot Pot China, but planning for the Chinese traveller means understanding a few basics.

According to research from consultancy firm Global Blue, 80% of Chinese tourists prefer shopping instead of visiting museums or partaking in cultural activities. These tourists spend between 30% and 50% of their budget on a range of mainly high-end goods and the average single spend per Chinese visitor to Harrods in London is an impressive £3,000.

Despite these statistics, these consumers with a lust for travelling and an even larger lust for spending their disposable income, are not being targeted properly by retailers - particularly at key times such as ‘Mini Golden Week’ starting around May 1st, the Lunar New Year and Golden Week in October.

Considering that in December, the UK’s key shopping period, there was a 1.5% drop in retail sales month-on-month, properly targeting these travelling Chinese tourists could be the shot in the arm the ailing high street needs.

It isn’t all the fault of the retailers, though – in historical terms the travelling Chinese consumer is a relatively new phenomenon. It is only within the last 5-10 years that overseas travel has become a significant cultural ambition.

Historically, when China initially opened up to western brands, sophistication and taste were largely dictated by price tag.

However, since then intangible experiences such as travel have exploded in terms of popularity. Experiences that can be captured and shared on social platforms have risen to become the new status symbol. Tourism to the Antarctic, for example, is on an ever-growing list of money-almost-can’t-buy items.

The Chinese government has also made it much easier to get a passport, which means that 10% of Chinese citizens now have them and are able to travel. Additionally, these internationally-minded consumers are often tasked with shopping for friends and family back home. Much of the spend seen at European retailers like Harrods, Selfridges and Galeries Lafayette stems from this phenomenon.

And, considering premium products bought in mainland China might cost up to 50% more than in their country of origin, the money travellers save on those items can easily end up paying for their trip.

The first step to selling to Chinese consumers overseas is to build a strong brand and generate demand. However, to do this on a meaningful scale within mainland China can take significant time, effort and budget.

It is also important to understand the reasons why your brand holds appeal for a Chinese audience. For instance, accessories brand Sophie Hulme suddenly saw an upsurge in interest when a Chinese celebrity gifted one of the brand’s core collection bags to his recently-separated girlfriend. This positioning as “the ultimate boyfriend gift” from a niche, emerging designer played excellently with a fashion-savvy Chinese audience.

In the planning stage, each brand needs to know its unique appeal to Chinese consumers and how to impart its core messaging to this market. A relatively lightweight brand audit can help reveal fascinating insights that can drive localised marketing efforts. It is also vital to ensure that thinking is joined-up, aligning core messaging around brand and product range with tactical and strategic implementation on the relevant channels.

The channels can be crucial. Many brands will know the major social platforms such as WeChat and Weibo, but few are implementing savvier approaches.

So, you may want to consider platforms such as Qiongyou or Mafengwo. As Chinese equivalents to TripAdvisor, they are home to highly active communities who share their travel experiences, drop personalised itineraries and post amazing pictures of their adventures (and shopping) as inspiration for other travellers.

As a successful campaign hinges on reaching Chinese consumers throughout the travel trail, another key factor to consider is the booking window. This can be two or three months before the actual departure date, so if you are looking to capitalise on Golden Week, you need to start your planning in May to go live through June, July and August. Any later and itineraries, shopping destinations and must-have items are likely to be mostly locked down.

Too often brands are reactive and planning is a scrambled affair a few weeks beforehand, leading to poor creative, an un-cohesive approach and wasted media spend.

Brands should then look at individual OTAs and booking sites such as Ctrip and Qunar to reach consumers again, pushing them further down the funnel.

Finally it’s also about reaching audiences in their destination. One very effective way is to use local Chinese influencers on Weibo and WeChat in a timely way. We successfully used this tactic in our Lunar New Year campaign for Selfridges, where we gave five London-based Chinese influencers the chance to create content based around their personal experiences of the creative side of London.

While the issues on the High Street are very real, the opportunities presented by travelling Chinese consumers at peak travel times can more than counteract domestic downturns. Success centres on a strategic approach, appealing localised creative and a knowledge of when, how and where to use the relevant channels. 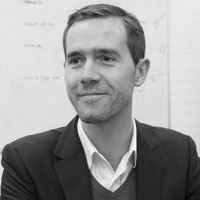