Ahead of tonight’s virtual event announcing the first set of winners in the 2020 DMA Awards, Laura Jordan Bambach reflects on this year’s judging process.

Like many aspects of our lives, awards ceremonies have also had to adapt in 2020. Some have been cancelled, others are having to find new, remote ways of judging entries. While it may seem like an unusual year for celebration, it is vital that we acknowledge and reward some of the hard work accomplished by marketing teams.

I have been a judge at the DMA Awards before but this year was a different experience. There was a greater focus on loyalty in a year where money was scarcer for customers and businesses alike. Marketers found themselves exploring what else could be done to create a feeling of solidarity and togetherness at a time when people really need compassion.

Being a Category Chair at the DMAs was one of the better judging experiences I’ve had this year. The ‘virtual judging rooms’ were well organised and structured – as you’d expect from a show with such a deep reliance on the more thoughtful bits of the industry that really put people first.

The DMAs are special that way. They really look at the creativity and effectiveness of ideas and how they put the customer first, celebrating the best the industry has to offer across 35 categories. It’s a real commitment as a juror too, because each entry has supporting evidence that needs careful consideration – each being judged on strategy, creativity and results.

The focus on results is pretty alien for creative awards. EFFIES excluded, you’re often asked to ignore the success of a campaign to focus on the idea and execution, but it’s an exciting opportunity to dig deeper into “the ultimate proof that work, works” (DMAs).

How to make a submission stand out

Even though my category was craft-focused, ‘Best Design or Art Direction’, we were also asked to take strategy and results into equal consideration. There really was some beautifully crafted work that could inspire and touch the hearts of audiences – speaking to them in very diverse and meaningful ways. But the best submissions displayed some incredible creative ideas that were supported by data-driven insights. It’s brilliant proof that storytelling is made stronger, not weaker, through the clever application of data.

Being a juror feels a bit like being in the film Predator – picking off the ideas one by one until we’re left with the Schwarzenegger of the entries that make the Shortlist.

First to go are usually those ideas with an over-dependence on personalisation. Personalised communication can be award-winning if used in innovative ways, but there were some entries where it was used in a conventional manner and it felt very expected. Just because you do the basics right, it doesn’t mean you’re going to win. When searching for our winner, the judges looked into the application of data, above and beyond simple targeted messages and imagery.

The best campaigns used data to create insight in areas that you would never have expected. Not only would they be able to identify key audiences but also understand what makes them tick. There were incredible examples of passion points and the needs of subcultures being identified. There were also examples where audience insights led to particularly brave work which broke conventions in both craft and message – steering clear of expected tropes to create really fresh work. All of which, of course, was exquisitely executed.

Jurors aren’t always in agreement – the diverse panel of judges meant that there were many different opinions about entries – and my favourite piece in my category perished much earlier than I’d hoped!

The best work at the DMA Awards really shone because it seamlessly integrated creativity, compassion and data insight into an effective, scalable strategy. The campaign would deliver meaningful results that enhanced the customer experience in new and exciting ways.

To replace the traditional December DMA Awards night, there will be three virtual events to reveal the Category winners: The Winners’ Series.

Category Chairs and Judges will take the audience into the campaigns that triumphed in the judging rooms and discuss what made the work ‘Gold’ standard in their expert eyes.

The Winners’ Series will run as follows: 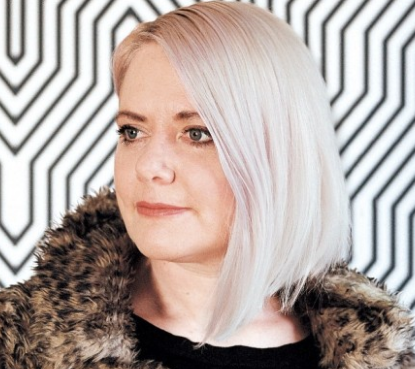