Recession, war and terrorism have shaken the pillars of American optimism. We, the people, are hesitantly scratching our heads and wondering how all this happened? We are justifiably cynical about the state of corporate sincerity.

Big Biz Doesn't Get It

In most instances, big business still refuses to "get it." Instead, financial executives deny they could have done anything to avert the 2008 economic disaster, pass the buck or trot out spreadsheets to show that the economy has turned the corner, saying the "fundamentals are now sound" while they pay back their cheap loans to the Fed.

But people don't live their lives by the "fundamentals." People (customers, consumers, shareholders, voters) are emotional animals and emotion always trumps numbers. So how can the CEOs of America earn back the trust of the American people?

First, trust grows slowly over time. The unit of time that business leaders orient to must be expanded beyond the quarterly 'expedient present.'

Thirdly, trust comes from a shared past, a collaborative present and a co-authored future where mutual self-expansion is the goal. Secrets, and behind the scene maneuverings, corrode trust. Narratives that give voice to our deepest selves must supplant clichés and linear propositions.

Fourth, access encourages trust, even when it means acknowledging mistakes. Here social networking may help. Facebook could be used by corporate executives to allow some business-decision dynamics - and even some personal information - to become "public." Two-way communications must be encouraged.

Furthermore, earning back the trust of the American people requires a wider cognitive vision from business leaders, which need not be based on altruism. It can be meaningfully based on a re-cognition of the nature of vitality.

When people feel their authenticity has been respected, they feel more optimistic, self-responsible, and social. They feel "bigger" when connected to something larger than themselves. A sense of "me" and "you" are one is cultivated, such that a relationship can grow.

Venues for such cognitive revamping include:

1. SOCIETY, NOT JUST MARKETS
Markets imply mechanistic models where human dynamics get short shrift. Society is an amalgam given rise by the human commerce of emotion, belief and belonging.

2. QUALITY OF LIFE, NOT JUST INCOME
Money is great; having a lot is a way of defining self-worth, but money can't buy happiness, friendship or love - things of true value.

4. AUTHENTICITY, NOT JUST PERFORMANCE
People attach to products, ideas or people that provide a venue to express their self-identities. A real performance is always more effective than acting.

5. CONNECTEDNESS, NOT JUST INDIVIDUALISM
Given the complexity and conflicts of the world, we need to transcend our individual identity without negating it and to recognize the fundamental idea that 'The Other' resides in us too.

If companies can forge a genuine sense of relatedness with the public - The Other - the public will give them the benefit of the doubt. America must develop a culture of community in which the individual and the group can thrive. Only in that way, can America live up to the idea of "WE, the people." 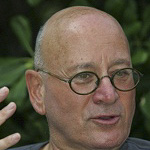