Rob Isaacs, Head of Content and Partnerships at Lucky Generals and a judge for the 2017 Effective Content Strategy category at the WARC Awards, says that content marketing campaigns need to learn to love data.

Data used to be really hard to love. It used to be the marketing equivalent of the kid who got sand kicked in his face. It was always the preserve of the media and direct agencies, rather than truly belonging to creative agencies. And data people within agencies tended to be the boffins, the geeks, the people who were good at Microsoft Excel. In other words, not the sort of people down the pub on a Friday night, fraternising with the cool kids and bonding with the agency’s hottest creative teams.

The agencies that did use data had a not-so-sparkling reputation for creativity. The mere mention of the word seemed to send the brightest and best creatives running for the hills. Plus, creative agencies that have won serious amounts of awards over the past few years have treated their work with some mystique, preferring to mystically draw back the curtain on ‘purpose’ or ‘cultural insights’ or even just talking about ‘serendipity’, rather than majoring on numerical literacy,

All this has filtered down into a bit of ‘dataphobia’ in the world of content. Despite us content practitioners being super-rich in data sources, it was shocking how many entries for the Effective Content Strategy category in the 2017 WARC Awards relied on an insight that came out of nowhere.

There were few mentions of how Google Trends were used to target what people were looking for, or how social listening was to work out an unfulfilled need, never mind how client data was used to segment audience and design a content strategy. Nor was there much of an emphasis on how results data helped evolve a campaign over time, whether it be through the media targeting, or via executional tune-ups.

This was a bit of a surprise, because of how easy and accessible all this data is these days. We have Google Trends at our fingertips. Social listening tools are ten-a-penny. And it’s easier than ever to track through to meaningful business results rather than vanity, engagement-based metrics.

Yet in all my experience, data is our friend. A friend to help us scale up, to build differentiating audience insights and to help ongoing optimisation. Increasingly, our clients make decisions not on gut feel or even consensus, but based on the data that they have. Studies show that client organisations that make good use of data make decisions faster, are better able to execute on those decisions and are more successful organisations overall.

There no longer needs to be the trade-off between use of data and creativity. Agencies with a younger breed of creative will find there is no discomfort with strategies that are driven by data. It’s no longer the preserve of the geeks.

The 2016 Grand Prix for the WARC Prize for Social Strategy, Making money extra easy for Halifax (which I happened to work on when I was at adam&eveDDB) used data firstly to build a case for major investment in content, then search insights to find out what people were asking and talking about. And then it used data to help the campaign evolve.

Judicious and consistent use of data will create an ever-improving situation for content: more investment, better insights, higher quality creative work, more media investment and better results. However, if we continue to scrimp on how we use data, content agencies will end up receiving the budget leftovers at the end of the year and be lower down the priority list for clients.

There were three entries in the content category that used data in an exemplary fashion, all in their own individual ways.

First, Ford’s Le Fantôme entry is extremely well versed in data. The brand had clear objectives against sales targets, rather than engagement, and the paper is full of persuasive arguments outlining why Ford needed to invest in a content campaign to launch its most expensive car ever, rather than a conventional TV advertising campaign. You can tell that they won the argument, because they secured enough investment not only to produce a cinematic 7-minute film, but also because they received 38m views across Europe, so there would have been a significant paid-for budget behind that.
Telco du’s #PostWisely campaign wasn’t quite as data-rich as Ford’s entry, but the core insight from which the campaign was sprung was interesting. It all came from a piece of data showing that people in the United Arab Emirates were much more likely than the global average to fall victim to cyber-crime.

The Grand Prix winner’s use of data was the most interesting. KFC’s Hot & Cheesy campaign from Malaysia to promote the fast food chain’s burger used Google Search Insights and programatic data to identify 100 different opportunities to target consumers with topical and contextual content. The creative format was both sufficiently flexible and charming to enable 100 different executions to be created. For me, this was a use of data that enabled and inspired greater creativity.

My hope is that all three examples will inspire people within our industry to get better at using data to build a case for investment, to generate great insights and to execute with imagination and context. Perhaps next year, even more entries will have learned to love data. 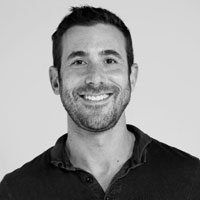