England winning the Women’s Euros can be game-changing moment for women’s sport generally, not just football. Brands will have an important role to play in making that happen, says Hopscotch Consulting’s Jenny Anderson.

As the whistle was blown on the Women’s Euros final – after 120 action packed minutes – something changed forever in English football. It was a celebration to be cherished on multiple levels – football finally came home with the first major tournament win since the 1966 World Cup and in front of a record-breaking Wembley crowd. But this was a particularly sweet moment for women’s sport – yes, for women’s football, but also for all women’s sport, too often in the shadow of men’s events.

Much has been discussed in the intervening days about the legacy that the Lionesses’ win can – and should – have on women’s football. There has been talk about the need for more broadcast time, more big stadium fixtures, for better investment and increased brand sponsorship, and generally about the gap between men and women playing the game.

The Lionesses are in line for an overdue significant payday as major brands line-up to offer lucrative sponsorships and at last these elite female athletes are being talked of in the same breath as their male counterparts.

But is it too early to be talking of legacy when there are still so many barriers preventing girls from taking part in the first place – never mind reaching the upper echelons of the elite sports star?

There is a real role for brands to play in supporting football, and indeed other sports, at grassroots level including schools and local sports clubs. The Lionesses set the ball rolling on this, with an open letter to the two new candidates for prime minister, Rishi Sunak and Liz Truss, talking about their legacy and calling on them to ensure that every young girl in the nation can play football at school and have access to a minimum of two hours of PE a week. There also need to be more investment in female PE teachers.

But there are other barriers which prevent girls’ participation in sport, and which are responsible for the drop off in physical activity as girls enter their teens.

Quite simply put: breasts, periods and body image, and there is a huge opportunity for brands to get involved with helping girls understand and overcome the issues which are holding many back.

Women in Sport’s report Reframing Sport for Teenage Girls: Tackling Teenage Disengagement was published earlier this year looking at the barriers to teenage girls’ participation in sport and exercise. It found that 43% of girls disengage from sport and exercise post-primary school. The most significant barriers to adolescent girls taking part in sport centred on self-belief, capability and body image. Negative attitudes impeding participation and enjoyment of sport included: feeling judged (61%); lack of self-belief (50%); pressures of schoolwork (41%) and not feeling safe exercising outside (38%).

In trying to identify what happens between primary school and secondary school for girls, the report found that going through puberty is significant with even the sportiest of girls needing more support to manage the physical and emotional impact of puberty on physical activity. Menstruation is a significant factor with seven in ten girls avoiding activity during their periods because of pain, fear of leakage, tiredness and self-consciousness.

Indeed, Women in Sport, with a consortium of partners including Hey Girls, Places Leisure and Places for People, has established the Big Sister initiative – created by girls for girls – to help break down the barriers of puberty and normalise conversations around topics such as periods and changing bodies.

Other key points from the Women in Sport report were that fathers supported their daughters less than their sons (interestingly, girls and boys felt equally supported by their mothers) and that girls want a wider variety of fun, exciting and accessible opportunities to get active.

While there are universal issues affecting teenage girls’ activity levels, for some groups there are additional barriers. The cost-of-living crisis will have an impact on access to sport – especially among the least affluent families (who already are less likely to be active according to Sport England data). For many children, school is the only place they can access sporting facilities and the school summer holiday means a long period of that being closed to them.

According to Women in Sport, 37% of girls only do sport and physical activity in school PE (compared with 27% of boys). We worked with Nuffield Health to create its Move Together initiative to give girls aged 11-16 the opportunity to participate in free sessions at community centres and local parks. These focus on a fun, judgment-free approach to exercise where girls – alongside their family and friends – can discover new disciplines that they might not try at school.

Of course, brands will want payback for their involvement in encouraging women into sport. I’m sure Nike will have been doing their own goal celebrations when Chloe Kelly performed her ‘top off’ celebration revealing her sports bra with the Nike swoosh front and centre. This was an endorsement from an elite sportswoman but could and should be part of normalising the conversation around breasts and breast health in schools. This has already started with Treasure Your Chest, a collaborative initiative developed by St Mary's University, the Research Group in Breast Health at the University of Portsmouth, and the University of Chichester.  According to their research, breasts can be a barrier to girls’ participation in sport and exercise. The same team worked with the Lionesses to ensure they had the best sports bras for their bodies.

The moment has never been more necessary nor fuller of possibility for brands to look to make a difference to the wellbeing and health of our young girls. The benefit of sport goes beyond the physical – it helps with life skills such as making friends, teamwork, bolstering resilience and improving mental wellbeing.

So, for any brands considering investment, support or partnerships, there are several key considerations:

With more goodwill banked for women athletes in the Commonwealth Games and the Women’s World Cup on the horizon, there has probably never been a better time for brands to help girls and young women into sport and physical activity. Not everyone has to go for gold, but, having set the foundations with a sense of This Girl Can, then why not double down and invest in grassroots change to ensure each girl can at least give it a go? 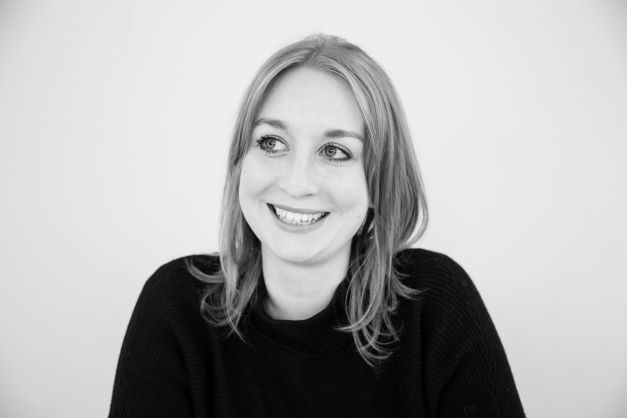