Despite the opportunities of Southeast Asia’s mobile ecosystem, ad fraud is a major issue. TrafficGuard’s Luke Taylor explores some of the strategies that could help prevent it.

Mobile engagement numbers in Southeast Asia (SEA) resemble a digital marketer’s dream: Southeast Asians are the world’s most engaged mobile users, with more than 90% of internet users in the region connecting first and foremost via mobile.

But the region’s booming mobile and internet economy has also become the perfect breeding ground for nefarious players looking to exploit vulnerabilities for financial gain.

Digital advertising, has proven to be an attractive target - according to TrafficGuard research, a staggering US$17 million is estimated to be lost to ad fraud every day in APAC. 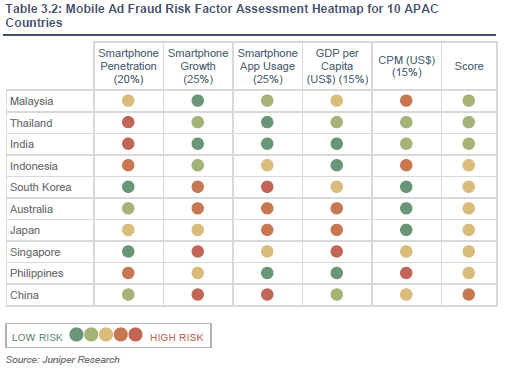 The reality is that with growing smartphone penetration across the region, and its mobile-first internet consumption habits, fraudsters have a high addressable base of users to target. And in these markets, where lower cost per mile (CPMs) and lower awareness of ad fraud indicate weaker fraud detection capabilities, fraudsters will ultimately be able to get away with using basic or unsophisticated techniques.

Indeed, that’s exactly what we’re seeing. While the growth in digital ad spend in recent years across SEA has been astronomical, it has not come with the safeguards to match. And that’s largely down to education.

For example, in mature digital markets like North America, the industry is relatively well-informed about ad fraud and its guises, with many large advertisers employing tools for mitigation. This means fraudsters vying for a piece of the pie must be increasingly sophisticated in their methods to evade detection.

In stark contrast, awareness of actionable steps in dealing with ad fraud in SEA remains relatively low. This means that rudimentary ad fraud tactics that might be less successful in the mature markets get a second lease of life and enjoy a higher success rate in SEA. These include:

Ultimately, where fraud prevention adoption is lower, even the most basic executions will steal ad spend.

The way forward: a proactive, not reactive approach

To get ahead of the game and avoid the same magnitude of fraud that’s long plagued their counterparts in the west, SEA’s advertisers would do well to learn from North America’s mistakes.

For a long time, businesses focused their efforts on arguing with vendors to recover their losses, rather than proactively stopping fraud. But lost media spend is just one symptom of ad fraud. Treating just this one symptom meant that fraudsters continued to get paid and were able to re-invest to innovate new tactics. And ad fraud was ultimately able to grow into the $18.7 billion industry it is today in North America.

At the same time, many other symptoms of ad fraud went unaddressed, including:

Southeast Asia has an opportunity to leap frog this learning curve and stop ad fraud in real-time rather than starting with recovering media spend. To do so, campaigns need to be analysed at multiple points in the advertising journey - from impressions, clicks to attribution and install - rather than treating each level in isolation. This gives fraud verification tools greater context to reliably uncover fraud, while also ensuring that any invalid traffic that evades one line of defence doesn’t get through the next.

Marketers should also look to work transparently with their traffic sources, by encouraging knowledge-sharing and sharing fraud reports as soon as they’re available. This helps traffic sources to optimise their campaigns to their highest quality sources while reducing time associated with reconciling media volumes and chargebacks by ensuring both parties have the same numbers at billing time.

Today, with new tactics and forms of fraud continuously emerging, prevention can be the only cure. In SEA, a combination of increasing advertising spend, lack of ad fraud awareness, regulation and technical talent only makes the imperative stronger. 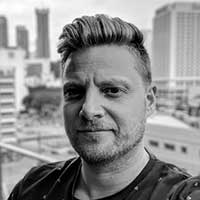