Social media has changed dramatically from the last decade. DDB Latina's Juan Isaza examines the shift in how we use social.

Now that everybody is talking about the risks of accessing private information on social media with the intention of influencing political campaigns, it is interesting to understand how social media has evolved from a more open space to a more private one. The result: users will censor themselves more and more to avoid conflicts and build a personal community with people who match their personalities and lifestyles.

If we recall how we used social media in the last years of the past decade, perhaps one of the key factors we remember was the obsession we had with gaining social status for the so-called “consumer-generated content.” Most people were working hard growing the number of friends on Facebook and followers on Twitter. It was the first stage of the consumer as content generators, so making sure their voice was heard by everyone really mattered. As consumers, we all wanted to somehow be famous and influential.

Things have remarkably changed in the last few years. There is a much lower probability that our political opinions or our very own personal experiences with a brand are shared openly on social platforms such as Twitter, and more likely shared in a WhatsApp group with colleagues or extended family. We should probably call this the “social anonymity” era. Or, perhaps, we could clearly affirm that this is an era of being “socially self-censored.” And, believe me, this is not necessarily a bad thing.

We are talking more and more about Finstagram accounts. The typical teen behavior of maintaining two simultaneous Instagram accounts: the official, totally open to the world (including parents and school authorities) and the “Finsta” with an average of 25 followers containing their real-life stories. This behavior epitomizes the new vision of social media: smaller and more controlled communities. Influencers and celebrities with thousands of followers also enjoy having their own space for a very close group of friends.

Huddle is probably a very nice example of consumers refraining from sharing openly their videos or their identity. It is a US-developed video app where people can share very intimate issues related to mental health, depression or anxiety. The face of the participant is pixelated to give total anonymity. It is extremely social but also extremely private at the same time. It is public because you are sharing very intimate issues with strangers. It is private because they will never know who you are. In a liquid world (as predicted by Z. Bauman) this duality shouldn’t be a matter of surprise.

Being social (but not too much) can be good for users. Social media platforms that are public and private at the same time or public to some with certain characteristics make a lot of sense. There are some dating platforms that make you visible only to those who meet certain requirements or go through some filters, such as auditing your LinkedIn page. Another example worth mentioning is Blendoor, a job search app that neutralizes those variables that could potentially be the origin of biased decision-making or discrimination by gender, age or nationality. The tool is self-defined as “merit based matching.”

Social media, however, is not facilitating diversity. Algorithms prioritize content coming from people with whom users have more interaction. The result is endogamy: closed communities limited to the type of content that is more attractive to their members. Particularly, in political terms, while Twitter is considered a space for debate and controversy, Instagram is considered a more relaxed territory to pander rather than to disagree. So, people go to Instagram looking for a break in their routine and the last thing they want to do is argue. Facebook is somewhere in between: people want to spend some time relaxing, but since it is also a space for news and information, time is also spent debating and being confrontational.

In the next few years, we will see more people spending time on social media by sharing content more openly, thus preferring closed platforms. People will be checking out if there are pictures of themselves in Google images and will try to control the amount of information social media and the open internet has about them. It will be more about having a “politically correct” public image or perhaps no public image at all. This is neither positive nor negative. It is a cultural fact. However, one cannot help but wonder if there is a clear redefinition of the term “social” as we know it. 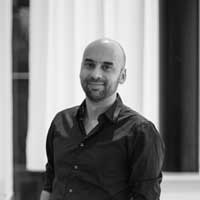