There’s no doubt that gender identity is a crucial component of a consumer’s self-concept. People often conform to their culture’s expectations about how those of their gender should act, dress or speak; we refer to these sets of expectations as gender roles.

It should not be news that gender roles are always a work in progress. A behavior or product that’s considered taboo for one gender or another today may come into vogue tomorrow. The fact is, gender norms have always been in a state of flux. The definitions of feminine and masculine have been very different in different places and times. Even Mattel, which gave us the hyper-sexualized Barbie, recently launched a line of gender-neutral dolls.

There is nothing new about androgyny in Western fashion, either. For centuries male European aristocrats sported wigs, white stockings and lots of ruffles and lace. The novelist George Sand turned heads in 19th century Paris with her jackets and pants, and last century Marlene Dietrich and Katharine Hepburn helped to popularize suits for women. In the 1960s, men’s long hair cascaded over their flowered shirts, and Twiggy inspired a more masculine body profile for women. Numerous pop culture icons sent mixed messages about sexuality, including Elvis Presley, David Bowie, Annie Lennox, Sinead O’Connor, Mick Jagger and many others. In 2011, Selfridge’s opened an androgynous section called Agender. Many pop-culture icons are poster children for androgyny, such as Dr. Frank-N-Furter in the Rocky Horror Picture Show (originally portrayed by Tim Curry), the celebrity drag queen Ru Paul, the comedian Eddie Izzard, Lady Gaga, the New York Dolls, the late Prince and Annie Lennox. Prominent design houses such as Vivienne Westwood, Jean Paul Gaultier, Céline and Prada have offered masculine tailoring for women and high-heeled boots for men.

It’s crucial to recognize that the dual dichotomies of male vs female and men vs women are not the same. Here is where biology and psychology part ways: we designate a person as male or female depending upon the sex chromosomes they carry, but the experience of being a man or a woman is much more fluid.

Today we’re witnessing a particularly volatile shakeup, as our culture grapples with changing definitions. At least in some parts of our society, it’s increasingly commonplace for a person assigned male at birth to ‘act feminine’ by wearing skirts and make-up, or for a person assigned female at birth ‘act masculine’ as she dons overalls and construction boots. And that’s not to mention the legions of people who change their biological identity via operations and hormone injections. An oft-cited 2015 study by Wunderman Thompson reported that 82% of Gen Zers think that “gender doesn’t define a person as much as it used to.”

In this rapidly changing world, it’s important that marketers understand what it means to be male, female, agender, cis, feminine-of-center, FtM, genderqueer, third gender, or any one of numerous terms that vie today to replace the man/woman dichotomy of old. Marketers need to closely follow this conversation to be sure their messages and products sync with these evolving definitions. After all, the market potential of LGTBQ (lesbian, gay, transgender, bisexual, queer/questioning) consumers alone is pegged at just shy of $1 trillion. To align with this market, Equinox created a video called “LGBTQAlphabet: Six Letters Will Never Be Enough,” in which dancers and narrators explored identity and sexuality through each letter of the alphabet. To demonstrate how even the largest marketers are embracing these consumers, a Coca-Cola ad entitled Pool Boy features a young woman who ogles her family’s pool cleaner – dressed in open button-up shirt exposing his chest – through a window. Meanwhile her brother is doing the same from his bedroom. Both get the idea to run out and offer the man a Coke (spoiler alert: Their mother has the same idea and she beats them to the punch).

When brands loosen up their traditional market definitions of gender, they may encounter exciting new opportunities. Products and services that used to be solely the province of one gender may now be fair game for others as well. More than three million British men say they wear makeup such as ‘manscara’ and ‘guyliner.’ A third of these users borrow cosmetics from their wives or girlfriends, but the online retailer MMUK Man exclusively sells products for men.

One driver of this sea change relates to a rethinking of the traditional cultural dichotomy of man’s work vs woman’s work. In the USA, most younger couples agree that in the ideal marriage husband and wife both work and share childcare and household duties. That’s a big change from just 20 years ago, when less than half of the population approved of the dual-income family, and under 0.5% of husbands knew how to operate a sponge mop.

Today, it’s increasingly common to tune into TV commercials that depict a domestic version of fathers who tenderly and wisely look after the kids. This updated picture even has its own name: Dadvertising. A Cheerios commercial, for example, showed a confident dad taking charge of a hectic weekday morning. The campaign also featured a dedicated Tumblr page and Twitter hashtag, #HowToDad.

Masculinity and femininity are social constructs that vary across cultures and historical periods. However, in Western culture we seem to have reached a watershed moment when people question even the anchor points of this continuum. So-called gender binarism seems a quaint notion to many people who may not identify as either male or female (as we culturally define these categories). The cage that separates men and women has never been more fragile. Don’t get left behind as this gender revolution picks up speed.

Michael Solomon is a Global Consumer Behaviour Expert and the author of The New Chameleons: How to Connect with Consumers Who Defy Categorization, published by Kogan Page priced £14.99. 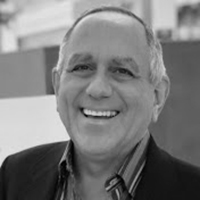 Michael R. Solomon is a Global Consumer Behaviour Expert and the author of The New Chameleons: How to Connect with Consumers Who Defy Categorization.
Get a demo
Topics
Send feedback