Marketing in the gaming ecosystem

This article is part of a series of articles from the WARC Guide to marketing in the gaming ecosystem. Read more.

The real advertising opportunity in live-streamed gaming is to leverage the relationship between gamer and audience, writes MediaLink’s Michael Burke.

“We compete with (and lose to) Fortnite more than HBO”

Not only does Netflix lose viewers as they play Fortnite, but it also loses the millions of people watching other people play Fortnite. And it’s not just Fortnite – it’s hundreds of other games, being played by thousands of gamers, who are streaming their gameplay to millions of people interacting with and generating advertising revenue on Twitch, YouTube and Facebook.

This behavior is not entirely new, but it is certainly growing at a rapid clip. Yet historically, ad spending on video games and related entertainment has lagged well behind usage patterns. Put another way, gaming may be the most under-utilised mass medium on the planet. If that’s ever going to change, it’s critical for brands to understand the consumer trends, considerations for advertising and opportunities to look out for as this only continues to grow.

When it comes to gaming, it’s almost as if we should break it down into two distinct but huge mediums:

The answers are all similar – we enjoy watching people who are exceptional at their craft, fantasize about being that good, and take in tips and learnings on how to improve our abilities. And the numbers support it: in Q2 2020, Twitch, the largest platform for live-streamed games, had over five billion hours of streaming. There is even professional gaming with esports, which is at the pinnacle of this trend and deserves a separate deep dive.

Once the behavior is more understood, the next series of questions from advertisers often follows as, “How do you get started advertising on something like Twitch? Should I consider live-streamed gaming? Where does it fit as a video investment strategy?” This is an industry that likes to put media in buckets, and “gaming” overall doesn’t fit neatly in a single bucket.

Thus, as you think about your advertising approach, it’s important to break down the components. There are numerous entry points into the world of gaming, and some of them don’t fit neatly into existing ad buying channels. But many do. Specific to the two distinct mediums, here are some examples.

To further dig into strategies around live-streamed gaming advertising, it’s important to understand audience behavior, interactions with the gamers, and the community that is created as a result.

At a basic level, audiences flock to Twitch, Facebook, and YouTube to watch their favorite gamer play a game, such as Fortnite or League of Legends, and interact with others who are simultaneously watching the live stream through social features. The gamer’s role is to show off their game skills and entertain their audience while the community of viewers cheers him or her on. (To be clear, these streamers are not necessarily esports stars – more often they are expert gamers who are skilled at narrating their experiences). The gamers are streaming for hours (six to eight hours per day at times), while the audiences are viewing for long sessions (30-plus minutes average viewing).

When considering advertising in live-streamed gaming, the real opportunity is to leverage the relationship between the gamer and the audience, the communal nature of the live-streaming, and the opportunities that present itself throughout. This is no different than the relationship Rachael Ray has with her viewers or Joe Rogan has with his listeners. They are influencers with an audience who can be advocates or a spokesperson for your brand.

And with that, brands can work with these influencers and the platforms to create unique, more valuable experiences for the audience, integrate into the content and, of course, leverage video ads throughout. The community and social aspect of these live-streams adds additional layers that create immediate engagement and a feedback loop for brands.

From a video advertising standpoint, as there aren’t ‘commercial breaks’ during the gameplay, the platforms (Twitch, YouTube and Facebook) are constantly innovating to optimize the experience for users, brands and the gamers. These will manifest through pre and mid-roll and even screen-in-screen, which can be targeted to specific games, categories of games and audiences.

It’s undeniable that this live streaming trend of gaming and beyond will continue; yet, the demand and expectations from brands are also becoming clear. These are centred on brand safety and measurement.

This is a good time to remind you of key platforms in this space. The leader is Twitch, which largely operates independently but is owned by Amazon. Facebook recently put a big stake in the ground by picking up the assets of the recently shut down Mixer, which was Microsoft's ‘Twitch competitor.’ And Google remains a consistent player with YouTube Gaming.

The concerns a brand should have around safety and measurement within live-streamed gaming involve user-generated content, aligning with relevant content, and understanding the impact on the brand. These aren’t new challenges. The reality is that the conversations brands are already having with top platform partners will translate nicely into this arena. And maybe, just maybe, as the gaming world innovates, it can be a part of the solution the industry needs to satisfy the demands of the content creators, audiences and brands.

Read more articles from the WARC Guide to marketing in the gaming ecosystem.

The WARC Guide to marketing in the gaming ecosystem

The future of gaming is mobile, and in APAC the future is now
Tim Lindley

#playaparttogether: The gaming industry before and after COVID-19
Eduardo Mena

What marketers can learn from mobile gaming advertisers
Fintan Gillespie

Game-on: How brands can unlock the potential of gaming in Asia
Michael Fegan and Jamie Lewin 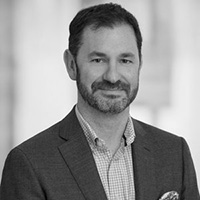