Qatar 2022 is both a huge global marketing occasion and regarded as the most controversial tournament in men’s FIFA World Cup history. Sports business consultant Andreas Plastiras looks at how brands are handling the first winter World Cup.

In what represents the first men’s FIFA World Cup to take place during the ‘golden quarter’, it would be sensible to assume that a raft of brands would be eager to activate and push creative boundaries to capitalise on the huge audience interest in football’s showpiece global tournament. After all, sport, and football in particular, has the unique power to unite and inspire a nation and when the World Cup comes around every four years there is really nothing else quite like it. To give an indication of the scale of opportunity, in the UK last year, there was a peak audience of 30.95 million during England’s European Championship Final penalty shoot-out loss to Italy – the biggest TV audience in the UK since the funeral of Princess Diana in 1997 when 32 million viewers were recorded. Why then, in spite of this opportunity and despite WARC data suggesting ad spend in the final quarter of 2022 is set to increase by 4.5% from last year’s record high of £9.5bn, is only a ‘muted lift’ expected as a result of the football? The answer lies in the unavoidable controversy that has surrounded the tournament since Qatar was announced as host nation back in 2010.

The build-up to the tournament has been overshadowed by conversation and prominent media coverage of pertinent and important issues surrounding the country’s treatment of migrant workers, its stance on gay rights and the corruption allegations facing FIFA over its award of the event to Qatar, and this has placed brands – particularly official tournament sponsors – in a very precarious position. Hummel – kit manufacturer and sponsor of the Denmark national team – is perhaps the most notable example of a brand taking a stand in protest against Qatar by toning down its branding on the team kit along with producing an all-black ‘colour of mourning’ kit, with the company saying “we don’t wish to be visible during a tournament that has cost thousands of people their lives.” A protest of sorts though it is, Hummel’s move is bold yet hardly revolutionary and raises broader questions around the lengths brands really could go to if they are serious about taking a stand.

The fact that brands are being put in this position in the first place is not a good look for FIFA nor football as a whole, considering that typically you would expect the run up to the World Cup to be dominated by celebratory visuals of the host nation(s) and major cities within them. This time around, however, it is not the case and instead official FIFA sponsors such as adidas have opted to focus instead on the theme of ‘unity’ having unveiled its ‘Family Reunion’ spot to show that ‘when football is everything, impossible is nothing’ in which the only real reference to Qatar is the desert setting. Non-sponsor and adidas competitor Nike has also launched a player-centric campaign with no real acknowledgment of the World Cup itself, but rather connecting iconic players from the past and present and teasing its target audience to look ahead to the future where it is pushing its metaverse efforts.

As ever, the World Cup is about the fans, nations and of course the players and while adidas and Nike have incredible rosters of talent to work with, for those brands not heavily invested in the world of football there has been a greater emphasis placed on light entertainment and meshing football references with the culture surrounding Christmas. For example, Müller Rice launched ‘Full On’, its first campaign in five years in partnership with LAD Bible (social content) and England and West Ham star Declan Rice, neatly playing on the hit 90s Vanilla Ice track with ‘Rice Rice Baby’, which has been leveraged by Rice himself across on his TikTok channel, after famously singing the track on Twitter Spaces back in 2021. Others, such as Aldi have cleverly reintroduced Kevin the Carrot and friends such as ‘Marrowdonna’ and ‘Macaroony’ to playfully recreate the classic Nike ‘Airport’ ad from 1998 in their football/Christmas-themed add – lovely stuff indeed, while Lucozade Sport has promoted its England team-inspired ‘unofficial’ Christmas jumper.

One thing is for certain, in what could and perhaps should have been a truly golden time for brands to activate with a winter World Cup and Christmas taking place in the same quarter, many have opted instead to avoid referencing the football all together, while others such as Hummel have sought to take a stand. Whatever the stance, ultimately there remain significant opportunities for brands to promote important messages such as unity, like adidas has, and to offer light entertainment at a time when it is much needed – this is why I admire the approach that the likes of Müller and Aldi have taken. Let’s hope for a great tournament – the world is watching. 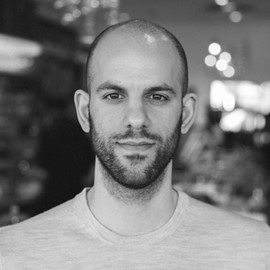