Bodyform/Libresse (Essity) is a Feminine Care brand with a global presence, but still a challenger, far behind the P&G giants (Always and Tampax), particularly in the UK.

We could never outspend them. But if we found a way of becoming outstandingly meaningful to our audience, we knew we could punch above our weight. And we did.

With Redfit and Bloodnormal, two campaigns with very limited investments, we delivered incredible earned media levels, stole the #1 share of voice, boosted brand affinity and purchase propensity. But more than this: We created a shift in society, encouraged culture creation, set a new paradigm for the category, changed a global company inside out, and even changed media rulings.

Here are a few lessons we’ve learned as we’ve started to catch up through sheer bravery and a true understanding of women when it comes to periods. And it all started by taking a hard look at ourselves.

To stand for something, we had to work out what we stood against 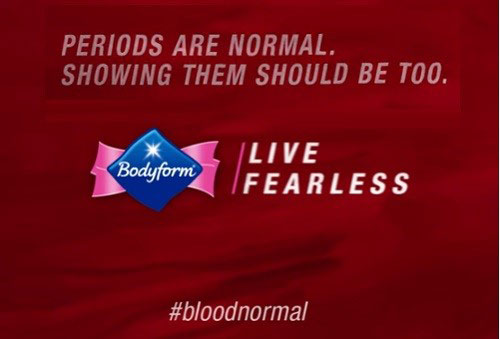 A few years ago, we created the “Live Fearless” brand platform to help women live the life they want without letting their periods hold them back. Our comms became bolder and started to move away from outdated stereotypes, but didn’t get overwhelming cut-through.

We made a step forward when we took a step back. We realised that “confidence” was becoming generic and commoditised. From Dove to Always, Pantene, L’Oréal, Nike, everyone was telling women to feel confident.

But more importantly, women’s “lack of confidence” around periods actually comes from society, not self-doubt. It’s perpetuated by attitudes, media representations, and the femcare category itself which, ironically, is afraid of periods.

Periods might be a woman phenomenon but period shame is a societal issue. Unless we actively helped break those toxic taboos, we didn’t feel we had the right to “encourage” women to be confident.

With “Live Fearless”, we had the right intention, but defining our enemy (societal and category taboos) and our refusal to perpetuate the invisibility of periods, have been much stronger galvanisers than a positive statement.

Digging to find what would be the most meaningful insight to make women feel confident about periods, we came across a reality from which we couldn't shy away.

There was a total absence of representations of periods in mainstream culture. They were systematically ignored, euphemised, used to mock, shame and demonise women.

Representations are what shape our perceptions of what’s normal and acceptable. So if no one was creating this normality and positivity around periods, then it was our responsibility to start making the change we wanted to see.

Normality can be revolutionary

In so many categories, aiming for 'normal' would be synonymous with unambitious, undifferentiating or just uninteresting.

Yet in a category linked to a deeply-rooted societal abjection for periods, getting a whole company to agree and create a new unashamed normality around periods and gaining the right to air in media what the world needed to see, is revolutionary.

Aggressive shock tactics or “safe” denunciation would have been counterproductive or ineffective. Instead, we actively created the positivity we wanted to see, to show the way.

Because shame lives in the dark, we’d put periods in the light and tackle all the dark corners of it, methodically killing shame with empathy.

Why do we treat pads and tampons like class-A drugs? We showed women asking for them normally in mixed company. Why can’t they get the pop culture treatment? We made giant inflatable sanitary pad shaped lilos.

Why should periods only be a women’s issue? We included men casually buying and passing pads. We acknowledged period pain, showed periods can be beautiful and destigmatised period intimacy. But more importantly, we showed periods in all their red glory. Because periods aren’t blue.

It was ambitious. But if this was coming from a mainstream brand, our message would be magnified, moving from the margins to the centre ground.

When we set out to break taboos, we knew the process wouldn’t be the smoothest. We had to fight resistance internally, with media owners, and with the inevitable haters when the campaign went out.

With nervous stakeholders, we armed ourselves with killer facts (from all our global research) that people couldn’t “unhear”. Disturbing things like 56% of teen girls would rather be bullied at school than talk to their parents about their periods. Half women have been period shamed. Nine out of ten women across all ages hide their periods.

With media owners, we had to fight relentlessly, scene by scene, to get the campaign out online, methodically highlighting the double standards in advertising, where other brands get away with sexualising women but somehow we weren’t allowed to show the unadulterated truth about periods. We questioned why all types of blood are somehow fine in media except menstrual blood – the only blood that exits the body naturally without violence or disease.

We used some creative judo, turning the resistance in our favour: Incorporating the TV ban into our campaign story to make it even more galvanising. Juxtaposing the hatred we received when we launched (there was a lot!) with our beautiful imagery to show the violence of period prejudice in today’s world.

It’s a snowball effect: the more advocates you make, the more advocates you’ll make. With all the success of Bloodnormal in society, we went back to the French broadcasting authorities and asked if they’d change their mind about our film. And they have overturned their ban. Creating a historical precedent in the category. And this is not the end. The battle continues to normalise periods.

With #bloodnormal, we saw confirmation that acting purposefully is not only right for our brand; it is also right for women and society.

What’s more, the company’s belief in our purpose is stronger than ever. 94% of employees across markets and functions (beyond marketing) said they were proud to work for their company. It has made Latin American brand managers vow to never use blue liquid again. 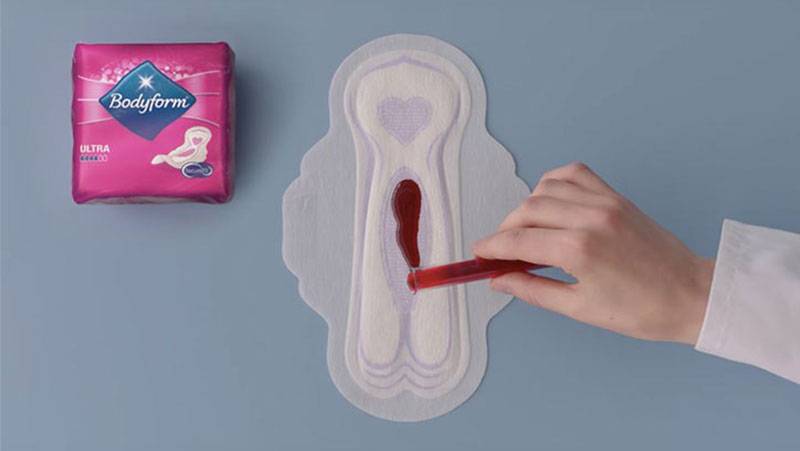 And more markets have committed to invest their first dollar behind taboo breaking work and are now launching #bloodnormal. Femcare is actually the smallest segment of Essity’s business but it’s inspiring the whole company to think more purposefully about all their brands.

Now, 'Live Fearless' is not just an encouragement, it's our stamp of bravery. Because we were the first to take risks and lead the way.

Marguax will be one of five speakers presenting at WARC’s Lessons from Cannes event on Friday 17 August in London. You can register here 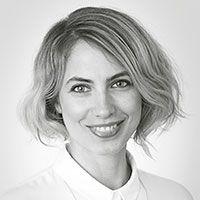