Our paper tells the story of how we reinvigorated the Cadbury brand by focusing on the brand’s intrinsic purpose of generosity, rooted in Cadbury’s founding values and the brand’s most iconic distinctive asset, the Glass & a Half of milk, symbolising the generosity inherent in the nation’s beloved Cadbury Dairy Milk.

This campaign set out to reverse several years of declining commercial and brand results, driven by a gradual drift away from what made Cadbury inherently Cadbury. A hostile takeover by Kraft, an American corporation, resulted in negative PR highlighting the fear that Cadbury, a fabric-of-the-nation brand, was being taken away from the British people. Cadbury also moved away from heroing Cadbury Dairy Milk and its Glass & a Half, its highest-selling core product, focusing instead on innovations, novelty products and “mash-ups” with brands like Daim and Oreo. And finally, Cadbury attempted to move away from the fabric-of-the nation communications that had defined its advertising for decades, into the creative territory of “joy” (launched with Gorilla, whose success proved difficult to follow). Though it had redefined confectionery category conventions, Cadbury’s advertising felt increasingly generic and disconnected.

The Glass & a Half, that is, was slowly fading from view

Our campaign, “There’s a Glass & a Half in Everyone”, brought the Glass & a Half front and centre for the Cadbury brand. This highly distinctive brand asset served as more than a useful branding device, it became the heart of the brand - and ultimately helped restore this natural treasure to its rightful place in the hearts, minds and shopping baskets of the nation.

The Glass & a Half of milk in Cadbury Dairy Milk – not just one glass, but one & a half generous glasses – had featured prominently in Cadbury advertising for decades. In its literal meaning, it suggested the good ingredients in generous portions in the brand’s core product: Cadbury Dairy Milk’s product truth, in other words.

Symbolically, the Glass & a Half suggested the care and effort that ran through the brand and the company – it was fundamental to the truth of Cadbury as a brand. The brand’s history was full of stories that demonstrated this purpose: for example, Cadbury refused to use cheap fillers so common in the 19th century, they founded Bournville, the factory in the garden away from the polluted air and water of Industrial Britain, and sent care packages to soldiers during the First World War.

That is, the Glass & a Half captured the intrinsic purpose at the heart of the Cadbury brand: Generosity.

Looking at the cultural context in which our audience found itself at the time our campaign launched (2017), we believed that the nation was in need of generosity, and so would respond warmly to our campaign as a result. This was the year of the Manchester Bombings and the Grenfell fire in the UK, the era of isolationism in politics around the world, and the height of the era of self-obsessed celebrities and social media personalities.

And yet, if we looked away from the selfishness and disunity that was reported in the news, we noticed everyday, small acts of generosity. Friends, family and neighbours united in supporting each other, strangers lending a helping hand to people they have never met before, simply out of empathy for a fellow human being. People had a selfish instinct, but they also had a generous instinct. The “glass & a half spirit” we saw in Cadbury’s brand and core product was the same spirit we saw demonstrated in the actions of ordinary people.

In short, the Glass & a Half formed the connective tissue that united our brand truth, our audience truth and, crucially, our product truth. It’s what we call intrinsic purpose. Unlike more bolted-on versions of brand purpose, intrinsic purpose focuses on timeless values that unite us, rather than more transient “wedge” issues that drive people apart in pursuit of conversation.

Our intrinsic purpose formed the backbone of our communications and our brand behaviour in the real world, bringing people closer together through the power of generosity.

We launched with a series of emotionally engaging films of small-but-meaningful moments, where everyday people used Cadbury Dairy Milk as an act of generosity. These stories all resolved with our campaign line, “There’s a glass & a half in everyone”, showing the iconic glass & a half of milk pouring into a chunk of Cadbury Dairy Milk, linking the generosity of our product and brand to the generosity in people.

But of course to be truly generous, our brand had to inspire more generosity in the real world as well. We created seasonal activations at Christmas and Easter that helped people be more generous to their loved ones – inspiring millions to participate. And finally we asked people to act on their generous instinct to make a real difference to an issue of national importance, by having a conversation with a lonely older person, supported by a “wordless” Dairy Milk bar and a donation to Age UK.

Our intrinsic purpose of generosity, symbolised by our distinctive asset of the Glass & a Half, was able to deliver strong and consistent improvements across all our key brand metrics. And because it was so inherently connected to our core product, it enabled us to deliver sales and commercial results.

As a brand that believed in the power of generosity to bring people closer together, our return to Cadbury’s intrinsic purpose of generosity – and a return to the product truth at the heart of our core product – was able to restore the connection between Cadbury and the people of Britain. 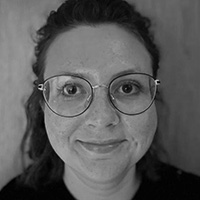 Alana King is planning director at VCCP.
Get a demo
Topics
Send feedback