Budweiser’s Super Bowl ad may not be airing on game day, but it still represents a brand capitalising on the moment, and most likely getting even more buzz as a result.

There’s no doubt the Super Bowl is on most CMOs' bucket list. Not only for the fame, but for the transformational potential it offers any marketing organisation. It’s the hyper-competitive moment when the industry rolls out the big guns and fights for consumer attention and their moment of glory on the biggest advertising stage of the year.

But many of the usual Super Bowl advertising legends – including the likes of Kia, Pepsi and Avocados from Mexico – will be watching the Big Game from the sidelines this year. For some, it’s an economic decision to put advertising spend towards rebuilding efforts amidst the pandemic. Others are concerned about striking the right balance between acknowledging what’s happening in the world, but still managing to tug at viewers’ heartstrings or make them smile.

Enter Budweiser on stage right. For the first time in 37 years, Budweiser won’t be running an ad during the Super Bowl. But why is the industry still buzzing about the brand in the context of the big game? Because, in my opinion, Budweiser pulled the best Super Bowl hack of 2021 – pulling out.

But this hack only works when you have a back-up plan to still capitalize on heightened consumer attention during this hyper-competitive moment.

Although Budweiser won’t air a TVC spot during the big game, it decided to donate ad dollars towards COVID-19 awareness efforts and air a spot digitally. Called ‘The bigger picture’, the spot tells the story of resilient Americans during the pandemic.

With 10 million views (and counting) and numerous media hits so far, its step-back from the Super Bowl isn’t really a step-back at all – the brand is still capitalising on this moment, and most likely getting even more buzz as a result.

Purpose matters more than ever

Let’s pause for a beat to reflect on the “brand act” Budweiser is leading with. As predicted in our Five considerations for advertisers embarking on a Super Bowl journey article, taking a purpose-driven strategy largely depends on previous approach to activism and the cause that brands decide to support.

Purpose was already rising in importance this year, but now it matters more than ever. Long-standing gameday advertiser Kia is following similar footsteps to Budweiser and donating its ad dollars to charitable initiatives for US youth. The pandemic is testing our humanity and values more than ever, and it’s fantastic to see some brands using this Super Bowl moment to answer the call of duty.

The real beauty of Super Bowl is not only the display of amazing creative output or purpose-driven causes that pull consumers into their brand experience, but the level of expectations from the world around them that drives an unprecedented commitment not to let anyone down. Which means most of the barriers that often dilute the creative output of other brand campaigns have miraculously disappeared, which is what actually fascinates me the most.

Super Bowl reminds us that there is a way for brands to organise themselves around a time and place and create truly remarkable experiences which build to an even bigger level of expectation. The build-up in expectations plays a big part in the Super Bowl brand exodus this year, as brands still cash in on the Super Bowl halo even from the sidelines.

We bow down to you Budweiser. As a sign of solidarity, we’ll be cracking open a can of cold Budweiser on gameday. 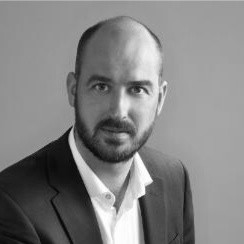