This year's North American Effie Awards bestowed its top prize to Moms Demand Action, the US pressure group for gun control, for its 'Groceries not guns' campaign.

Read the Grand Effie and a selection of 25 other winning case studies.

But if you only have time to read a few of them, then here are my recommended highlights. 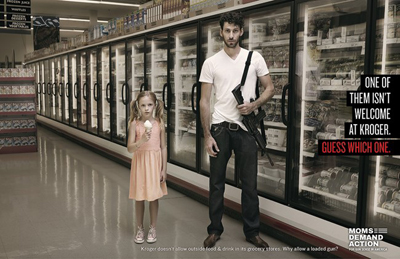 This winning case study from Moms Demand Action demonstrates how this US pressure group gained massive awareness around the 'Open Carry,' laws in America through an activism campaign that generated real policy change and led to Kroger banning guns from its stores. The low budget campaign used innovative digital channels to pinpoint the absurdity of what wasn't allowed in grocery stores. As a result, Kroger, Safeway/Albertsons and Target turned their stores into no gun zones. In addition, 15,763 no carry zones were created where over 7 million Americans shop each day. 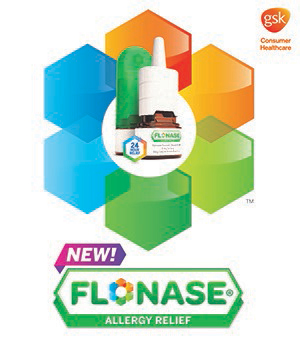 Flonase, a GSK allergy relief brand's main objectives for its relaunch campaign was to firstly educate hay fever sufferers in America about the specific benefits of their product. Then build awareness about its change from a DTC consumer medicine to OTC making it more widely available. 54% of the US population are affected by one or more allergy producing substances but feel they have exhausted all their options when it comes to allergy relief. Through an extensive omni-channel partnership with 8 major retailers in America and an integrated promotional campaign, the brand used key shopper insights to help disrupt this complacency and demonstrate that Flonase offered a more complete allergy relief in comparison to its competitors.

As a result, Flonase exceeded its primary goal of gaining brand share, increasing the size of the overall category and driving in-store sales. This paper was awarded a Gold Effie.

5 Gum the American chewing gum brand wanted to re-engage with teenagers, and reverse category decline by increasing overall sales. The brand used innovative packaging design to transform its packs into a game of Truth or Dare, incredibly popular with its target audience. In addition, the brand gave teenagers the opportunity to earn social currency, inviting them to share their Truth or Dare experiences with their friends and popular celebrities online and across social platforms including Vine, Snapchat, Instagram and Twitter.

The campaign achieved a +17% spike in sales and generated significant brand engagement with the target audience with social engagement for 5 Gum quadrupling as a result of the campaign.

Men's ROGAINE: Guys with hair get it 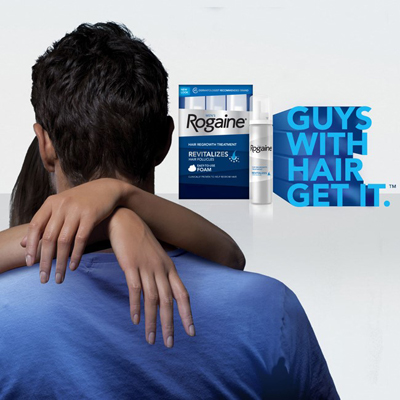 Rogaine, the US hair regrowth treatment, wanted to challenge the stigma associated with male hair loss and reframe cultural discussion making it acceptable for men to care about regrowth. Using influencer marketing the brand developed branded content featuring humorous online videos designed to develop conversation and raise awareness of the cultural stigma which surrounds hair loss amongst male audiences. The campaign videos generated over 5MM views and generated a 1.9% increase in purchase intent.

Ad Council: Love has no labels 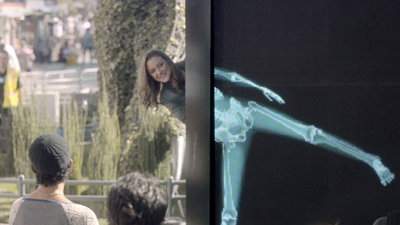 Discrimination is seen as one of the most significant problems in the US today but research shows that most Americans consider themselves to be unprejudiced and completely unaware of their implicit biases that can influence opinion.

Ad Council, the public service non-profit organisation had a challenge of their hands. It wanted to create awareness of this issue and generate behavioural change on a significant scale with the ambitious goal of influencing 4% of the US population. It developed 'approachable creative', a video which featured an x-ray screen that hid the identities of participants from all walks of life. This was designed to expose the implicit biases of the viewers once the real people were revealed. With no paid media budget the public body relied on a partnership with Upworthy and their community of 8 million social activists to promote the campaign message.

The video became Upworthy's best performing video of all time and generated 1.1 million visits to the Ad Council website. 'Love has no labels,' was integrated into classroom curriculum in American schools, educating young people and influencing future generations.

United States Postal Service: This is our season

The US Postal Service wanted to increase its reliability perception to encourage people to use its services over the busy holiday season. Using a motivational employee engagement campaign, it created a campaign in the form of a 'rally cry' to encourage peak performance from staff to be shared across social media. USPS then shared this campaign on TV with the entire country to create transparency with its customers and also placed a digital scoreboard in Times Square displaying its delivery performance in real time, holding the USPS team fully accountable.

The motivational message worked and its employees delivered. USPS reliability perception rose by 6% and their package growth volume for the 2014 holiday season rose by 13.4%. During the critical month of the campaign, December 2014, the company broke its previous record for the most packages sent in a single day – twice. 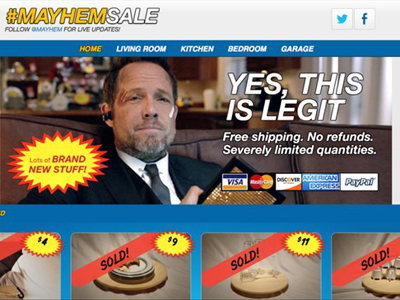 Allstate the US insurance brand created a single impact event to help drive sales of its home insurance and make the company more relevant to a millennial audience. 78% of burglars use social media to find their next target (Time Magazine). Highlighting this very modern problem of oversharing, Allstate staged a fake burglary and sale of the stolen goods in replica form to highlight the dangers of giving away too much information on social media. The event was screened live in front of 30 million viewers at the Allstate sponsored Sugar Bowl college football game and across TV and social media.

Mass sharing generated 78 million social impressions, raising awareness of a relatively unknown issue. Most significantly the Mayhem Sale contributed to an instant sales lift of 15% for home insurance for Allstate, rising to 18% rise for sales for that month in comparison to the previous year. 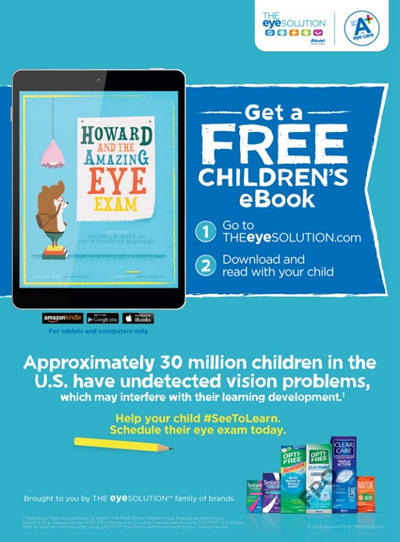 Alcon the US eye care brand reversed decline and built awareness of their products using an extensive in-store promotional campaign aimed at parents during the busy Back to School season. The campaign centred round a children's e-book, 'Howard and the amazing eye exam', designed to encourage parents to look after their children's eye health and prepare kids for eye examinations.

In collaboration with Walmart it used point-of-purchase and in-store events to encourage parents to get an eye exam for their kids. This activity was seeded through digital display, social media, print and PR activity. In addition, Alcon used the extensive network of Walmart Vision Center employees to educate parents and offer personalised advice about eyecare.

The programme generated +$2 million in incremental sales and a 3.5 increase in category share. Traffic to Walmart Vision Centers tripled during the program and over 14,000 brand ambassadors were created in 2,700 Walmart locations.