Negative online experiences can have just as great an impact as the abuse and discrimination people experience offline, says Hilary Watson, the Policy and Campaigns Manager at Glitch, an award-winning UK charity that is working to end online abuse – particularly against women and marginalised people.

We can no longer talk about online hate speech and its impact in the ‘real world’ without first acknowledging both its growing prevalence and the increasing blurring of the boundaries between online and offline experiences. Online abuse is not experienced equally by all:

When BT, the UK telco company found that almost 6 million people were abused online in the UK it launched the ‘Draw The Line’ campaign in 2021 to combat online hate. Developed in partnership with Glitch, we helped to upskill the BT Sport TV channel team (including presenters) to become champions of active bystander interventions online and to no longer let online hate sit on their social media accounts. 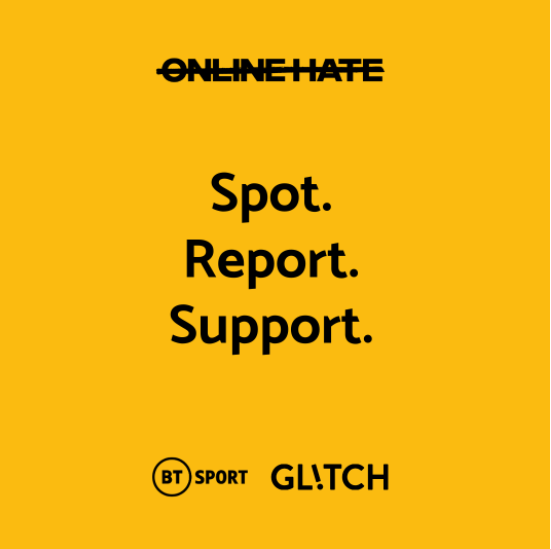 The men’s UEFA European Football Championship final in July 2021 has shown the prevalence of online abuse that BT Sport knows all too well, with widely reported racial abuse sent to four of England’s Black players.

All too predictably, women’s sport is consistently criticised with sexist abuse online on BT Sport’s social media channels. And online abuse has been getting worse since the pandemic struck. Glitch and End Violence Against Women (EVAW) Coalition’s UK-based report The Ripple Effect shows that online abuse was rife during COVID-19. Our study of 484 UK-based women and gender non-binary people, surveyed in June 2020, found that:

Most of the abuse took place on mainstream social media platforms despite tech companies’ commitments to making their platforms safe and addressing gender-based and intersectional abuse. 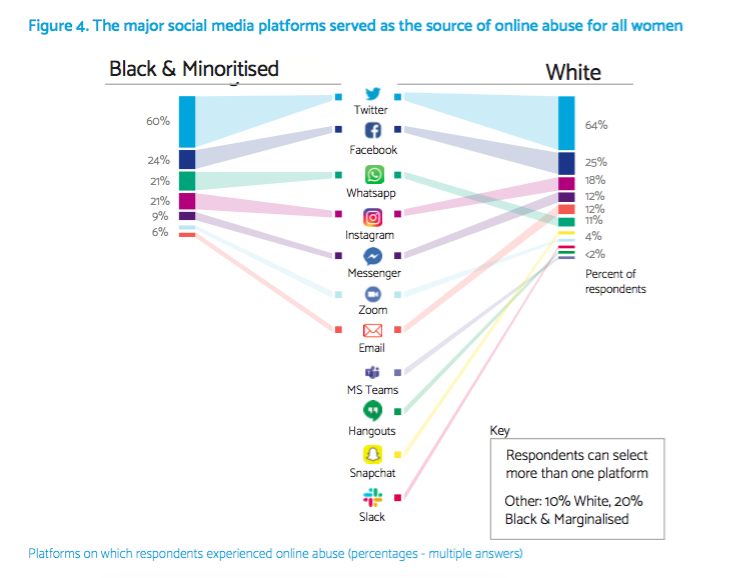 Graphs from Glitch & EVAW’s The Ripple Effect report (TikTok was not included in the survey).

In July 2021, technology giants Google, Twitter, TikTok and Facebook announced measures they will take to ensure that their platforms are safer places for women, acknowledging online abuse as a form of violence against women. This marks a huge step in naming the problem, but much more needs to be done before platforms are free from online hate and harm; before advertisements on these platforms do not sit alongside hate speech and abuse. 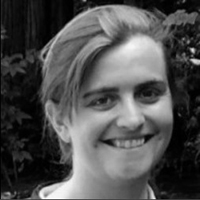 Hilary is the Policy and Campaigns Manager at Glitch.
Get a demo
Topics
Send feedback