The smartphone is, to most of us, indispensable, and more frequently used than any other device. Though Apple began the smartphone era as we know it today with the original iPhone in 2007, the latest iteration, iPhone X, will test the loyalty of consumers to the device that placed the phone into the mainstream of our lives.

It’s not new to say that Apple’s new features are usually not world firsts. Often, more agile competitors will employ the features first, with some success. Samsung, for instance, put facial recognition into its S8 device while keeping the fingerprint sensor. Compared to Apple, however, this received a fraction of the fanfare.

What Apple does is give nascent technologies its approval. With that approval, Apple takes these technologies mainstream by making them easier to use, slicker. With a relatively small roster of phones to choose from compared to other Android-based competitors, each iteration of the iPhone enjoys its own zeitgeist, becoming a part of mainstream culture without internal competitor products cannibalising the phone’s visibility. 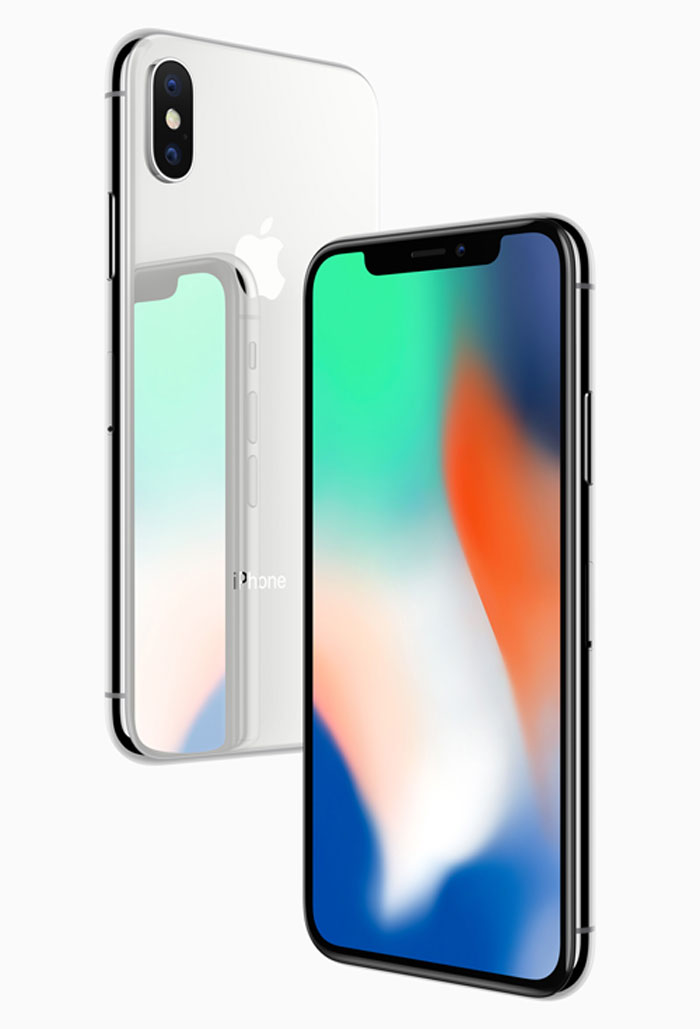 Yet the brand is not universally loved. Strong alternatives are getting stronger (not to mention cheaper) and are stepping on Apple’s toes in the markets that matter most. A price point equivalent to a high-end laptop is a risky way to alleviate this particular headache. While Neil Bruce, Mindshare’s Head of Mobile, noted in comments to WARC the “staggeringly high” price of the phone, he also pointed to Samsung’s Galaxy Note 8, which isn’t far off at £869. “That has already seen all-time highs for pre-orders,” Bruce continued.

“Your smartphone is likely now the most indispensable piece of technology you will own, and one which you will use more than any other. A MacBook would set you back a similar amount and people don't question that cost when standing in line at the Apple Store,” he added.

Bruce diagnoses Apple’s particular concoction – that of a hyper-desirable object with high-end, easy-to-use features – as a powerful catalyst for consumer demand. If both pillars of the Apple offer remain intact, they will continue to “outstrip any gripes that consumers will have with the price”.

This is born out in some of the initial surveys. Specialist magazine 9to5Mac surveyed over 33,000 people via online poll, on what product from Apple’s latest announcements they were planning to buy. The iPhone X was the undisputed winner with 34% of interest.

Yet, research conducted in the UK this August suggested a different picture, as 1 in 5 respondents to a Future Thinking survey said they did not want a smartphone – wanting, instead, a phone that just makes calls. While the hype over the tech may excite journalists and Wired-readers, the effect of a new device may have diminished elsewhere.

Though the changes to the overall design in the iPhone X are radical, will they be enough of a shock to ensure 10 more years of growth of the kind set in motion by the original iPhone?

“Removing the home button, introducing facial recognition, utilising a glass back for wireless charging, and adding ‘animojis’ don’t feel like changes that fast-track consumers to the future,” Scott Curtis, director of the Futures team at Publicis Media, told WARC.

Yet the fascinating effect of Apple’s business is its ability to have amassed a cult of followers largely insensitive to high-end, price-inelastic products.

“’Everything is worth what a purchaser will pay for it’,” Curtis added. “We’re sure to see this on release when Apple fans all over the world will be sleeping, working, selfie-ing, and queueing in front of stores to get their hands on the new iPhone.”

The centre is expected to hold for Apple, but the path to growth will mean that it will have to attract plenty of lighter, non-fanatic users to its product. Of course, the shrewdness of diversifying across price points with the iPhones 8 and 8 Plus, will help here. But the undoing of the single product could conceivably dampen the effect that the iPhone has had on culture, as well as technology.

The technological context is crucial to the company’s decisions, with one significant development looming large in Silicon Valley’s media landscape. In a report published last week, Morgan Stanley likened “the impact of AR to the launch of the Apple App store in 2008”. If the technology is as revolutionary as the firm claims, this could drive iPhone sales in the right direction if the broader trend pushes people towards AR.

Indeed, Apple CEO, Tim Cook told the Independent that he regards AR as “a big idea like the smartphone.” A fundamental element of where tech will travel, “I view AR like I view the silicon here in my iPhone – it’s not a product per se, it’s a core technology,” he said.

It’s the chicken and egg conundrum. Are consumers demanding the technology they want? Or do companies give people the technology they didn’t know they needed? Apple changed the modern world because it did the latter, and did it back in 2007 with an expensive phone that sat way beyond the accepted smartphone price point.

Yet if AR is the next big technology, about to “completely change the game” in the coming years, as IKEA’s head of digital transformation told the FT, there is stiff competition. Google will announce its Pixel 2 phone next month, surely picking up the trend it acknowledged with the launch of its own AR development platform ARCore shortly after Apple’s announcement of its equivalent ARKit.

Ten years on, and the world is a different place, Apple is a different company. The iPhone is still desirable, but this time Apple might not be in the driving seat.