Sonja Wessel, Senior Manager, International Marketing Communications at Deutsche Telekom, reveals how the telco’s brand positioning evolved into a force for good in developing a deeper understanding of dementia and its causes through its Sea Hero Quest game.

Deutsche Telekom’s fundamental belief is that ‘Life is for sharing’. Great things can happen when people start sharing. Memories and the people we share them with are what really matters in life.

However, dementia is destroying that belief. It is the next global health crisis, currently affecting 47.5 million people worldwide. Dementia has now overtaken heart disease in the UK as the biggest cause of death; in France and Australia it comes a close second. It’s becoming a much bigger killer due to life expectancy increasing.

Deutsche Telekom wanted to play a part in helping people understand dementia. Using its technological power, innovation and scale, it would enable consumers to help scientists discover more about how the brain works.

The link between gaming and dementia

Currently, scientists have no understanding of where dementia comes from, how to stop it, or even how to detect its earliest signs. They needed data from healthy people at scale because this would help them understand more about the condition and develop benchmarks to detect it much earlier.

Gamers produce more data than anybody else. Between them, they spend three billion hours gaming each week. Alongside this insight, we recognised another benefit: there’s a synergy between dementia and gaming because challenges with navigation are one of the first symptoms of dementia and also a popular gaming mechanic. This inspired our solution: a mobile game based on navigation skills.

If it could show how people navigate, scientists would have an effective proxy for non-dementia brain function. The result was Sea Hero Quest: the world’s first mobile game where anyone can help scientists fight dementia. We identified two potential audiences:

Central to the success of Sea Hero Quest has been the need to drive downloads, one of the toughest tasks in a media world awash with branded apps. We launched the campaign promoting the game via a perfect blend of international and local media partners.

We had two key principles: a heavy skew to mobile to ensure consumers were always one click away from download and an emphasis on social, allowing us to tell the engaging story behind the game. While the international approach was focused on digital and social, ensuring a wide coverage among Deutsche Telekom’s footprint markets, the local approach combined classic media (print, OOH, TV), PR and digital into a powerful strategy, allowing for maximum success.

Internationally, we worked closely with PewDiePie, an iconic gamer with more than 60 million followers on YouTube and 7 million on Facebook, to create content, a strategy replicated in many markets using local influencers.

We created a mini-game of Sea Hero Quest, giving consumers the chance to road-test it. This version linked directly to app stores.

We appealed to our Emotional Philanthropists via an animated film telling the story of an ageing explorer who slowly loses his memories of past sea voyages to dementia. The animation was seeded across the mobile landscape, reaching our targets via in-app and gaming platforms.

In multiple markets, we accessed forgotten password pages and delivered ‘page not found’ messages, highlighting the impact of a lost memory.

Sea Hero Quest was the most popular free game in several markets. It was featured as ‘Top New Game’ globally on Google Play and on launch day it was the top trending search on the App Store. To date, the app has been downloaded more than 3.7 million times, and scientists are now analysing the data from more than 100 years of gameplay generated. Initial results have already revealed much more about how dementia affects the brain than was previously known, and the benchmark research from the data could potentially result in dementia being detected earlier.

Our overall learnings were that traditional media channels – TV and digital – are effective drivers of downloads for a longer period of time (after launch), whereas influencer and PR activities see a drop-off almost immediately after activity. More specifically:

Brands doing good isn’t new, but brands doing good on this scale and with this level of commitment is. We’ve turned Deutsche Telekom’s belief that ‘Life is for sharing’ into a force for good. 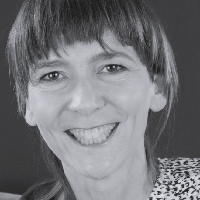