Nick Speakman, Founder and Head of SPORF, discusses the ever-changing social media landscape and how success is measured in the industry.

Six years ago, Nick Speakman set up BBC Sporf from his Loughborough University bedroom. Its purpose was simple – to parody the way in which traditional sports channels were making use of social media platforms.

Within a fortnight, Speakman had 10,000 followers. Within a month, he had 50,000; it was – if nothing else – a sign that others shared his frustration at the digital strategy of the top sporting hubs.

Now, in 2018, SPORF – as it was rebranded in October 2016 – is one of the social industry’s sporting leaders, with more than 15 million followers across its various platforms, having grown exponentially from its early days as a satirical cult account.

As the new Premier League season gets underway, Speakman and SPORF are expanding, placing a new focus on long-form video content.

Ahead of his appearance at SportsPro The Brand Conference at Lord's Cricket Ground in September, SportsPro spoke to Speakman to learn more from the company’s founder about the future of the social landscape, the effects of the relaunch and how success is measured in the world of digital media.

How has SPORF changed over the last six years?

BBC Sporf was recognised as an amplifier – a channel that brands could use in order to reach the millennial sports fan. At the very beginning, I had no marketing experience and no business knowledge, but brands were trusting me with social media campaign activations – it was a nice little earner to pay off my university fees! Now, six years down the line, we have completely transformed our content approach and business model.

We are seen as being more complete – helping to produce, create, collaborate, edit, distribute, report back. We have gone from being the final part of the conveyer belt where a brand has created content, shot it, edited it and we were then the final part.

Now, we are at the front of the conveyer belt – we can ask people what they want to create and then we can actually help them do that. I think the fact that we can do all of this six years on shows the speed with which the social media industry has grown in itself.

Where does the social industry go next?

We see a lot of predictions and forecasts – that’s the beauty of the social landscape because it’s so ever-changing and adaptive. We know the sector is still in its infancy compared to a lot of industry sectors, which is super-exciting because who knows what it’s going to look like in the future?

We’ve seen both Facebook and Twitter – two platforms that have enjoyed enormous success – face recent criticism, with both platforms having to overcome unforeseen challenges.

Because of this, it will be interesting to see which platforms ‘survive’ amid the rise of any new social media platforms that surface in the coming years. As mentioned before, the beauty of social media is that it’s so adaptive and ever-changing. So who knows whether the likes of Facebook and Instagram will be overtaken by a new emerging platform? I always strongly recommend that all social media brands are responsive and adaptive because there is so much potential for unpredictability.

Having this mindset is one of the main reasons why SPORF has grown year-on-year since launch. From creating a Twitter page [Speakman set up the @BBCSPORF Twitter account during Euro 2012, while revising for exams at Loughborough University], to rebranding the channel, to then launching cross-platform and then constantly evolving our content strategy, it has allowed us to build our audience to over 15 million followers. At the same time, we have ensured that our channels have one of the most-engaged audiences within the social sports landscape.

Have you been surprised by the atmosphere created by Twitter?

The nature of social media has changed in recent years. Social media platforms have now become an extension of people’s voice due to the ease and accessibility of communicating to their audience.

For example, footballers no longer have to rely on traditional media such as newspapers, radio and television to communicate with their fans. They can simply pick up their mobile phone, compose a tweet, hit send and their message has been communicated to their audience.

As we all understand, the sports world is a highly vocal community, which can, at times, highlight the negative sentiment broadcast amongst the football Twitter community. This has been well policed by Twitter as a platform and significant improvements have been made to the community as a whole.

When used in the right way. There is no better platform for football conversation than Twitter.

How did the relaunch transition from BBC Sporf to SPORF affect the business?

The relaunch from BBC Sporf to SPORF was my first real challenge along the journey.

I had built a highly engaged audience that was loyal to the parody persona which I had created. To change this could have been seen an extremely risky move, but it was one that I was willing to take. I realised, with the BBC Sporf audience at its most engaged, this was a perfect opportunity to transition into our very own brand.

SPORF would keep the same values on which BBC Sporf had been built – being reactive, creative and disruptive – but taking the opportunity to further develop our very own millennial-inspired tone of voice.

I remember the morning that we transitioned from BBC Sporf to SPORF. I had a combination of nerves, excitement, anxiousness and enthusiasm about what was about to unfold. How many people were going to unfollow us? Did people only follow us because we were a parody? What happens if our followers don’t like the new channel?

The day of our rebrand from BBC Sporf to SPORF saw the channel lose just 1,000 followers, which was considered a massive success. Several other football channels had rebranded in the past and lost in the region of 50,000 to 100,000 Twitter followers. This minimal loss of followers was a great reflection on how thought-out and effective our rebrand plan and execution was.

It was of paramount importance that we kept a similar brand name, colour scheme and included a familiar tone of voice from BBC Sporf within SPORF. This approach allowed us to minimise the probability of any misunderstanding from our followers, who may have wanted to unfollow this new-look channel.

On reflection, this was the moment that saw SPORF go from being a highly engaged social sports page to a sports brand that could make a significant impact within the social sports landscape.

How has the way success  is measured in the social industry changed?

The measurement of success within the social industry is ever-changing.

During the early stages of the SPORF journey, success was measured by a channel’s audience size. In its simplest terms, whoever had the largest audience was deemed the greater channel. Having a larger audience would also increase the probability of your content being shared.

This measurement of success was soon replaced by the level of ‘engagement’ a channel could achieve, which considered a combination of the number of views, retweets, likes and shares for a piece of content. Naturally, ‘engagement’ was easily achievable for the most-followed channels since these were able to take advantage of distributing content to their larger audience size.

However, social media has matured. Long gone are the days where the level of success is based upon your audience size. In 2018, brands can get significant cut-through by creating original content that generates meaningful engagement with their audience. This new measurement of success – ‘meaningful engagement’ – has been championed by the likes of Facebook, YouTube and Instagram.

In essence, ‘meaningful engagement’ is the evolvement from simple ‘engagement’, with a new-found focus on ensuring that content impacts your audience in a specific way. That can take a variety of forms, such as the ability to create further discussion, encourage people to share the content with others, influence somebody’s decision or thoughts, increase the probability of purchasing a product or inspiring somebody to make a change.

Social media has matured. Long gone are the days where the level of success is based upon your audience size. In 2018, brands can get significant cut-through by creating original content that generates meaningful engagement with their audience.

Looking forward, we are now focusing our attentions on creating original, long-form, cross-platform episodic series and features. We aim to produce content that creates ‘meaningful engagement’ with our audience, through championing our social-first approach to video production. This is by far the most challenging and exciting chapter of the SPORF journey so far.

For more insights on sport and media, see SportsPro's The Brand Conference on the 26th and 27th of September 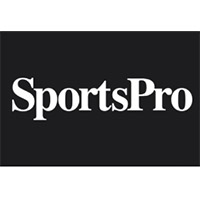