Yelena Gaufman, Strategy Partner at Fold7, looks at lessons from online upstart brands that have moved into the mainstream and retained their voice and original audience.

With a 268% rise in sales in its second year of trading, e-tail start-up Sosandar proves that online-only is alive and well. Targeting a more mature and wealthier female audience than brands such as ASOS and Boohoo, Sosandar has focused its marketing efforts firmly on social media, enabling it to build a loyal following, fast.

Sosandar is just one of a long line of brands to take advantage of this strategy, which combines the low overheads and economies of scale of ecommerce, with the reach and virality of social and digital marketing. Eschewing mainstream marketing channels and big budget campaigns not only keeps costs down, it also helps build a community-focused, ‘in the know’ feel, inspiring greater brand loyalty and word of mouth.

But focusing purely online is not without its risks, particularly when young, successful etailers want to broaden their reach into the mainstream. When you have become famous for values that challenge what is on offer at more established retailers, trying to join their club can quickly jeopardise that credibility. If not managed carefully, it can mean losing the loyalty and emotional connection that were so hard-won.

So how can online retailers get it right?

The excitement of tackling a new audience can lead many brands to go all guns blazing, with high-profile, broadcast-style campaigns. But as many have found to their cost, this can be counterproductive, with the risk of alienating existing fans, while failing to communicate what makes the brand so special.

This is exactly what happened with Modcloth, the American hipster clothing e-tailer, when it was acquired by Walmart in 2017. Seeing the deal as an opportunity to expand its reach and bolster its finances, the brand failed to anticipate the shock and anger it would elicit from fans, who had bought into its ethical values and unique take on fashion. Social media was awash with disappointed customers, leaving Modcloth facing an uphill struggle to win them back.

A wiser approach is therefore to take it slowly, with subtle campaigns that test the waters with new audiences, while respecting how the change might be perceived by early adopters.

Many brands also make the mistake of altering or adapting their image when targeting a wider audience, believing this is necessary to bring more mainstream appeal. But compromising your values is one sure fire way to anger existing customers, while simultaneously failing to convince new ones. Far better to be clear about who you are and what you stand for, rather than trying to be all things, to all people.

The Ordinary Skincare is a perfect example of a brand that stuck to its guns even as it moved from purely online to opening shops on the high street. It hasn’t budged from its slightly impenetrable packaging and product-naming, which lists all the chemical ingredients, rather than the purpose or the benefits of what’s inside. It may not be as intuitive as competitors at first glance, but it makes an impression, while highlighting its values of honesty and integrity, encouraging consumers to take a closer look.

Rather than ring-fencing existing and new customers, there is a huge opportunity in bringing them together. Your early adopters are the reason for your success, they’re passionate about what you do, and walking examples of how you’re different. Incentivising them to promote the brand has the triple effect of rewarding them, enhancing the personal connection, and bringing new customers into the fold.

This has been done successfully by fitness brand, Lululemon, which began life as a niche product for yoga instructors. Instead of partnering with celebrities, sponsoring sports teams or running high-profile ads, it took a different approach, recruiting a network of local ambassadors, such as yoga instructors and elite athletes, to work on social impact projects. By building close relationships with its ambassador community, Lululemon has ensured the campaign feels authentic and is a hugely powerful way of winning over new converts.

Ecommerce and social media have made it easier than ever for new brands to build a tight following, with ideas and concepts that break the mold. But challenging household names doesn’t mean doing as they do, but rather doing it your way. Remember what makes you special and stay close to your fans, and you have a good chance of making that leap. 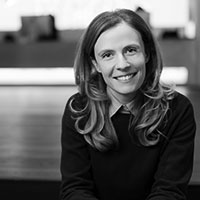