As more brands are engaging with LGBTQ messaging, a new report from Ebiquity reveals the state of play. Head of Insight at Ebiquity, and author of the report, Martin Broad asks whether marketing has progressed as much as it thinks.

2017 has been a tough year for Cannes. Both Publicis' declaration to pull out of next year's festival and Sir Martin Sorrell's claim that attendees feel 'ripped off' by the Cannes experience have made bigger headlines than the winners themselves – so much so that Cannes-owner Ascential's shares fell 3% during the awards.

What's more, there have also been questions about the industry's commitment to minority groups at this year's festival. Airbnb CMO Jonathan Mildenhall called Cannes out over a lack of ethnic diversity on the juries, and Sir Ian McKellen and The Brooklyn Brothers' Jackie Stevenson asked some serious questions about Adland's portrayal of LGBTQ consumers, with the latter suggesting "it is so important that we get new LGBTQ heroes in our great stories".

The question is, to what extent has the industry succeeded and failed in portraying LGBTQ people in comms? Are LGBTQ consumers truly integrated into the communications spectrum, or have we been guilty of paying 'lip service' to LGBTQ issues? Who are the outliers, and what can we learn from the industry's failings?

Our team of analysts have surveyed the communications landscape across multiple sectors to draw insights on the current state of LGBTQ portrayals, both in above- and below-the-line media. The results, detailed in this report, have been interesting to say the least.

We've seen brands show how they have actively played a part in the LGBTQ community, in some cases for years, and those which could perhaps be accused of giving a 'cursory nod' to LGBTQ issues.

Activism plays an important role in confronting prejudices, as does Voice and Image – we see a number of brands both lead the way in helping the community stand up for itself and use powerful voices from within to grant credence to their messages. What's also emerged is that taking up an authentic role in the LGBTQ community is not without an element of risk; brands must be bold enough to fully align with their consumers and risk alienating those who don't share their views, particularly in markets where LGBTQ people are less accepted.

Perhaps the fact that this risk still exists is one sign that Adland, and wider society, has not progressed as far down the road to LGBTQ acceptance as we think? One thing is certain though; as LGBTQ buying power in the U.S. alone reached over $900bn last year, brands who are brave enough to take on the challenge will reap their own rewards. 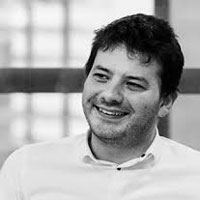