Mark Inskip, Global CEO, Kantar Futures, takes issue with those who reject the Chief Growth Officer title. He argues that placing growth above the discipline of marketing, in fact, shows how important the discipline really is.

The surprise expressed in some quarters at Coca-Cola's decision to do away with the title of Chief Marketing Officer and put marketing responsibilities under the remit of the newly-created Chief Growth Officer is, frankly, surprising.

Growth is, after all, what companies need – and the business challenges of the 21st century, including the fact that we are now in a long-term period of slow growth, demand a new, holistic approach to how they achieve it.

That's what Coca-Cola is doing: creating a new CGO role which will encompass 'customer and commercial leadership as well as strategy', the company said in its announcement.

The idea that marketing is somehow being downgraded by coming under a CGO's control, rather than that of a CMO, is ridiculous. If anything, the switch represents a recognition of just how important marketing is.

A business model focused on a 'whole company' answer to the search for growth is a logical solution. It recognises the core challenge of growth and removes the outdated concept of the separation of the sales and marketing functions – that's not how consumers behave any more.

There aren't that many people with the title CGO around the globe yet, and in fact it doesn't even have its own entry in Wikipedia – but it's an idea, and a title, that has been around for a while.

Fast Company included it in its 'Job Titles of the Future' column as far back as 1997, and its earliest appearances seem to date from around the start of the 1990s. It has gained traction as a title in the last few years, however, as companies begin to recognise that the traditional solutions for gaining growth are no longer as effective as they once were.

Hershey introduced a CGO role back in 2011, Mondelez in 2014, then Colgate-Palmolive and ConAgra followed suit in 2015 (although Colgate-Palmolive now use the title Chief Operating Officer, Global Innovation & Growth).

Companies have realised that existing business models for driving growth are flawed:

Some companies have responded with an obsessive focus on cost control; but so far, the evidence suggests that while this may boost profits, it does not deliver business growth.

The real challenge is consumers; their attitudes to brands, services and products has changed and the way they consume has changed.

As categories mature, they become 'good enough', as far as most consumers are concerned. For brands, functional differentiation has narrowed, and digital media means price differentials in different markets are difficult to justify. FMCG companies are increasingly forced to negotiate with retailers for the right to be stocked, rather than being stocked because shoppers demand them.

The recession has starkly illuminated and even accelerated this trend, particularly in CPG grocery sectors. Brand loyalty has crashed. Shoppers have been conditioned to expect 'everyday low prices' and to look out for the deal on everything.

Plus, consumers are losing interest in having a huge range of choice – recent research from Kantar TNS found that if a yogurt buyer bought a new yogurt SKU every time they bought yogurt, it would take them 65 years to get through the entire category.

At the same time, retailers ruthlessly under-cut each other, stealing footfall from their rivals and expecting brands to pay for it. In the process, consumers have been taught to be promiscuous and shop around – so retailers are now trapped in a cycle of couponing and deals.

Brand value, as a share of total company value, is falling while advertising is becoming more automated and algorithm-driven. The traditional CMO role is getting squeezed by a powerful combination of economics, technology and changes in social values.

So we need a completely new approach to how companies are structured, how they operate and how they relate to the people they are trying to sell through – their channels – and to – their consumers. The company, from top directors down to the people on the factory floor, needs to be working together -- not pulling in opposite directions – in order to maximise growth.

That's not going to be easy; what needs to be changed is embedded in corporate structure, history and culture.

The objective is a corporate structure and company culture that drives the 'whole brain' thinking needed to win in tomorrow's world. 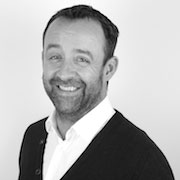