Keeping up with the culture has become an apparent imperative, but the currents that inform the conversation - though it may move at the speed of Instagram - are deeper lying and require our focus, writes Mindshare's Alexis Fragale.

The speed of culture is accelerating. A good idea spreads quickly online, shared and multiplied through the news and social media. Copycats inevitably come along, hoping to capture some of its success and glory.

Today, anyone can become an influencer, with the industry shifting ever smaller to micro-and nano-influencers. Soon, we might be reaching a point of oversaturation. And with the emergence of newer social and video-sharing platforms like TikTok, aspiring influencers are quick to adopt them in the hope of making it big.

But we’re in an age where emerging platforms and viral sensations die as quickly as they arrive. In the past, memes and challenges enjoyed “long” lifespans. With less competition and the novelty of the new, these quirky images and videos could capture our attention and slowly work their way from some niche online community and spread across the internet.

Older memes have become a part of our culture and some have even endured (we are still being Rick Rolled). Now, it’s more difficult to keep track of all the new ones being created every day. Brands looking to connect with culture often try to jump on these trends, but to many, it’s a death blow once it becomes mainstream. And oftentimes, brands don’t hit the right tone.

The quickening of culture doesn’t only affect our digital lives and internet phenomena – books, music, and fashion have been impacted as well. Fewer titles are staying atop the bestsellers lists, as churn for the next ‘it’ book rolls on. The music industry is transforming in the streaming age as artists like Ariana Grande accelerate the time in which music is released to be culturally relevant in the moment. Fashion used to be defined by seasonal collections, but fast fashion has shifted everyone to more rapid releases, and streetwear has moved one step further into unannounced drops.

So what are the key implications for marketers in a landscape that won’t slow down? It’s crucial to understand that connecting culturally isn’t just about being down with the kids and the latest viral sensation. It’s about identifying the bigger trends that impact your consumers and can shape your communications. In the era of everybody being an influencer, think about who your brand both could and should (that’s the key word here) tap into to be culturally relevant. And while the culture fatigue is real, your brand still needs to lean into agility in your media strategies – because if you don’t keep up with changing culture, you’ll find yourself stuck in the past.

Note: this piece is a preview of Mindshare’s larger Culture Vulture Trends report, wherein the Insights team identifies the macro trends pervading U.S. culture and its impact on brands and marketers. 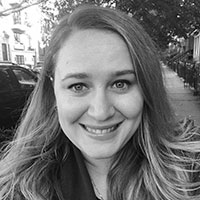