Advertising agencies have been around for decades but advertisers still can't agree on the best way to pay for theirs services. Stuart Pocock, co-founder of The Observatory International, outlines the best way to make it work.

One of the greatest sources of frustration between advertisers and agencies is fee negotiation. It’s tedious but more critically for all involved, it can be demotivating.

An agency and advertiser team that’s constantly wrangling about money will invariably be less likely to deliver business-changing solutions.

The impact of money issues is so significant that a survey we recently conducted with the World Federation of Advertisers found that more than seven in 10 of the world’s biggest multinationals think that they’d have a better relationship with their agencies if they paid them differently.

This research study – based on responses from senior procurement experts with global or regional responsibility at brands spending more than $84bn annually on marketing – reveals that while the advertising landscape has changed dramatically in recent years, the core issues surrounding remuneration and getting it right still fall into five traditional areas.

The biggest issues tend to include:

But there is a way to avoid all five issues and at the heart of it is a process that’s driven by common sense. We have plenty of evidence to show that a well-constructed PBR scheme can re-double agency efforts and quality of work.

Great PBR, which actually motivates agencies, is built around well-developed foundations that provide the basis for truly fair payment for agencies and are not geared purely towards the benefit of the client’s budget bottom line.

Such schemes also work better when procurement is regularly involved. That means monitoring it and discussing it with the stakeholders on a regular basis rather than simply agreeing a budget and disappearing for the next year until it’s time to re-negotiate.

These simple changes, combined with a clear knowledge of how agencies can be paid and what models work best for which discipline, are at the root of the way forward.

Buying professional services is a very different art to buying commodities and experienced marketing procurement people know that but clearly the lesson has not got through to all companies.

The reality is that buying agency services is not rocket science. Doing it well requires an understanding of the needs and desires of all stakeholders and building a remuneration structure that delivers for all. 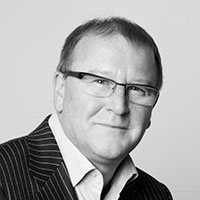