While the rise of e-commerce festivals throughout the year has been diluting the importance of the Chinese New Year (CNY) as a key sales season, its significance as a stage for brands to make a strong impression on China culturally and socially has actually risen.  Yet when the spot light turns on, can brands perform?  In 2019, a few brands – notably Burberry and Bulgari, and to some extent Prada have stumbled in their CNY campaigns, highlighting the disconnect between brands and people, especially with China’s increasingly sophisticated young consumers.

What are some of the friendly reminders we’d share with marketers?

1. Treat CNY as a cultural evolution, not a UNESCO heritage site

CNY is an ancient tradition, but also an evolution in real time.  Many of what we now call “CNY rituals” only developed recently, and some really established ones have been gradually replaced by new ones that are better suited for the modern lifestyles.

It’s the spirit, rather than the tokens, that truly matters, and that spirit is changing fast.  We used to describe it as the Christmas of China for its celebratory, joyful tone.  Today, as urbanization, demographics, and economic development redraws the cultural landscape, the CNY is picking up more of the Thanksgiving vibes.

It has become a moment of reflection and reconciliation, where the ambitious, prodigal or estranged make peace with parents, relatives, and friends who have stayed behind in smaller cities; the English name-bearing hipster, with their traditional, filial side, etc. The faster China develops, the more complex and dramatic these reconciliations will be.

And these are exactly the moments that smart marketers can leverage to connect.

2. Being commented on is nice, but being in conversations is better

“CNY special editions” - bags, powder cases, scarves, and watches – have become a popular way for brands, especially for luxury, fashion and lifestyle brands to engage and create noise for themselves.

They are nice and give people an excuse to buy, just don’t count on them to tell the story of your brand.  “Guess who has the ugliest CNY design” has become a winter sport for youngsters in China, accompanied by a wave of “The foreigners just don’t get China” comments on social media. Even for brand like Nike, Adidas and Converse, whose CNY designs are often appreciated, aesthetics fatigue has started to set in this year, and the attention is returning to the design itself, not the CNY tag.

If this is the moment to connect, just being commented on isn’t enough.

We’ve also seen powerful moments, when the drive to express a brand’s values meet nuanced and loving observations into contemporary Chinese life.  iPhone’s 2018 CNY film “Three Minutes,” featuring a train conductor who could only be reunited with her young son for 1 minute when her train stopped, was lauded as the “most local efforts by Apple” and softened the perceived aloofness of the brand.

This year, the promotional film for the upcoming Peppa movie “What’s Peppa,” featuring the trials and tribulations of a grandpa in an isolated mountain village creating a Peppa figurine without even knowing what Peppa is, garnered billions of views in China.  Absurd yet warm, full of tension yet also charged with kindness, “What’s Peppa” delivered its brand values in the context of Chinese New Year, driving not only awareness but also forgiveness in advance – many are saying “there’s no way the film will be better than the ad, but I’m going to see it anyway.”

3. Pay close attention to the collective mood of the moment, or else

Burberry couldn’t have released their CNY ad at a worse time.  At the turn of 2019, with the economic growth adjusting to a slower pace, anxiety has become a modern lifestyle statement, and humor its cure: comedy shows like “Roast” have gone mainstream, and sentimentalism which used to be a hallmark of Chinese pop culture has become niche.

Burberry’s melodramatic ad, while glossy on the outside, is completely out of date in its emotional undertone: a picture filled with beautiful yet self-absorbed people from a big family conniving against each other brings up both the resented authoritarian style of parenting, and the feel of sentimental Taiwanese TV dramas from 30 years ago.

Where Peppa succeeded is exactly where brands like Burberry failed.

In “What’s Peppa,” many of China’s anxiety points were present, tropes that could have been cultural hot buttons 20 years ago or even today – the perceived ignorance, poverty, and poor manners of the rural folks, a son’s guilt over leaving the aging father behind - yet the humorous tone clearly signals that there was no judgment and the familial love is the only thing that truly matters. The emotional generosity demonstrated here, often lost in our modern urban life, provides therapy in a time when it’s needed the most – CNY – and helps us to reground ourselves in authenticity.

4. Don’t lose your way in the East West debate

In an eagerness to pay tribute to a culture, advertisers can end up highlighting their misunderstanding of it.  Sometimes, to show that we are all the same in tastes, emotions, and aspirations can be powerful, even in the context of CNY.  The difference between Prada’s CNY campaign and Gucci’s brings this point to life.

Prada’s campaign, meant to be glamorous and nostalgic, is actually perceived as another instance of Western stereotyping with lots of slanty eyes, mysterious Chinatown ambiance and the color red.  This is a far cry from how Chinese young people understand China, as in the modern skyline of Shanghai or the dynastic elegance of the Forbidden City.

Gucci on the other hand ignored this “China vs. the world” rhetoric altogether. The CNY campaign featuring pigs as a design element is created for the global market, with only some exclusive items for the China.  This actually has been the campaign that has received the most praises from the consumer in the entire luxury category, perhaps driving home the point made by Harari, that we have only one civilization after all. What Chinese consumers see is that a Chinese cultural element inspired a collection from a top global brand, and that is reciprocated with consumers’ appreciation for the brand both as great fashion and as an advocate for Chinese culture.

Even when you’re trying to please, don’t forget what you’re about. Even the proverbial little emperors don’t really expect you to kowtow to them. The greater the brand is, the more you have to stay true to who you really are.

One blunder this year is NBA’s choice of their “CNY ambassador” – a young star named Kun, known for his fanatic following yet who also has the reputation of being a pretty face only. Fans of NBA are up in arms, seeing this as a sell out to the controversial “fans culture” in China.  Apparently, a move like this is designed to broaden the appeal of the sport, and you can debate the tradeoffs, yet the CNY is the wrong moment, creating more confrontation than inclusion in the process.

The CNY season has become such an important time for the advertisers – many put their best face forward during this time, less because their sales depend on the performance of this season, but to show that they’re part of China’s social and cultural scene and part of the family.

It’s a battle for hearts, and China doesn’t always wear its heart on the sleeves. Yet on many levels, today’s China is also easier to understand and communicate with than ever: appreciation, love, humor, and authenticity rules, and traditions or infatuation with the West no longer work the way they did before.

As China and CNY evolve, do brands have the urge to be part of this change and this conversation, or to hang on to their old understandings? 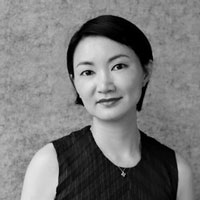