With Greta Thunberg as their poster girl and Extinction Rebellion as their leading light, Generation Z is leading the charge against fast fashion, says Majbritt Rijs.

If we learnt anything from the latest edition of London Fashion Week, it is that the conversation is changing. From Roland Mouret’s campaign against single-use clothes hangers – fashion’s plastic straws! – to Miuccia Prada encouraging consumers to “think how they spend it”, sustainability is hot news.

We already know the stark facts about fashion’s role in the climate crisis, although, to date, research shows not all consumers are well-informed. Our latest survey found British consumers put the industry in fifth place when rating the most significant contributors to climate change, behind oil, aviation, transport and farming.

It has been widely reported that clothing production creates more emissions than aviation and shipping combined. It also consumes freshwater at voluminous rates and contributes to chemical and plastic pollution. Meanwhile, an EU report published earlier this year accused some fast fashion brands of cultivating an attitude that clothing is “almost disposable”.

Netflix documentaries such as The True Cost and Extinction Rebellion’s behaviour at LFW, with its much-publicised die-in and funeral for the event, are putting the issue firmly on the public agenda. Now it is time for the industry to put its money where its mouth is.

Not that work addressing fashion issues hasn’t already begun. Millennial shoppers had already raised suspicions about the impact of fast fashion, not just on the environment but the people involved in their production. The UK government, meanwhile, has looked at solutions to tackle waste, such as placing 1p tax per item to avoid so much going to landfill. (That plan was rejected: the government said it believed “positive approaches” to dealing with waste textiles were preferable to imposing a ban on landfill. It is worth noting here that, according to the British Fashion Council, fashion contributes £32 billion to the UK economy and employs 890,000 people.)

So, it is down to Gen Z to show brands that it is time to change, that excess has now become unfashionable and is not something this generation is willing to accept as it becomes the consumer group with the most significant spending power.

While Gen Z’s deeply held environmental and social beliefs mark them out against previous consumer groups, it is not the only thing that makes them different. Their whole mindset is entirely new.

They love to shop and show it off on social media, despite their reservations about the fashion industry. But they are not big spenders; on the contrary, they are very price-conscious and like to save money.

Our survey highlights this contradictory nature of the younger generation. While 65% of British Gen Zers say price is vital to them when buying clothes, nearly 60% say they would pay 5% more for clothes that did not harm the environment.

Brands should be concerned that less than a quarter of this age group regard them as important. What this generation wants is transparency and authenticity – things they don’t feel they always get now. Our survey showed that 40% of younger consumers find it hard to know if a brand is behaving ethically; more than a third want fashion brands to be more transparent.

Digital natives through and through, Gen Z is both well informed and sceptical and willing to do research into companies and brands before purchase. Raised in the age of the trust-crisis, they are attracted to brands that demonstrate honesty.

Don’t mistake this for brand loyalty, however. They live in a brave new world where that no longer exists. Gen Zers do not define themselves through the brands they buy; they are occupied instead with cultivating their personal brands on social.

They will deftly move on to the next brand that demonstrates those open and honest values they’re looking for, particularly if the price point works for them. Any brand that does not meet their deeply held standards and beliefs should be prepared to face social media shaming.

We know Gen Z love to share and they do not hesitate to celebrate the good, or shame the bad. More than three-quarters of young Brits in our survey have shared stories about brands doing cynical, irresponsible or dishonest things.

Recycling and reusing old clothing speaks to Generation Z’s sensibilities. Thrift and second-hand shopping help to create a unique style or look that, in turn, can be used for their branding and social stories.

Initiatives such as using deadstock – unsold clothes from previous seasons – are also gaining traction, with designer Patrick McDowell, a leader of sustainable fashion, showing the way.

Younger generations are also questioning the need to own things at all, a Generation X obsession that is becoming increasingly outdated. The sharing economy is catching on with the rise of rental services: these range from MyWardrobe and Rent the Runway to peer-to-peer apps that help consumers access clothes while monetising their own wardrobes.

Gen Z is as unique as the style like to create, and their belief systems and behaviours are fresh and distinct from what has gone before. While socio-economic and political pressures are revolutionising the way we shop, the unconventional shopping habits of this generation might be the most transformative yet. 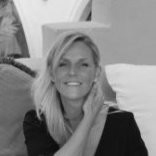