All brands need to innovate - it’s the only way of staying fresh, relevant and useful - but when, where and how to do it? Nick Burcher, Director of Digital at MediaCom and a judge for the 2017 WARC Awards, looks to the past to find innovation lessons for the future.

Innovation isn’t easy. It’s a venture into the unknown, and trying new ideas can be risky. New products, new processes, new approaches. Some might work, but some might not. What’s important, though, is that you learn from any failures to improve your chances of succeeding next time.

This summer I saw decades of innovation presented when I visited the Museum of Failure in Helsingborg in Sweden. The exhibition is now on a global tour and it is an homage to innovation and all of those products that didn’t quite work out.

Some things I’d seen before, some I hadn’t, but there was a much wider narrative than just ‘these products failed’. There were innovation lessons throughout the museum and pointers for brands thinking about the future.

Core innovation is based around incrementally improving familiar areas (e.g. product development such as improvements in digital in-car displays or new ad formats on media plans).

Adjacent innovation is about pushing forward, using core business to fund exploration into new areas (e.g. products such as connected cars or from a media perspective it might be moving into content).

Transformative innovation is the game-changing stuff – the ‘disruptive’ innovation that often occurs in niche markets and is ignored until it is too late by core businesses (e.g. products such as self-driving cars or marketing partnerships with ground-breaking new start-up companies).

I saw examples of all three areas at the Museum of Failure, and identified three lessons valuable to all brands:

1. Get your timing right.

Products that fail aren’t always bad ideas; sometimes, they’re just ahead of their time. Take the Sinclair C5, for example. The concept of small, battery-powered electric vehicle might have seemed ridiculous back in 1985, but the concept of electric cars is no longer far-fetched.

Or what about Boo.com, the fashion site where a virtual assistant would help you buy clothes online? E-commerce has taken off a bit since it failed in 2000.

Then there’s Modo, the handheld device that told you about a city’s dining and entertainment options and gave you coupons to spend. It was a nice idea, but needed to be an app on a phone, not a standalone device!

Timing is everything. Being first to market might do you more harm than good if you don’t have the tech to fully realise your idea.

Have you heard of the Apple Pippin, the gaming console made by Apple? It was on the market back in 1996-1997 but was too expensive and had a lack of games. There was also the Apple Newton, a personal digital assistant that didn’t work very well.

The museum claims that in 1997, Steve Jobs killed Newton when he re-joined Apple and re-deployed the talented mobile engineers onto other products. He knew when to quit. He also learnt a lesson from Pippin that ecosystems are nothing without content – something that fed the idea of the App Store.

Some ideas shouldn’t even get into the production stage, either because they’re engineered poorly, badly researched or just not thought out properly.

Take for instance, the interactive toy doll that has failed so miserably to safeguard privacy that Germany’s Federal Network Agency deemed it “illegal espionage apparatus.” Then there’s TwitterPeek, a non-real-time $200 tweeting device that could not access linked websites and only displayed 20 characters at a time.

Every brand is under pressure to come up with new ideas, but failing fast is important and getting feedback from prototypes and ‘minimum viable products’ is often better than failing with an expensive finished article.

Any established business is naturally focussed on growing and protecting its existing business. This can inevitably lead to a tendency to avoid disruption and large scale change.

Innovation needs to be delivered by design, not by accident and brands of the future need to both protect their core business and explore adjacent and transformative areas too.

Doing well today does not guarantee that you will be doing well tomorrow. Brands of today and brands of the future need to keep evolving and keep moving forward - not doing so may well result in your product exhibited in the Museum of Failure!

Effective Innovation is one of four categories in the 2018 WARC Awards, a global search for next-generation effectiveness ideas. The competition is open for entries until 12 February 2018. 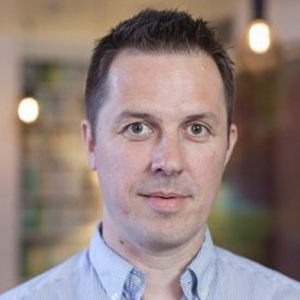 Nick Burcher is Head of social media for Europe, Middle East and Africa at MediaCom. He oversees the MediaCom social media offering across insights, content and paid media.