Facebook is moving to a Masterbrand strategy with a WhatsApp and Instagram rebrand. WARC’s Gabey Goh explores how the social network will navigate this new territory.

Social network Facebook’s recent announcement that it is renaming Instagram and WhatsApp has no doubt caused a few eyebrows to rise. Both apps will now be known as “Instagram from Facebook” and “WhatsApp from Facebook”.

The Information first reported on the branding change, noting that the move was “met with surprise and confusion internally” by staffers at the photo- and video-sharing platform and the messaging application.

In an email to AdWeek, a Facebook spokesperson said the company began testing the Instagram and WhatsApp rebranding during the spring, and it is now being rolled out more widely, adding that it has been discussed internally “for some time” and shouldn’t have come as a surprise to employees.

The company also pointed out that similar branding (by Facebook or From Facebook) was already used for the company’s Portal video-calling device, enterprise platform Workplace by Facebook and products from virtual-reality division Oculus.

But the rebranding comes at a time when the company’s reputation has already taken a series of hits on user data and privacy – kicking off with the Cambridge Analytica scandal in early 2018, a significant data breach later that same year and a class action lawsuit that alleges the company used facial recognition on photos without user permission.

Not to mention the recent US$5bn fine Facebook agreed to pay to the Federal Trade Communications in a settlement over privacy issues.

In contrast, its subsidiaries Instagram and WhatsApp have had a smoother time of things, apart from a data breach in May on Instagram affecting approximately 50 million users.

A Marketing Interactive report polling ad industry sentiment on the move described it as a “double-edged sword” given that many users remain unaware that the two apps are owned by Facebook.

The Information added that part of the motivation for the rebranding was Facebook CEO Mark Zuckerberg’s reported frustration over the parent company not receiving more credit for the growth of its two acquisitions.

During its recent earnings call, the company said over 2.1 billion people now use its family of applications—Facebook, Instagram, WhatsApp and Messenger—on a daily basis, and more than 2.7 billion do so on a monthly basis.

Facebook’s move to tie its apps closer to the overall corporate brand should come as no surprise to branding and marketing practitioners – a masterbrand strategy that serves as an anchor point for all its various products, brands and services. (For more read WARC’s What we know about masterbrand strategies.)

It is one of the key items on Facebook's global chief marketing officer Antonio Lucio’s list, having joined shortly after the Cambridge Analytica news broke – and is the first business-to-consumer marketer the company has had in its history, tasked with restoring its reputation with users and advertisers.

During a fireside chat at Advertising Week APAC held in Sydney in early August, Lucio admitted that it was an “interesting and daunting task” to undertake at a company “not used to direct consumer marketing and corporate communications.”

Amidst the multiple challenges facing the company, he said that the only way to drive change is by doing it as a team. From a marketing standpoint, the first thing the team is focused on creating a persona for Facebook’s corporate entity.

“It’s a challenge because both app and corporation are all the same and have been completely aligned in so many fundamental issues, yet we’re talking about WhatsApp, Instagram, Facebook and Messenger,” Lucio told attendees.

He noted that there is a need to create that corporate persona that “owns the responsibility part of the narrative” which is improving across the four dimensions of election interference, fake news, data management and privacy. And to then have such conversations as a corporation more directly with opinion leaders, journalists and consumers, and then allowing each of its individual apps to drive value.

“One of the most important things we can do is to preserve the integrity of our advertisers throughout the world is ensuring that the experience that each of our users have within the app is meaningful and valuable.

“The only way that we can manage that equation well is by creating a corporate entity that will have its unique look, feel and voice. And as a third point, ensuring that there is attribution. That everybody understands that the experience at Facebook, WhatsApp, Instagram or Messenger is all coming from the mother brand which is the Facebook Corporation,” said Lucio. 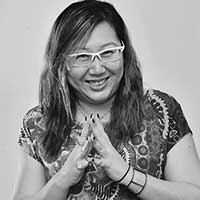