Facebook’s ambitious Live Maps project points to the revolutionary power of AR, writes Arnaud Robin, Director of Innovation at We are Social Singapore.

Facebook this week spoke about its plan to ‘map the world’ at its Oculus Connect conference, where it announced its ‘Live Maps’ project, focused on multi-layer representations of the world. This is all made possible thanks to crowdsourced data, traditional maps, and footage captured through phones and AR glasses.

The tech giant pointed to a number of use cases, such as identifying objects in the real world via digital labelling, receiving notifications in thin air, and even interacting with holographic avatars as a way of being closer to real people, who may be physically out of reach.

This look ahead to the future may seem like science fiction, but it is in the process of being made possible. It brings us one step closer to an entirely new type of internet, largely fuelled by AR and leading to an interactive, intuitive and contextual blend of digital and real-world environments.

If out on the street, looking at a restaurant, you may automatically see reviews, the menu, and recommendations. Or, standing in front of a cinema, you may see film-showing times or receive special offers, all without searching or typing into a device. The information could be displayed to you, automatically, hopefully allowing you to make more effective decisions, faster.

One obvious requirement when creating such an AR infrastructure, is sufficiently powerful and user-friendly devices. With work going on behind the scenes to develop new AR glasses, it seems the priority right now is the development of the rich web of content sitting behind these potential new experiences.

At the same time, the devices we carry in our pockets are becoming increasingly powerful. While there was no big AR reveal at Apple’s unveiling of its latest smartphone on 10 September, the evolution of the smartphone’s capability does also bring a world of sophisticated, branded AR one step closer. Of course, 5G will only fuel more effective applications of this type of mixed reality experience, too. And there are still rumours about a 2020 Apple AR headset, of course.

We are really just scratching the surface of AR as things stand, but such graphic representations of the relatively near-term future are still big news for forward thinking brands.

And, partly as a result of this gradual, technological evolution, brands’ forays into AR are, in turn, slowly looking more sophisticated.

But brands are beginning to get creative with AR technology

One of the most memorable examples of the technology being used in advertising was Burger King’s ‘Burn that ad’. Consumers could burn the ads of the fast food chain’s competitors via its official app in exchange for a free Whopper, in a campaign that caused a stir thanks to its originality and irreverence.

The New York Times and Google also worked together to bring ads for the Netflix show Stranger Things to life via AR. The whole experience being available on Google Lens, meant that anyone who owned an Android phone could trigger the AR effect.

Similarly, LEGO’s ‘Hidden Side’ range allowed users to build a model then scan it with a mobile app to play games and discover secrets, giving a new dimension to its toys and adding an extra layer of interest.

The tech already has a fairly clear place in retail. Just take L’Oréal’s experimentation on platforms like Facebook or Amazon, making it possible to virtually try on makeup before buying. And Gucci’s clever use of the technology, allowing shoe shoppers to try on remotely, thanks to AR, before they buy.

Even in the more apparently removed worlds of education and the arts, AR has a potential role to play. We need only look at Tate Britain and Facebook’s joint efforts up to "augment" classic artworks and create a new form of connection between museum visitors and art, for instance, enabled by AR.

The fact is, AR is a revolutionary technology. It will augment our lives, bring information to us often without even the touch of a button.

Brands must pay attention to this experimentation. When developing branded AR, it’s important to have front-of-mind the whole meaning of the word ‘augment’. AR can be used most effectively to highlight something that’s not visible at first glance, to uncover something previously hidden or locked away.

We are at the cusp of a long-term shift in how humans obtain information and interact with the world around them. Therein lies endless potential for creativity.

Arnaud Robin
Director of Innovation, We are Social Singapore 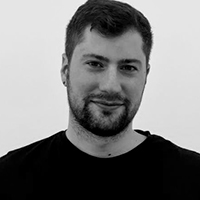