Amid rising fuel prices and a strong government push, India is slowly but steadily accelerating ahead with electric vehicles. In this Spotlight India series, WARC India Editor Biprorshee Das examines the opportunities and challenges facing green mobility on the subcontinent.

This article is part of a Spotlight series on green mobility in India. Read more

If I had to ask how many have heard of the band The Buggles, perhaps I wouldn’t get a very enthusiastic response. Perhaps. Then again, I suspect the show of hands would be more encouraging if I started humming “Video Killed the Radio Star”. Rang a bell, didn’t it? Why am I beginning a Spotlight India introduction with a pop music reference? Well, simply because I absolutely love the song for the story it told – to replace a popular technology with another one. And maybe we are on the brink of narrating a similar story.

This edition of WARC’s Spotlight India looks at electric vehicles and how India is faring in putting more EVs on her roads. Is it goodbye ICE already? Of course not! It will be a while before that happens and the infographic we have put together for this edition with the help of GWI states just that.

Sure, the data might tell you that it is still early days for EVs but the fact is that the number of electric vehicles on the roads has gone up significantly, particularly in the last couple of years. It is not just the low-powered e-scooters anymore; there is an increasing number of regular passenger vehicles, public transport and delivery app fleets being powered by batteries. Indeed, it’s finally, to use a cliché, an idea whose time has come (thanks, Victor Hugo).

Why talk about EVs now

A data point to consider: the latest Justdial Consumer Insights report states that the demand for electric cars in India has gone up by 134% this festive season. What is interesting is that the higher demand was seen in Tier 2 cities.

McKinsey says that by 2030, India will be the second-largest market for electric two-wheelers. Again, we have seen a steady rise in players in the segment in recent times. There are young enthusiastic startups and established players too, all making an indelible mark. Why, leading motorcycle brand, Royal Enfield, has expressed its interest to test waters as well.

Observations like these make for the EV story in India to be a compelling one to explore.

There are several reasons why the adoption of EVs has risen recently. Rising fuel prices and the government push must be at the top of the list.

Petrol and diesel crossing the Rs 100/litre mark is no insignificant event. As a cost-conscious consumer, will I not look for the next option? EV to the rescue. By no means is an electric vehicle cheap because it is more expensive to purchase. An Ather e-scooter will set you back by a little over Rs 100,000 while a 110cc Honda Activa will be cheaper, of course. Then again, the idea is that the running cost will be lower. A good enough reason.

The Indian government has lofty environmental goals too. It is leaving no stone unturned, committing at the Conference of the Parties 26 Summit to have EVs account for at least 30% of all private automobiles by 2030. The Chandigarh administration announced its intention to make the Union Territory a model EV city with the highest zero-emission vehicles among Indian cities in five years. It is therefore little surprise that the government is pulling out all the stops when it comes to regulations and policies.

Add to these the public’s increasing concern for the environment (although data and studies show it isn’t the biggest priority when choosing an EV) and the novelty factor, and one can see why EVs are on the rise.

As stated earlier, it is a long, dreary road ahead for EVs to become mainstream. And the road is riddled with challenges. Be it range anxiety, safety, the charging infrastructure or apprehension to tread into uncharted territory, there are concerns galore on the minds of the consumer. Then again, every challenge will present an opportunity.

Safety, for instance, is perhaps the primary concern among Indian consumers. Recent incidents of malfunctioning e-scooters and batteries blowing up haven’t helped. But in a story that is still unfolding, EV brands are working hard to put such concerns to rest.

We spoke to Madhumita Agrawal, co-founder and chief executive officer of Oben Electric, who assured us that safety isn’t an issue the startup is taking lightly. Oben, one of the latest entrants in the segment, launched Rorr, an e-motorcycle pitted against some of the most popular ICE models this year.

“There is a proper consumer onboarding process that is part of our sales process. We will be sharing certain dos and don’ts with the customer to ensure the battery life is better and the bike performance is too,” she said, emphasising Oben’s battery is one of the safer and better performing ones and the measures in place to ensure user safety.

Ashraf Engineer, executive director of Pitchfork Partners, dedicated his knowledge paper to this issue and offers some advice to EV brands.

“The critical thing to watch is what the industry is doing to solve the issue and how it is reassuring customers that the problem has been fixed, that there are safeguards against a recurrence and that investing in EVs continues to be the smart and responsible choice,” he said.

So how long before the EV becomes mainstream? Quite a while apparently. The above-stated fears will have to be put to rest and for sure, there must be reasons more than just doing good for the planet. As mentioned, we found it is something that isn’t at the top of the priority list. And contributors to this edition agree too.

Vishal Nicholas from Dentsu Creative India said, “Unfortunately, very few consumers in India are willing to move to EVs primarily for the sake of the environment. In our interactions with consumers, we have always found that the 3Cs – cost, convenience and connectivity – are bigger drivers than saving the environment.”

Time to dig deeper then. Consumer psychology and needs must be better understood by marketers. A mere radical technology change will clearly not be enough.

“When EVs can match ICEs vehicle-for-vehicle, from hatchback to sedan to SUV, they have entered the game, giving marketers something to offer every segment of society, from the pragmatic to the ideological,” said Leo Burnett India’s Bonnie Michael.

I particularly liked what Arun Raman, Grey India’s chief intelligence officer, had to say about this. He is of the firm view that it will be a differentiated experience from conventional automobiles that will encourage green mobility. And he had some advice for marketing teams as well.

“The need of the hour is a complete re-jig of industry tropes. The marketing department needs the expertise of people who have built and sold brands across mobile telephony, smart TVs, digital cameras and such. Bringing in conventional automobile marketers to sell EVs is like asking couch potatoes to sell fitness bands – they just don’t get it,” said Raman.

So where do we go from here? The foundation has been clearly laid out although I hope no one is in a hurry, for solid change must be gradual. I leave you with an insight from the knowledge paper by the strategy team at 21N78E.

“The framing of EVs as a replacement for the ICE is one of the reasons why it is facing a tough time in terms of acceptance. But as the landscape and allied industries become mainstream, it will be a separate/alternative mode of transportation, co-existing with the ICE vehicles.”

This completely kills my Buggles reference though!

The fault in our cars: Electric mobility challenges to overcome in India
21N78E Consulting Labs

Electric push: How and when EVs will be mass market in India
Vishal Nicholas
Dentsu Creative India

EVs: Not just another mode of transport but a way of life
Arun Raman
Grey Group India

The EV crisis: How to win back consumers’ trust in India
Ashraf Engineer
Pitchfork Partners

WARC Infographic – EVs in India: Stepping on the pedal
WARC 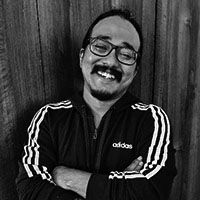