As we celebrate some of the most exciting football taking place right now – the Women’s Euro 2022 championships – it’s often the default to compare awareness of the women’s game with the men’s. The general conclusion that it has kicked off with “a distinct lack of buzz” is an unfair comparison, and one that is masking more optimistic signs of progress.

The danger in continuously comparing women’s sports to men’s is that it hinders growth opportunities by painting a narrative that is dismissive and factually incorrect.

Let’s make one thing clear: there are huge challenges facing women’s football, and women’s sport in general. From pay parity and media representation, to equitable grassroots access to facilities and better governance of coaching, the list goes on.

There’s so much to fight for, to lobby for, and inequality to dismantle and bring into the spotlight. Many of these conversations will naturally be anchored around a comparison: pay parity (compared to men), access to facilities (compared to boys), media representation (versus male counterparts).

While comparison is natural in the conversation around equality, because there must be some benchmark or reference point, it is unhelpful and – in this case – setting women’s sports back.

Over the past several years, women’s football has seen increased metrics across the board – in attendance, viewership, sponsorships, fan engagements and even merchandise sales.

We know from a study published by The Collective Think Tank and St. Gallen University that 88% of fans would watch more women’s football if it was on television. We are seeing the positive effects of that in this year’s Women’s EUROS.

When looking at the success of women’s sports and women’s football, there are several key areas to benchmark and not against men’s football.

It is clear that fans are interested in watching women’s football, both on broadcast and in person. With 250 million people expected to be reached via broadcast, as well as 96,000 international visitors from 95 territories set to visit the host cities, women’s football will help to generate £54 million in economic impact. England’s last match garnered 5 million viewers in the UK, and even the games featuring Spain on Friday and holders the Netherlands on Saturday last week both surpassed new records for group-stage fixtures not involving the host team. While the quarter final between England and Spain broke viewing records.

With such an increase in viewership and engagement, brand leaders should feel confident in pushing broadcasters through their advertising commitments to show more women’s football.

Ticket sales are the indicator of how a community is built and women’s football is clearly creating a name for itself as fans pack into a stadium to celebrate their teams and favourite players.

This Women’s Euro has already broken live attendance records, with 69,000 fans crammed into Old Trafford to see England beat Austria in the tournament opener. Added to this, all indicators suggest the event is on track to more than double the 240,000 attendees that turned up to The Netherlands in 2017.

As in men’s sport, sponsorship helps to fund better programs - it pays for better facilities, services, coaching, operations etc. I would argue that women’s football is a white space for commercial partners to reach a diverse and affluent fan base.

The opportunity for a brand to grow, have positive attribution and return in affiliation with women’s football is vast. According to City AM, supporters are forecast to spend £175m, with more than £38m on hospitality.

And with innovative and forward thinking partners like Lego, LinkedIn, Pandora, Starling Bank and Gillette Venus investing in the tournament, the impact of it will be seen and felt in more spaces, ad units and social feeds than ever before.

Albert Einstein observed that “comparison is the thief of joy.” We need to be careful how we anchor our comparisons when it comes to women’s sport. With decades, if not centuries, of a head start, men’s sports of course will lead women’s in nearly every category. By consistently using men’s sport as a reference marker, we not only sell women short but miss the bigger picture of the excitement, fanaticism, consumer spend and engagement that is skyrocketing in women’s football today.

Women’s sport deserves to be measured by its own yardstick. 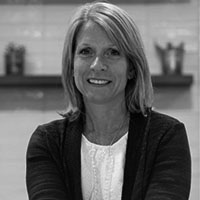